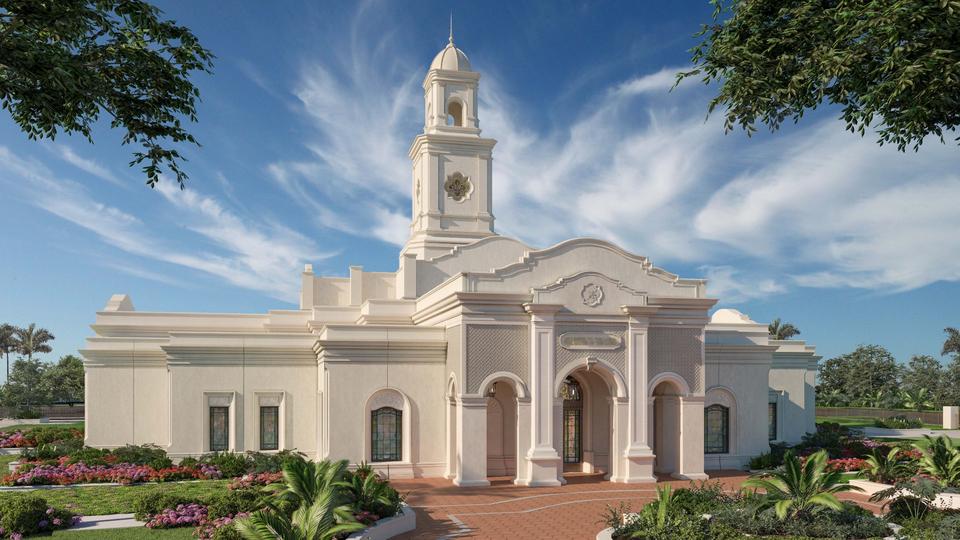 The First Presidency of The Church of Jesus Christ of Latter-day Saints has announced groundbreakings for the Bentonville Arkansas Temple and the McAllen Texas Temple. Renderings of the temples have also been released.

Church leaders will break ground for the Bentonville Arkansas Temple in November 2020. Elder David A. Bednar, a member of the Quorum of the Twelve Apostles, will preside over the ceremony remotely. 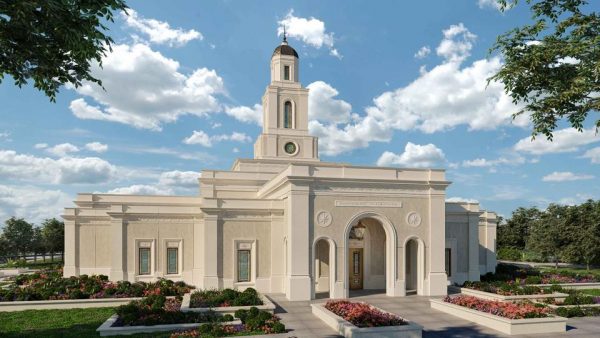 A rendering of the Bentonville Arkansas Temple.

The Bentonville Arkansas Temple, which was announced in October 2019 by Church President Russell M. Nelson, will be built on an 8.8-acre site located at 1101 McCollum Road.

The single-story temple will be approximately 25,000 square feet with a center spire. The temple will share the site with an existing meetinghouse.

The McAllen Texas Temple groundbreaking ceremony also will take place in November 2020. Elder Arthur Rascon, an Area Seventy, will preside at the event. 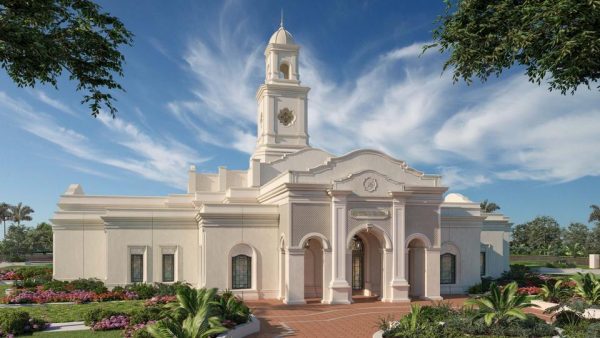 The McAllen Texas Temple will be built on a 10.6-acre site on the northwest corner of Second Street and Trenton Road. Plans call for a single-story temple of approximately 25,000 square feet. A meetinghouse will also be built on the site.

The McAllen Texas Temple was announced by President Russell M. Nelson during the October 2019 general conference. This will be the fifth temple in the state of Texas. The others are in Dallas, Houston, Lubbock and San Antonio. In 1990, there were more than 154,000 Latter-day Saints in the state; today, Texas is home to over 350,000 members of the Church.

Due to local government social distancing guidelines, attendance at the groundbreaking ceremonies is by invitation only. Photos and video of the event will be available to the media and public on Newsroom after the groundbreaking services.

The Church has also announced the location of the Syracuse Utah Temple. This temple, which President Nelson announced in April 2020, will be located on a 12-acre site at the intersection of 2500 West and 1025 South in Syracuse, Utah. 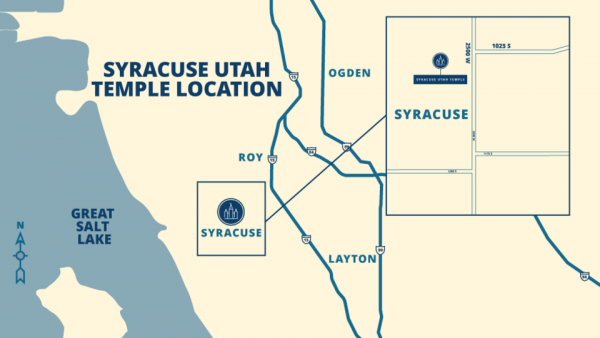 Plans call for a three-story temple of approximately 89,000 square feet. An exterior rendering will be released later. A groundbreaking date has not been set.

Utah currently has 17 operating temples. In addition to Syracuse, temples have been announced in Orem, St. George (Red Cliffs), Taylorsville and Tooele Valley. Temples in Layton and Saratoga Springs are currently under construction.

Temples of The Church of Jesus Christ of Latter-day Saints differ from meetinghouses or chapels where members meet for Sunday worship services. Each temple is considered a “house of the Lord” where Jesus Christ’s teachings are reaffirmed through baptism and other ordinances that unite families for eternity. In the temple, Church members learn more about the purpose of life and make covenants to follow Jesus Christ and serve their fellow man.