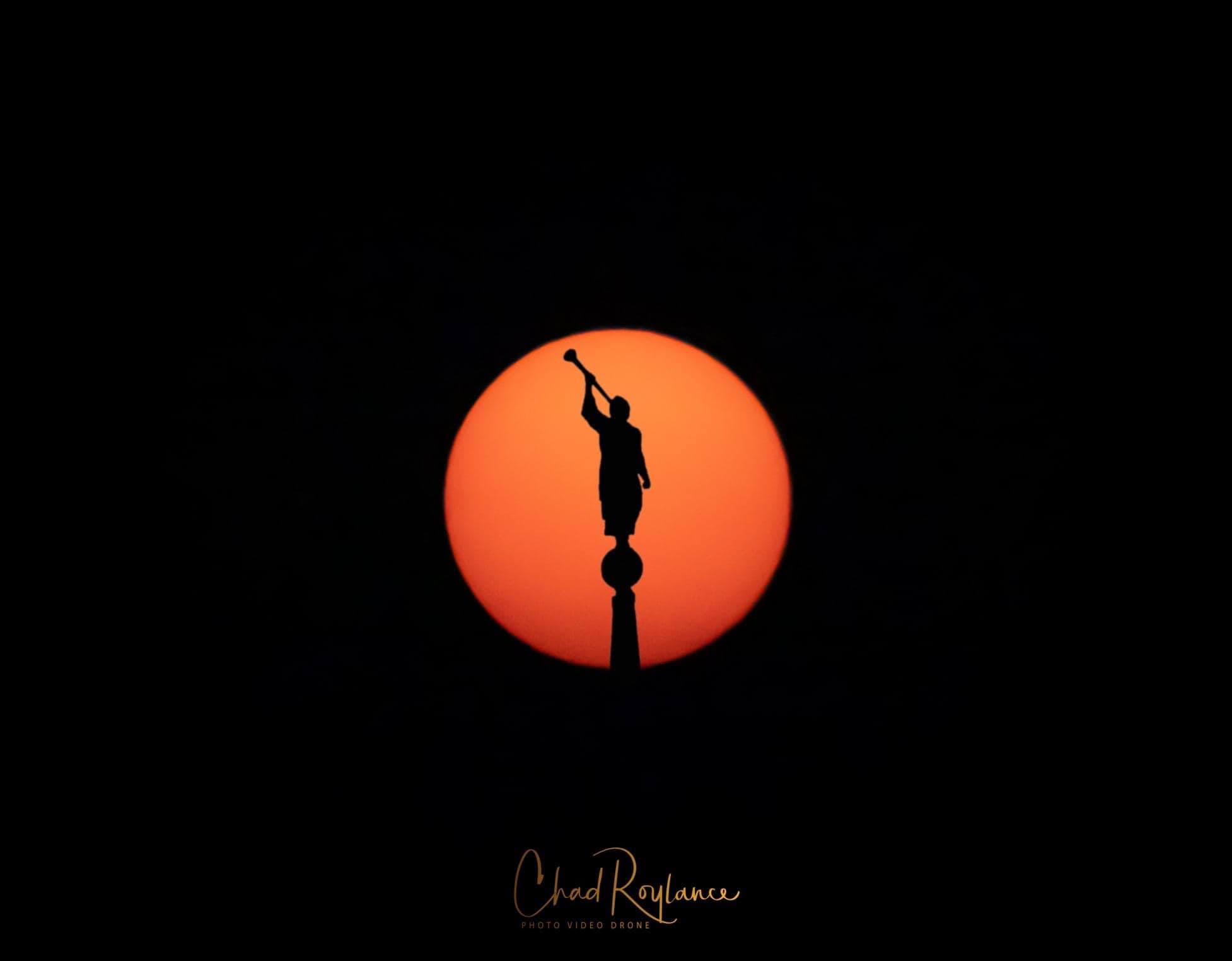 The following was shared by Chad Roylance and is posted on Called to Share with his permission.

A picture is worth a thousand words. Unlike most of my pictures, this one has a story.

I shot this picture on the night of August 20th as the sun was setting through the smoke and haze caused by the California wildfires. The smoke had traversed two states and settled in Northern Utah causing grey skies, watering eyes, and some of the most spectacular sunsets I have ever seen.

I was taking photos from my home in North Ogden when I had the idea for this picture. I rushed into my house grabbed the equipment I thought I would need for the shot and hopped into my car.

I knew I only had a ‘few minute’ window to capture the shot and I still had to find the perfect spot to line up the shot, set the camera settings and install the camera filters needed to capture a shot staring directly into our sun. I admit I may have broken a couple traffic laws on the way downtown.

I parked my vehicle across from the temple, set my camera settings for the shot I wanted and installed the filters needed. I then spent the next 5 minutes or so moving frantically left, right and up and down the hill directly across the street from the temple trying to frame the shot.

It must have been pretty comical to witness a fat guy lugging 10 pounds of camera equipment around his neck running around in what to anyone observing looked completely random.

I finally found the perfect spot on a small road off of 22nd street, uphill slightly from the temple, and had a couple minutes to spare while waiting for the sun to get into position.

While waiting, I started taking random shots of the mountains and scenery through the smoke. It was during this time that a couple of older women on a walk noticed me and one of them coyly stated, “You must really like taking pictures of ‘gunk’.”

I smiled and at that moment turned around and snapped the picture you see on this post. It was, in my mind, a perfect shot. I didn’t need to take another.

I turned to the woman, presented the digital screen of my camera to her so she could see the shot I had just taken and said, “Sometimes it takes the ‘gunk’ to see the beauty around us.” 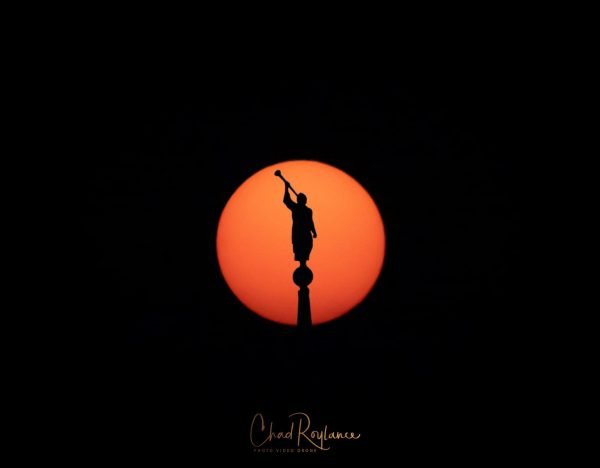 She looked at the picture for a few seconds and looked at me and said with her voice trembling, “That’s exactly what I needed to hear today, thank you.” and she walked off.

Sometimes it takes the ‘gunk’ to see the beauty around us.