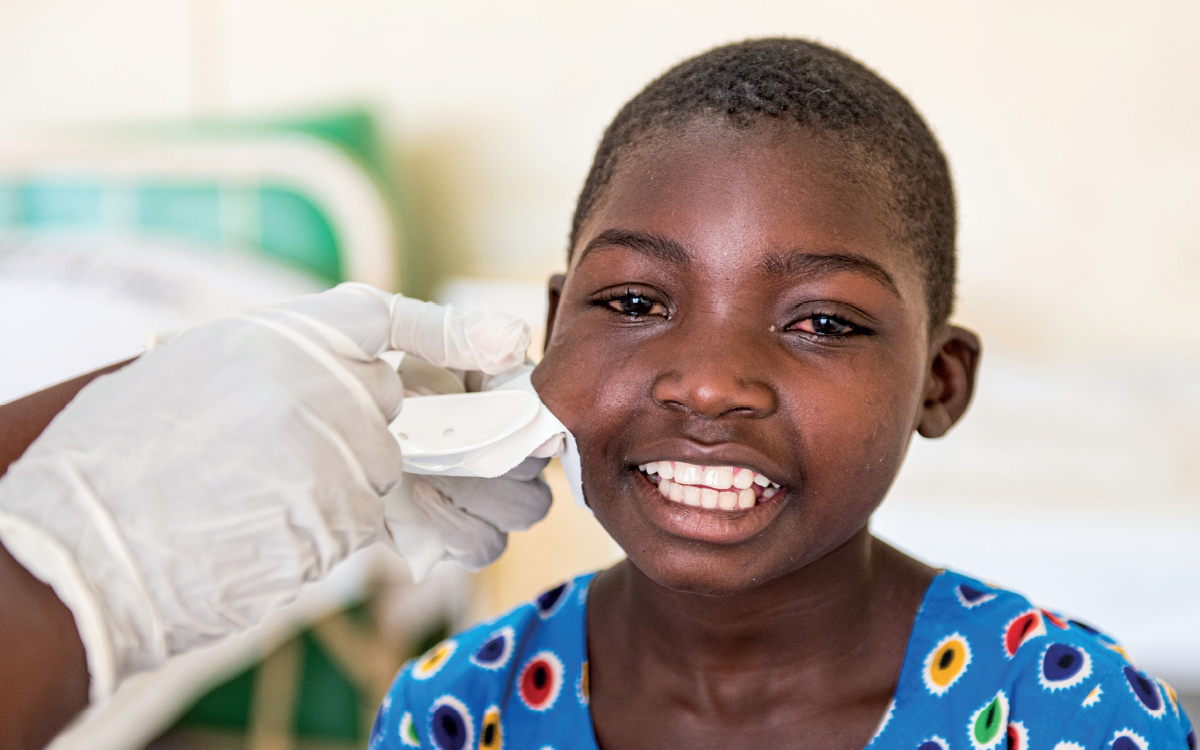 Mary, age 10, is one of four children in her family. They live in Neno District, a dry, rural, hard-to-access region in southwest Malawi. Mary’s mother, Martha, says her other children were cruel to Mary due to her limited vision. Sometimes the children in the community would refuse to play with her because of her sight problems, and she became isolated.

Mary’s limited vision had severely affected her education. At the time, teachers didn’t realize she had cataracts. 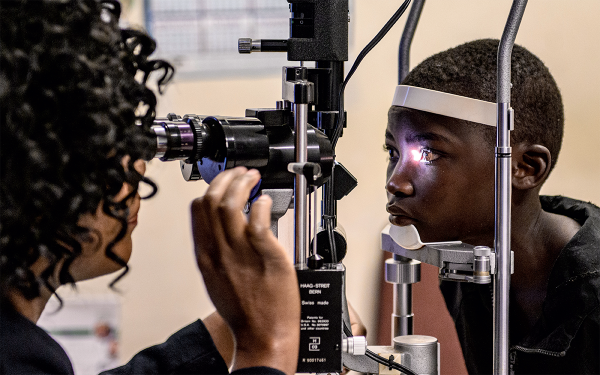 Mary at her vision assessment. © Sightsavers

Initially, they asked her to sit at the front of the class, where she squinted, and her vision continued to deteriorate.

Mary’s situation demonstrates the importance of Sightsavers’s volunteer case finders. These volunteers go into communities to find children like Mary whose families are unaware of the treatment options available.

After identifying Mary and counseling with her family about the option of surgery, Sightsavers transported her and her mother to the hospital for further vision assessment. Unfortunately, on Mary’s arrival at the hospital, Dr. Msukwa said Mary could not undergo cataract surgery because she had malaria. The anti-malaria medication would conflict with the medicines for the surgery. But because Sightsavers had identified Mary’s vision problem and brought her to the hospital, she could now receive the treatment she needed for malaria. 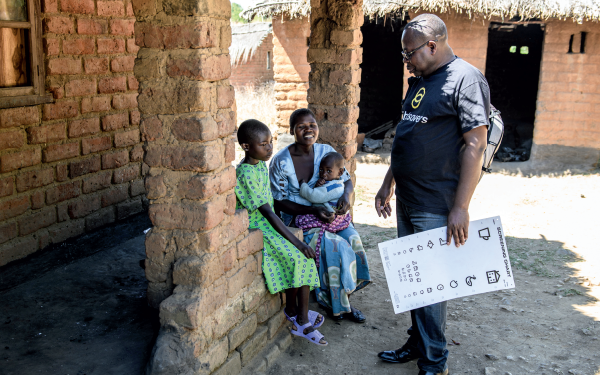 Mary before her vision screening. © Sightsavers

Latter-day Saint Charities, in partnership with Sightsavers, is helping children like Mary receive treatment to improve their eyesight.

Luckily, a week later, Mary was well enough for her surgery. Dr. Msukwa successfully operated on both of Mary’s eyes, and her sight was restored. Mary and her parents are delighted with the results. 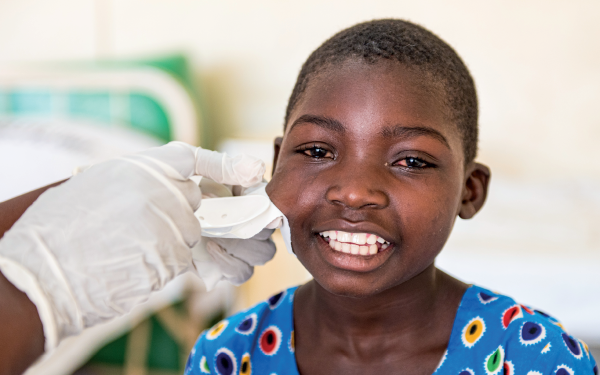 Mary says the first thing she saw after her surgery was her eye patch. © Sightsavers

Martha says: “I’m very thankful that Sightsavers has come to our rescue. We’re not able to get that kind of assistance on our own. [My] hope is that she’ll be able to read. That’s my hope. And working towards becoming a teacher and a doctor.”

Mary says that her eyes feel fine after the surgery. “Now I can see much, much better and very clearly compared to before. Now I can do house chores like cleaning the house, washing dishes, and I can tend to some goats as well. I go to school and now I am very happy,” Mary says.

Mary’s father, Francis, says that Mary is more independent now. She’s able to do most things on her own. Before her surgery, she was somewhat shy. Now she is interacting with people more than ever before. 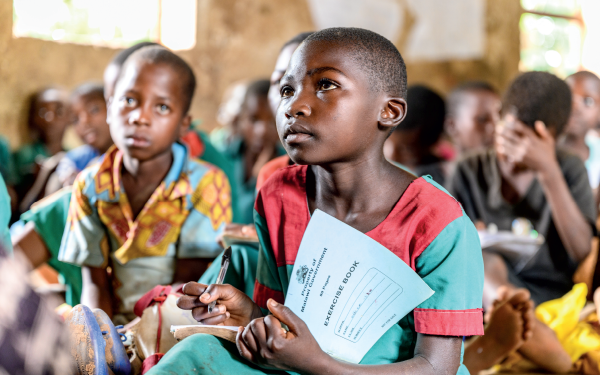 Mary at school after her cataract surgery. © Sightsavers

Francis continues: “We have noticed a huge difference since the operation. She wasn’t able to do many things before the operation, but now she is able to do schoolwork properly and help at home. … When she brings the notebooks home, they are well written, whereas before she couldn’t do things like that.”

Thanks in part to funding from Latter-day Saint Charities, Mary now has the chance to gain an education and to participate more fully in her family and community life. Her future is brighter, and in the meantime, her happiness has improved beyond measure. 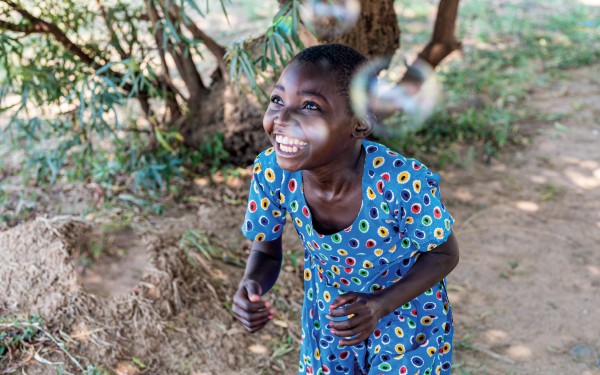 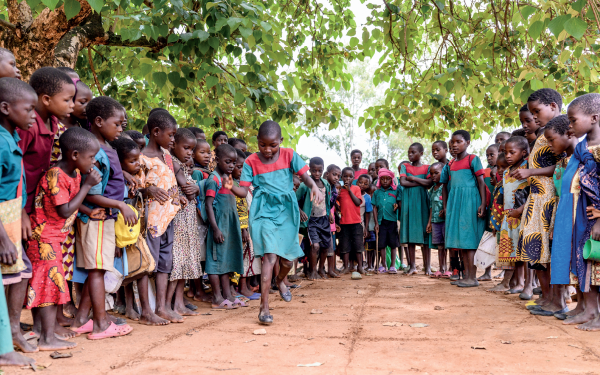 Mary playing at school after her cataract surgery. © Sightsavers

Watch: How the Woman Caught in Adultery teaches us about Relying on Our Rock, Jesus Christ
← Previous
WATCH: Latter-day Saint YouTuber Invites World to Find Their Talent and Share It
Next →

This is touching. Thank you Lds charities.