How to Avoid Being a Jerk to Gay People 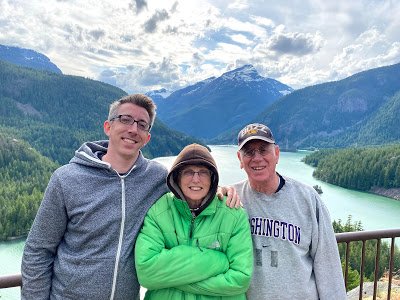 The following post was written by Ben Schilaty and is shared on Called to Share with his permission.

I don’t know about you, but I have a lot of experience being a jerk. I rarely behave like a jerk on purpose, it happens most frequently with the people I love, and almost always because I lack empathy.

For example, I’ve been a total jerk to my dad. His life has gotten considerably harder since my mom was diagnosed with Alzheimer’s four years ago. I have recommended to my dad multiple times that he move my mom to an assisted living facility.

The solution is so obvious to me that I can’t help but tell him what to do over and over again. But he doesn’t listen to me, so I watch him choose to make his life harder by keeping my mom at home.

A few months ago, I was staying with my parents for a few weeks. I don’t recall what prompted it, but I decided to take a mental journey. I imagined what it would be like to do what I had so often recommended–to take my mom to an assisted living center.

And then I pictured her alone in an unfamiliar place. After thinking through that possibility, I realized in that moment that I was telling my dad to do something that I couldn’t do. 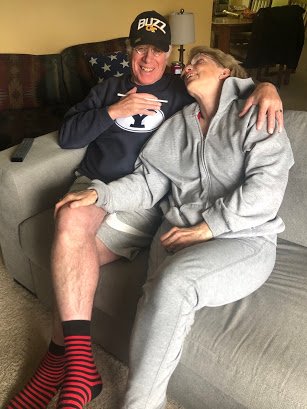 My advice to my dad had been the wrong advice because I didn’t truly take the time to understand the implication of my advice on my mom. That night I wrote a long entry in my journal praising my dad.

He was giving my mom the best gift he could by allowing her to be in her home, and he was doing it at great personal sacrifice. I had been so focused on fixing his problem that I failed to understand his commitment to his wife.

In Acts 15, amid the rapid influx of gentiles into the church, the leaders of Christ’s Church had a meeting to figure out what to do with all the new members. Some of the Pharisees in attendance insisted that the Gentile converts needed to keep the law of Moses.

I don’t know if they this took this position because of centuries of tradition, or because the Gentiles were different from them and made them feel uncomfortable. Whatever the reason, these Pharisees were kind of being jerks.

In the midst of their lively debate, Peter rises from his seat and asks, “Now therefore why tempt ye God, to put a yoke upon the neck of the disciples, which neither our fathers nor we were able to bear?”

A lot of well-meaning people have been truly unkind to me and other LGBTQ Latter-day Saints. I attribute this unkindness to ignorance and not to malice. So if you are not a gay Latter-day Saint I’d like to make an invitation.

Take some time, some real solid thinking time, to go on a mental journey. Put yourself in the shoes of your LGBTQ brothers and sisters and ask yourself what you would do if you experienced their challenges. Here are some situations to consider that reflect some of my lived experience:

Agency is contextual and our decisions are not made in a vacuum. The majority of my LGBTQ Latter-day Saint friends have distanced themselves from the Church in some way.

I know very few like me who are committed to a life of singleness and committed to moving forward in the Church. Why are there so few of us? Where are all the happy, thriving, single gay Latter-day Saints?

Of the LGBTQ Latter-day Saints you know, how many of them have stepped away from the Church? Why is that? What isn’t working? I think that part of the way that we are unintentionally being jerks is by completely blaming their leaving on them.

I know they’re not meaning to, but parents can really be jerks to their LGBTQ children. I worry that some parents are afraid that the Atonement won’t work for their kids. So they push them to make the “right” choices. They can’t understand why their kids would make choices different from the ones they have made.

If parents and have taught their children truth, and have helped them have experiences with the Spirit, then they just have to trust that their kids can find their path.

I have been able to make the choices I have made because my family gave me the freedom to make hard choices. Because there was no one putting a yoke on my neck.

When parents express confidence in their children’s ability to receive revelation then they are more likely to seek that revelation and follow it. If we push people to do what we want them to do all we’re really doing is pushing them away. And we’re kind of being big jerks. 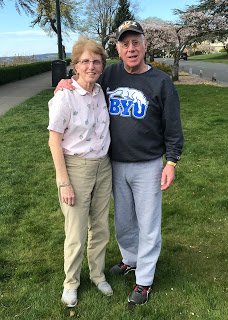 We can never really know what it’s like to be someone else, but it’s a real gift when we try. And we can trust the Savior to guide our actions, and the paths of those we love.

Watch: How the Woman Caught in Adultery teaches us about Relying on Our Rock, Jesus Christ
← Previous
Saving Mary's Sight in Malawi
Next →

Wow! The fact that you and I share the same experience of unintentionally being a jerk to elderly parents really hit me hard! Thank you for sharing your experiences and offering others the chance to step into another person's shoes. I'm trying to gain and teach compassion to my children for others different than themselves and hope for it for ourselves and our mental illnesses. God speed!

Loved this. You are not alone

Love this Ben!! I dont want to be a jerk and appreciate your invitation to put myself in others shoes! Sure love your parents! Amazing people and amazing example to us all!

I really appreciate your thoughts and point of view. Thank you for sharing this article with the world. To Trevor Walker who commented you were on the fence I’d like him to read just a little further down in Revelation 3:20-21. We all need to show mercy and love especially to those whose lives and circumstances we don’t understand.