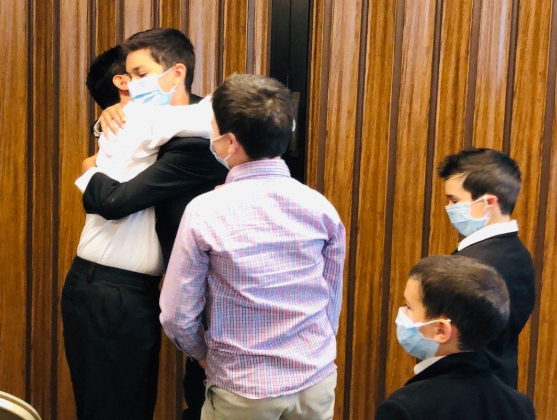 When nine-year-old Daniel moved to his new school, he felt unsure of himself, but he quickly made new friends. He had fun with the boys in his class, and his favorite time of day was recess, where he loved to play tag and kickball.

One day, Daniel noticed that a new student, who didn’t speak English very well, was being teased by some of Daniel’s friends. Daniel’s heart started beating fast, and his palms began to sweat. He was nervous about confronting his friends but couldn’t let them bully this new boy.

Daniel told his friends to stop bothering the new boy, Sebastian. The boys gave Daniel an ultimatum – if you are friends with Sebastian, we won’t be your friend. Daniel chose to keep on defending Sebastian, and those boys stopped playing with him. 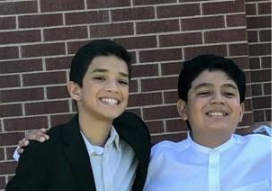 Daniel continued to make a point of including Sebastian in class and recess. Daniel speaks a little Spanish, so he sat next to Sebastian in class and would help him with his English. He invited Sebastian to play with him at recess. While the other boys ostracized them for the rest of the year, Daniel formed a close-knit group of friends, including another hard of hearing boy who was also being teased.

Sebastian was very happy to have a new friend that would stand up for him. He told his mother, Vanessa, and she called Daniel’s mother to thank her. She was so surprised that a young boy would show such Christ-like love to another boy he barely knew.

Vanessa began inviting Daniel for play dates with Sebastian every Friday at their home. Vanessa noticed that Daniel was very respectful and got along very well with Sebastian. She would buy pizza or takeout for the boys, and Daniel would bless the food before eating. He wouldn’t swear or use bad language, and he and Sebastian always had a great time together.

This friendship continued over the next several years.

Daniel’s parents invited Sebastian and his parents to their home on several occasions. During one of those dinners, the topic of religion came up, and Daniel found out that Sebastian and his mother weren’t members of The Church of Jesus Christ of Latter-day Saints. Daniel’s parents invited Vanessa to hear the discussions. Although Vanessa didn’t reject them outright, she said she was really busy.

That didn’t stop Daniel. He began to invite Sebastian to Cub Scout activities. He also invited Sebastian to come to church. Sebastian came to church several times with Daniel, including on one occasion where Daniel was singing in a Primary Presentation.

Daniel began to pray that his good friend Sebastian would be baptized.

After more than three years of friendship with Daniel, the COVID-19 pandemic caused them to have to pause their Friday night play dates for over 1 month. Vanessa saw how much Sebastian missed Daniel and despite her worries about the virus, she took Sebastian to the park to distract him.

While Sebastian was on the swing, two sister missionaries sat down on the park bench by Vanessa and started a conversation. Vanessa told the missionaries about Daniel and his mother. Because of that conversation, she decided to take the discussions.

It seemed to Vanessa that all the experiences of the past two years led them both to accept what the sister missionaries were teaching. During a few of the missionary discussions, Daniel’s mom also sat in on the discussions and shared her testimony.

Vanessa and Sebastian were baptized a few weeks after hearing their first formal missionary discussion. Daniel and his family were there at Sebastian and Vanessa’s baptism. They sang “Love one Another”. Daniel offered the opening prayer, beginning with the words, “Dear Heavenly Father, I am so thankful that Sebastian is finally getting baptized…”

Aww what a great missionary... I loved it ❤️But of course Daniel was race by an Amazing mother and a great dad.