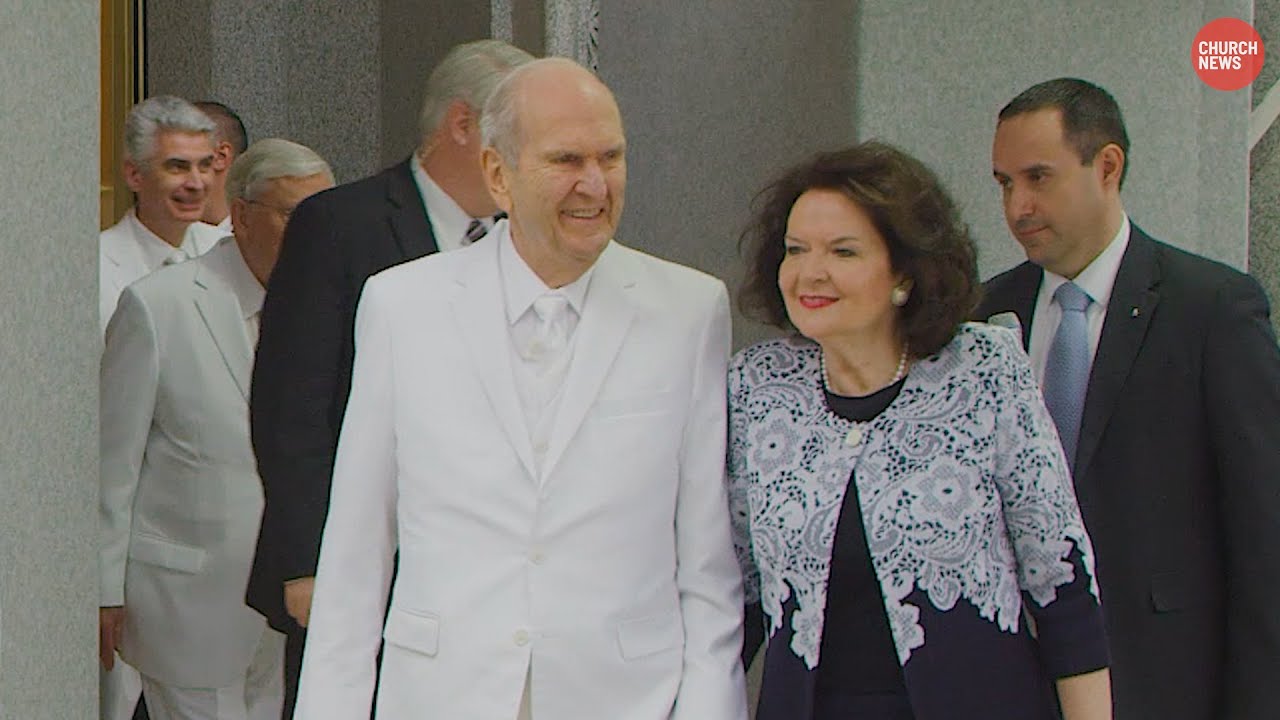 President Russell M. Nelson and his wife, Wendy, sat down with the Church News and discussed the topic of temple closures during this COVID-19 pandemic.

Four months after closing all 168 temples worldwide in response to the COVID-19 pandemic, The Church of Jesus Christ of Latter-day Saints resumed the performance of all living ordinances in 12 temples on July 27.

President Nelson and his counselors in the First Presidency — President Dallin H. Oaks and President Henry B. Eyring — said the move was part of “a carefully coordinated, cautious, and phased reopening of temples” impacted by the pandemic.

President Nelson speaks about the painful decision to close the temples in this new Church News video. He said the power of God is manifest in temple ordinances.

“The purpose of the Church is to bring the blessings of God to His children on both sides of the veil,” he said. “So, only in our temples do we receive the highest blessings that God has in store for His faithful children. So, how difficult was it to make the decision to close the temples? That was painful; it was wracked with worry.”

To close the temples would deny all for which all those Brethren gave everything, but we really had no other alternative.” Temple closures are temporary, emphasized President Nelson. “Temples will be opened again, cautiously and carefully, in stages. Even though temples have been closed, family history research and work has taken a huge leap forward; more names are being added.

And remarkably, through all of this, the voluntary fast offerings of our members have increased. “I’ve learned that even through clouds of sorrow, there can be silver linings found.”

Sister Wendy Nelson shared the following in the interview:

“In January and February, every time I went to the temple, I felt like I wanted to do multiple sessions. That’s really unusual; I usually do that twice a year.

Early March, I said to my husband, “At this point, I have done the number of ordinances

that I typically would do in a five-month period — just in two months.”

Well, little did we know that the temple would then be closed for three months. So, that’s all about how the Lord will actually prepare us.”

even through clouds of sorrow, there can be silver linings found.

The Pros and Cons of Getting Your Teen Their First Phone
← Previous
Investigator Rejects CES Letter and Finds Truth in Book of Mormon Which Leads to Conversion
Next →
Comments are closed.
0 shares