Hands and Arms as Trophies of Valor: Examples from Archaeology 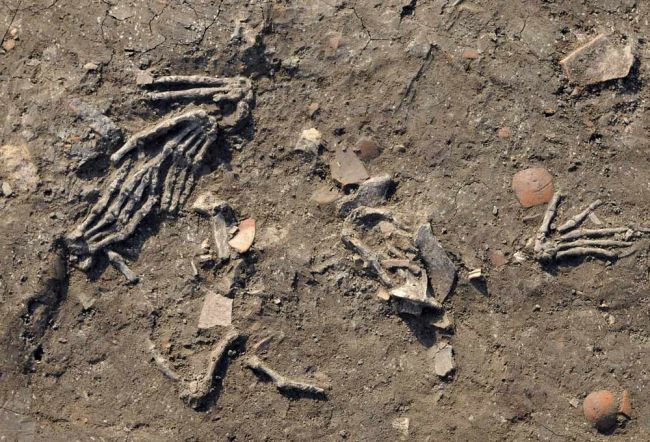 This article was originally published on Book of Mormon Central and is published here with permission.

In the Book of Mormon, Ammon cuts off the arms of his Lamanite attackers at the waters of Sebus, and his fellow servants take those severed arms and present them to king Lamoni as “a testimony of the things which they had done” (Alma 17:39). Taking the body parts of one’s defeated enemies as trophies of valor and as a witness of how many were killed is a well-known practice throughout the ancient world, both Old and New.

Evidence for such practices has been well known for a long time. In the mid-1980s, researchers John M. Lundquist and John W. Welch first mentioned these practices in connection with Book of Mormon. They cited the murals on the Gates of Shalmaneser III, a 9th century BC king of Assyria, which depict soldiers bringing back the heads, hands, or feet of their defeated enemies, as well as scribes using these tokens of triumph to tally the number of enemy soldiers killed. Similarly, the Egyptian temple at Medinet Habu, from the time of Ramses III (12th century BC) contains a mural depicting a pile of hands collected for counting how many were killed in battle. 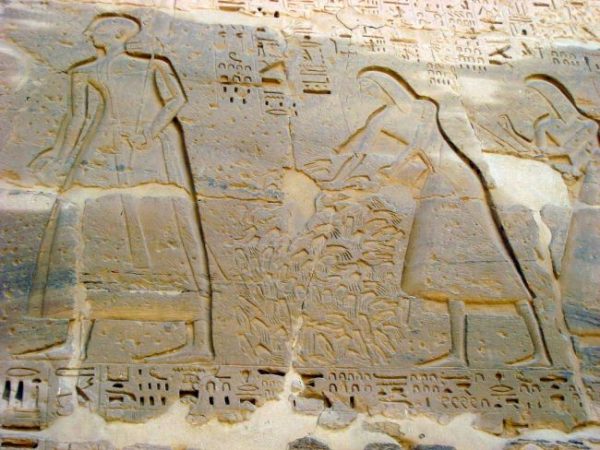 Mural at the Egyptian temple at Medinet Habu.

In 2011, renowned Austrian archaeologist and Egyptologist Manfred Bietak led an excavation at a Hyksos Palace in Egypt. Among the findings was “two pits with altogether 14 cut off right hands,” and another two pits with an additional hand in each.1 “One may think of a ‘gold of valour’ ceremony for successful soldiers in front of the palace,” Bietak noted, further explaining:

It [the “gold of valour” ceremony] is known according to the tomb inscription of Ahmose, son of Ibana, from El-Qab from the late 17th/early 18th Dynasty onwards as a trophy for counting slain enemies and receiving the gold of valour from the crown as a distinction.2 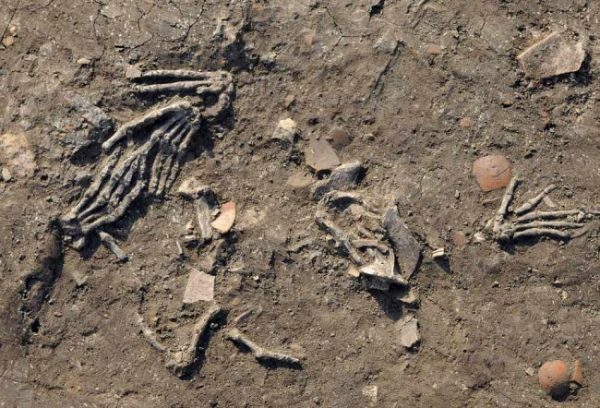 Hands and Arms as Trophies of Valor: Examples from Archaeology #bookofmormon

Bruce Yerman cited examples from the New World in an article published in 1999. Since Yerman’s article was written, the book The Taking and Displaying of Human Body Parts as Trophies by Amerindians was published in 2007, edited by anthropologists Richard J. Chacon and David H. Dye.

The editors note, “The removal of heads, scalps, eyes, ears, teeth, cheekbones, mandibles, arms, hands, fingers, legs, feet … for use as trophies by Amerindians was an ancient and widespread practice in the New World.”3 In 2016, a pair of anthropologists commented on a Maya vase from the Classic period (ca. AD 250–AD 900), which depicts a basket filled with severed arms and other human remains. The basket is being presented to a deity as a representation of “triumphs over enemies.”4

In both the Egyptian “gold of valor” ceremony and the ritual depicted on the Maya vase, the limbs of one’s enemies are presented as evidence of valor or triumph. This is similar to the account of Ammon in the Book of Mormon. While others showed fear, Ammon “went forth and stood to contend” with the king’s enemies. He slew 6 men with his sling, and then “smote off” the arms of his attackers “with his sword” (Alma 17:34–38). When the servants returned to the palace, they “went in unto the king, bearing the arms which had been smitten off by the sword of Ammon, of those who sought to slay him; and they were carried in unto the king for a testimony of the things which they had done” (Alma 17:39).

Elder Christofferson: The Book of Mormon is the Lord’s Instrument of Conversion
← Previous
What If We Have Martha All Wrong?
Next →
Comments are closed.
6 shares