Joseph Smith’s Last Dream: “I Felt As If I Truly Was in Heaven” 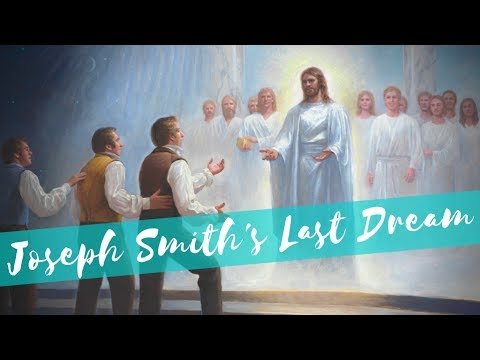 Two days before his martyrdom, Joseph Smith told W. W. Phelps about a prophetic dream he had a few nights prior. W. W. Phelps did not publish the account until 1862, but when he did, he titled it: “Joseph Smith’s Last Dream.”

W. Phelps did not publish the account until 1862, but when he did, he titled it: Joseph Smith’s Last Dream.

Joseph Smith said: “While I was at Jordan’s in Iowa the other night, I dreamed that myself and my brother Hyrum went on board of a large steamboat. Shortly after we went on board, there was an alarm of fire, and as delay was folly, I and Hyrum jumped overboard and tried our faith at walking upon the water.

At first, we sank in the water nearly to our knees, but as we proceeded, we increased in faith and were soon able to walk upon the water. We proceeded on the bosom of the mighty deep and were soon out of sight of land.

Joseph Smith’s Last Dream: “I Felt As If I Truly Was in Heaven”

The ocean was still; the rays of the sun were bright, and we forgot all the troubles of our Mother Earth. Just at that moment, I heard the sound of a human voice, and turning round, saw my brother Samuel. 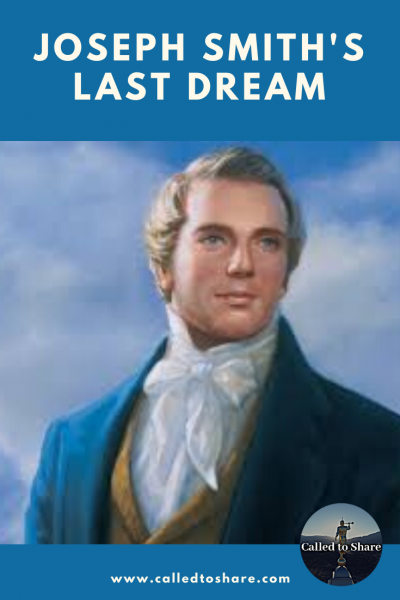 He informed me that he had been lonesome and had made up his mind to go with me across the mighty deep. We all started again, and in a short time were blessed with the first sight of a city.

The next scene was more than I can describe: The greeting of old friends, the music from a thousand towers, and the light of God, Himself, at the return of three of His sons, soothed my soul into a quiet and a joy that I felt as if I truly was in Heaven.

I felt as if I truly was in Heaven.

Message from BYU Football Alum About His Two Loving Fathers Is The Message We Need To Hear
← Previous
Emma Smith's Last Dream: "Where Are The Rest of My Children?"
Next →
Comments are closed.
59 shares