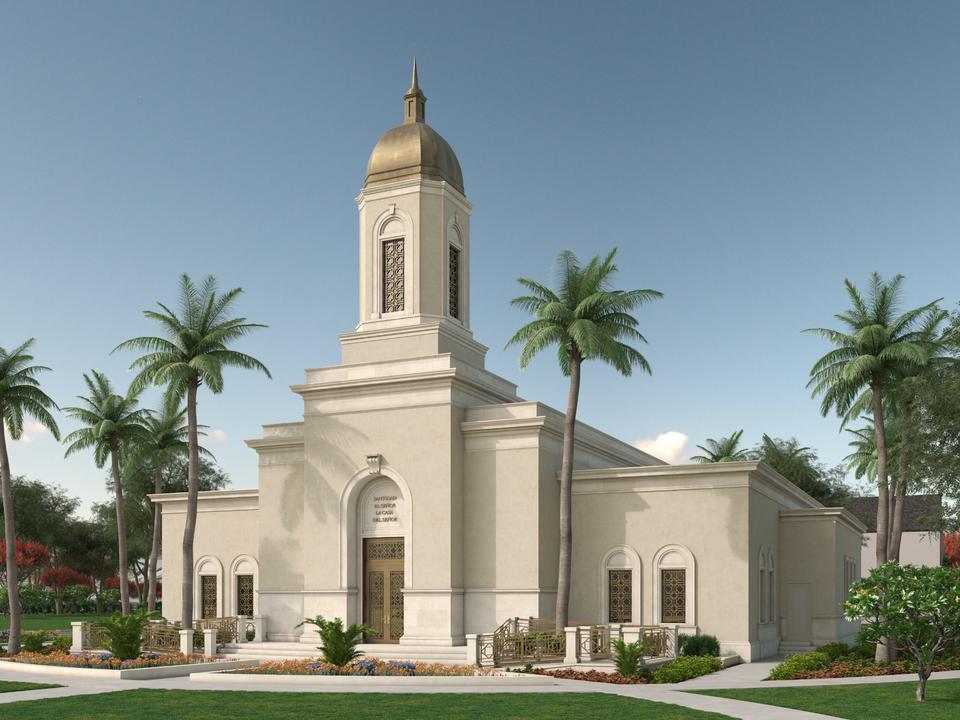 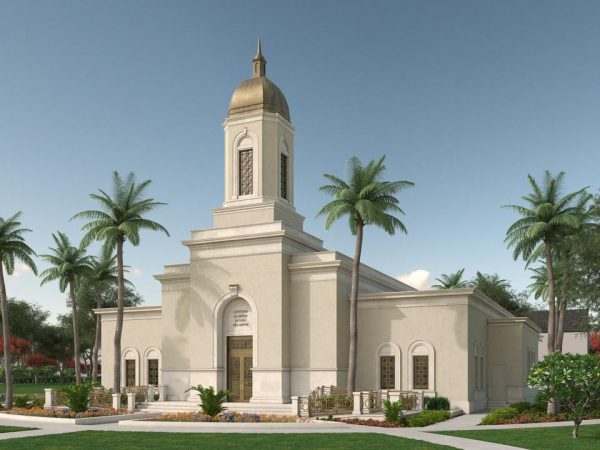 A rendering of the Cobán Guatemala Temple.

The Cobán Guatemala Temple will be built on a 5.4-acre site adjacent to 4a. Avenida 4-48 Zona 8, Barrio Bella Vista, in Cobán, Guatemala. Plans call for a single-story temple of approximately 8,800 square feet. A meetinghouse and temple patron housing will also be built on the site.

The Okinawa Japan Temple will be located on a half-acre site at 7-11, Matsumoto, Okinawa Shi, in Okinawa-ken, Japan. Plans call for a two-story temple of approximately 10,000 square feet. A temple patron waiting area will also be added on to an adjacent existing meetinghouse.

Detailed design plans for these temples are still being developed. Further information will be made public later. Groundbreaking dates have not been set.

The Cobán Guatemala Temple was announced in October 2019 and will be that country’s third temple. More than 281,000 Latter-day Saints live in Guatemala in nearly 440 congregations. Missionaries first arrived in the Central American country in 1947. 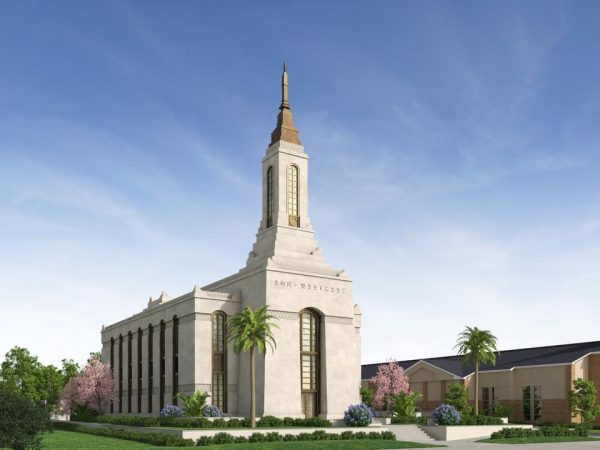 A rendering of the Okinawa Japan Temple.

The Okinawa Japan Temple was announced in April 2019 and will be the fourth in that country. Japan is home to more than 130,000 Latter-day Saints spread throughout more than 260 congregations. The Church has been in Japan since 1901.

Latter-day Saints consider temples to be the “house of the Lord” and the most sacred places of worship on the earth. Temples differ from the Church’s meetinghouses (chapels). All are welcome to attend Sunday worship services and other weekday activities at local meetinghouses. The primary purpose of temples, however, is for faithful members of the Church to participate in sacred ceremonies, such as marriages that unite families forever and proxy baptisms on behalf of deceased ancestors who did not have the opportunity while living.

Release the Balloons and I'll Catch Them in Heaven
← Previous
President Nelson Vacuuming Is One of the Best Things on the Internet
Next →
Comments are closed.
0shares