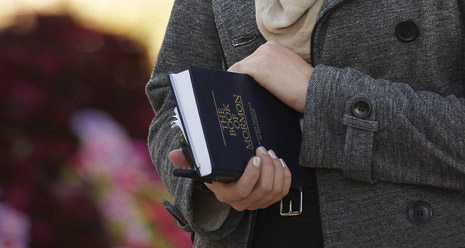 The quoted excerpts in this article come from Tad R. Callister’s book, “A Case for the Book of Mormon” which can be purchased in hard copy from Deseret Book or in audiobook format using the Deseret Bookshelf App.

Some say Joseph was a genius and wrote it while battling schizophrenia, yet others say he was too ignorant to write and therefore plagiarized or was heavily influenced by content found in other books. A specific theory from the plagiarism camp is the Spaulding Theory. 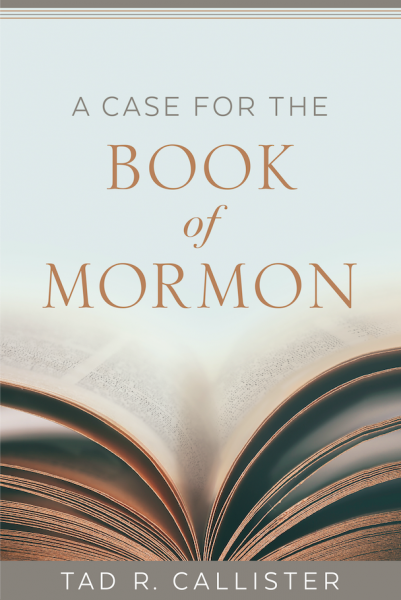 The following is an excerpt from “A Case for the Book of Mormon” which challenges many of the false theories of the origin of The Book of Mormon, the Spaulding Manuscript theory being one of them.

One such theory alleged that Joseph Smith conspired with Sidney Rigdon to create the historical setting of the Book of Mormon from an unpublished manuscript written about 1812 by a man named Solomon Spaulding, who had once been a Protestant minister. This document, known as “the Spaulding manuscript,” is a fictional account of ancient Romans who were sailing for England but were blown off course and landed in North America.

As rumors spread about similarities between the Spaulding manuscript and the Book of Mormon, two critics of the Church, Doctor Philastus Hurlbut (a former member of the Church who had been excommunicated for immoral behavior while on a mission) and Eber D. Howe, obtained the unpublished manuscript from Spaulding’s widow with the intent to print it and expose the Book of Mormon as a fraud.

To their great disappointment, however, they could not find the similarities for which they had hoped. Hurlbut admitted: “I obtained a manuscript . . . which was reported to be the foundation of the ‘Book of Mormon.’ . . . Upon examination I found it to contain nothing of the kind, but being a manuscript upon an entirely different subject.”16

To hide the embarrassment, Howe speculated that there was a second manuscript that was the real source of the Book of Mormon, but this manuscript was allegedly lost and therefore conveniently could not be compared to see if plagiarism had occurred. Other than hearsay, there is no evidence that a second manuscript ever existed.

Eventually, the “first” and only known manuscript was found in 1884 by L. L. Rice, who many years earlier had purchased the office and supplies of the aforementioned critic, Eber Howe.17 He discovered the alleged smoking gun among the personal papers of Mr. Howe, who had previously claimed the manuscript to be missing. Knowing of its purported connection to the Book of Mormon, Mr. Rice, James Fairchild (who was then president of Oberlin College), and others—none of whom were members of The Church of Jesus Christ of Latter-day Saints—reviewed the Spaulding manuscript and concluded: “[We] compared it with the Book of Mormon, and could detect no resemblance between the two, in general or in detail.”18

No wonder Sidney Rigdon, who was falsely alleged by some to have used the Spaulding manuscript to write the Book of Mormon, called this theory “a moonshine story . . . the most base of lies, without even the shadow of the truth.”19

David Whitmer confirmed the foregoing historical facts in an interview with Joseph Smith III (the son of Joseph Smith Jr., the Prophet): “He [David Whitmer] states that Elder Sidney Rigdon was not known to the Elders of the Church until long after the Book of Mormon was issued; and that of his knowledge Elder Rigdon had nothing to do with the manuscript of the Book of Mormon; that he [David Whitmer] was familiar with Joseph Smith, the methods of translation, and the circumstances connected with it and the publishing of the book, and from this acquaintance knows that the Spaulding manuscript story is false and without a shadow of truth in it.”20

[We] compared it with the Book of Mormon, and could detect no resemblance between the two.

With the passage of time, even various critics of the Book of Mormon have acknowledged the massive holes in this theory. For example, one such critic, Isaac Woodbridge Riley, wrote: “The commonly accepted Spaulding theory is insoluble from external evidence and disproved by internal evidence.”21

When I was in my twenties, I saw a notice from the Church History Department stating that a copy of the Spaulding manuscript could be purchased for a dollar. I ordered a copy and likewise found no meaningful resemblance whatsoever between the two books.22 In spite of the foregoing, a few critics continue to beat this dead-horse theory hoping it will run, even though it has not had a heartbeat for over a century.23

I would highly recommend Callister’s, “A Case for the Book of Mormon” to anyone and everyone. Tad R. Callister explained in the preface of the book who he wrote it for:

*Footnote references can be found in the book, “A Case for the Book of Mormon”

Living Descendant of Joseph Smith Shares His Journey of Finding the True Church
← Previous
Fascinating Viewer Reactions to "The Chosen" That Will Make You Want To Watch It Now
Next →
Comments are closed.
1 shares