In case you haven’t been online during this quarantine and are completely oblivious to Mat and Savanna Shaw – one of the many incredible stories that have emerged in the pandemic – I want to tell you about this father-daughter duo that is taking the internet by storm.

Mat and Savana Shaw filmed a duet singing “The Prayer” and posted it online for friends and family to see. That was just the beginning. More videos uploaded and close to 50 million views later, this family is bringing hope and happiness in a time where it is in short supply.

10 Things You Want to Know About Mat and Savanna Shaw

1. Mat is not a professional singer.

Contrary to popular belief, father Mat is not a professionally trained singer. While your ears might be confused to know that, the reality is that he is a real estate agent. Music has always been part of his life, but never the main focus. Based on the backdrops of their music videos, you can see that they have a beautiful home as well!

Savanna is a unique teenager, and I personally LOVE the fact that she waited so long to get social media because I believe it is very damaging when placed in young hands. Mat explained that until recently Savanna had never had social media and only asked for it so that she could start a singing Instagram account to keep in touch with her choir friends since practices were canceled. 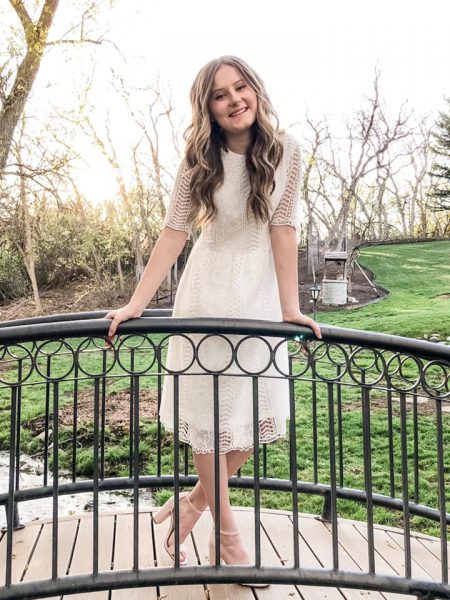 YouTube takes a lot of work and it isn’t easy to be successful. Let alone reach the Silver Play button status (achieved at 100,000 subscribers) in ONE MONTH! Yet, that is exactly what Mat and Savanna did. Way to go Mat and Savanna for making such an immediate impact! We can’t wait to see what the future holds!

Savanna has instantly gained her own measure of fame and has thousands looking up to her, but Savanna has her own role models. Word has it that the biggest of these is singer, Lexi Walker. If you don’t know who Lexi is, this Frozen video with Alex Boye that has over 105 million views might ring a bell.

5. Savanna is Taller Than Her Mom

For Mother’s Day, Savanna posted a wonderful tribute to her mother who has taught her daughter “to be authentic and brave.” She has taught Savanna to love who she is – and I bet her thousands of new fans have been a boost to Savanna’s confidence as well.

In this touching Mother’s Day post on Instagram, we learn a lot about her mother, including the fact that Savanna at age 15 is already taller than her mom. (Or maybe Savanna just has heels on?)

Happy Mother’s Day to this cute mama of mine! I am so grateful for everything that my mom has done for me through the years. She is my #1 supporter and has been here for me no matter what. She has taught me to be authentic and brave. She has taught me to love who I am. She gives so much of herself selflessly for other people. I hope to be at least half the woman she is one day. I love you forever mom!💕

6. Mat Had Surgery That Could Have Affected His Voice

When Mat was due for surgery a few years ago, Savanna was worried about the well being of her father. Mat’s dad passed away at the age of 38 (Mat was 14 at the time). It concerned Savanna that the family didn’t have any recordings of her father singing up to that point (he was 37 at the time), so she asked him to do a recording of that song. Now close to 5 years later, you can watch a video recording that was just recently released of Mat singing the song Evermore on their new YouTube channel.

7. Kelly Clarkson Had Them On Her Show

Mat and Savanna appeared on the Kelly Clarkson show. Kelly, of course, was on the first season of American Idol and has wowed fans ever since with her powerful voice. You can see their interview click here.

8. Savanna Has Never Loved the Spotlight

You’d be surprised just seeing how well Savanna is behind the camera, but she has always been immensely shy. Her dad stated in an interview that when they posted their first video online and so many people saw it, a lot of Savanna’s friends weren’t even aware that she could sing that well. Perhaps a lesson to us all from this is to not hide your talents!

According to an article in the Deseret News, Mat “always loved singing. As a child, he had dreams of recording music and being on Broadway. But that all changed when his dad died. He was 14 years old. After his father’s death, his family suffered some financial hardships and moved from Los Angeles to Kaysville.”

Mat eventually pursued a different career, putting the needs of his growing family first, realizing that music wouldn’t be the most stable way to provide an income to support his family. If I was a betting man, I’d say that the chances of Mat, and Savanna, making it on Broadway are pretty high. While Mat’s dreams most definitely haven’t come true the way he imagined, they’ll come true!

For each video they release, Mat and Savanna record an audio track in Mat’s closet, with a microphone that is propped up by some pajamas and plugged into an iPad. Definitely not fancy, but it certainly gets the job done.

They then record the video portion and sing to the audio track. The finished video filed is then uploaded to YouTube and Facebook. To see more of their equipment setup, you can see some pictures in this article.

Mat and Savanna have been a breath of fresh air. With all the chaos that surrounds us – not just from COVID-19, but from contention in government, natural disasters and the like, it’s been such a joy to hear these two bring hope and peace to millions throughout the world

Written By
Ben Arkell
More from Ben Arkell
WEST HAVEN, Utah — A 19-year-old Roy High School graduate and Western Nebraska...
Read More
In case you haven’t been online during this quarantine and are completely oblivious to Mat and Savanna Shaw – one of the many incredible..." />