The Anti-Responsibility List – One of the Foremost Anti-Christ Doctrines 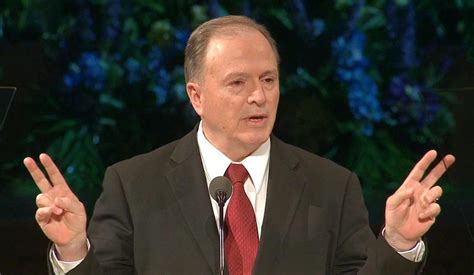 The following list was compiled by Lynn G. Robbins of the Presidency of the Seventy. He used this as the basis for his talk that he gave during a BYU Education Week in 2017.

Agency without responsibility is one of the foremost anti-Christ doctrines—very cunning in its nature and very destructive in its results.

To illustrate, I want to share a list of things that Satan tempts people to either say or do to avoid being responsible. This list isn’t all-inclusive, but I believe it covers his most common tactics.

1. Blaming others: Saul disobediently took of the spoils of war from the Amalekites; then, when confronted by Samuel, he blamed the people (see 1 Samuel 15:21).

2. Rationalizing or justifying: Saul then rationalized or justified his disobedience, stating that the saved livestock was for “sacrifice unto the Lord” (1 Samuel 15:21; see also verse 22).

3. Making excuses: Excuses come in a thousand varieties, such as this one from Laman and Lemuel: “How is it possible that the Lord will deliver Laban into our hands? Behold, he is a mighty man, and he can command fifty, yea, even he can slay fifty; then why not us?” (1 Nephi 3:31).

4. Minimalizing or trivializing sin: This is exactly what Nehor advocated (see Alma 1:3–4).

5. Hiding: This is a common avoidance technique. It is a tactic Satan used with Adam and Eve after they partook of the forbidden fruit (see Moses 4:14).

6. Covering up: Closely associated with hiding is covering up, which David attempted to do to conceal his affair with Bathsheba (see 2 Samuel 12:9, 12).

7. Fleeing from responsibility: This is something Jonah tried to do (see Jonah 1:3).

10. Rebelling: Samuel then rebuked Saul “for rebellion.” “Because thou hast rejected the word of the Lord, he hath also rejected thee from being king” (1 Samuel 15:23).

11. Complaining and murmuring: One who rebels also complains and murmurs: “And all the children of Israel murmured against Moses and . . . said . . . , Would God that we had died in the land of Egypt!” (Numbers 14:2).

12. Finding fault and getting angry: These two are closely associated, as described by Nephi: “And it came to pass that Laman was angry with me, and also with my father; and also was Lemuel” (1 Nephi 3:28).

13. Making demands and entitlements: “We will not that our younger brother shall be a ruler over us. And it came to pass that Laman and Lemuel did take me and bind me with cords, and they did treat me with much harshness” (1 Nephi 18:10–11).

15. Indulging in self-pity and a victim ­mentality: “Behold, these many years we have suffered in the wilderness, which time we might have enjoyed our possessions and the land of our inheritance; yea, and we might have been happy” (1 Nephi 17:21).

17. Procrastinating: A twin of indecision is ­procrastination. “But behold, your days of probation are past; ye have procrastinated the day of your salvation until it is everlastingly too late” (Helaman 13:38).

18. Allowing fear to rule: This one is also related to hiding: “And I was afraid, and went and hid thy talent in the earth. . . . His lord answered and said unto him, Thou wicked and slothful servant” (Matthew 25:25–26).

19. Enabling: An example of enabling or ­helping others to avoid responsibility is the instance when Eli failed to discipline his sons for their grievous sins and was rebuked by the Lord: “Wherefore kick ye at my sacrifice and . . . honourest thy sons above me . . . ? (1 Samuel 2:29; see also verses 22–36).

When you consider this list with Laman and Lemuel in mind, you will see that they were guilty of nearly everything on the list. It is this list that destroyed Laman and Lemuel. It is an extremely dangerous list.

Agency without responsibility is one of the foremost anti-Christ doctrines.

When reading 1 Nephi and 2 Nephi, we can only try to imagine how difficult it was for the members of Lehi’s family to leave their home, obtain the brass plates, camp out for eight years in the wilderness, and build a large ocean-going vessel. The responsibility that faced the ­family was indeed formidable. Yet, as difficult as a responsibility may be, “difficulty is the excuse history never accepts,”3 as is so graphically illustrated in the case of Laman and Lemuel.

Difficult situations are the test of one’s faith, to see if we will go forward with either a believing heart (see D&C 64:34) or a doubting heart (see D&C 58:29), if at all. A difficult situation reveals a person’s character and either strengthens it, as with Nephi, or weakens and corrupts it, as with Laman and Lemuel, who epitomize what it means to be irresponsible (see Alma 62:41).

The Anti-Responsibility List – One of the Foremost Anti-Christ Doctrines

Elder Robbins’ list was only a part of his masterful address entitled, Be 100 Percent Responsible, which you can view or listen to with the YouTube link below.