Think You Know the Power of Temptation? You Actually Have No Idea 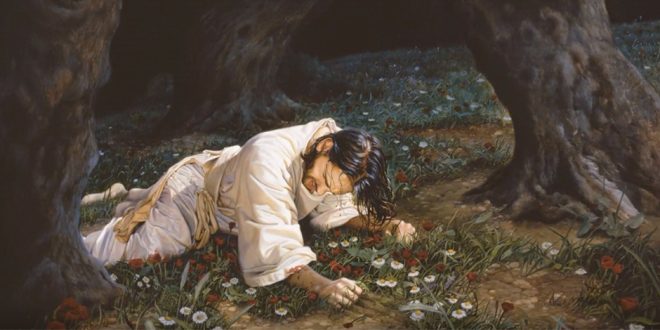 Part of this mortal state is a testing period. We’re all up against it.

Every now and then, or perhaps even often, we feel to exclaim as Nephi did:

I am encompassed about, because of the temptations and the sins which do so easily beset me.

While facing sin and temptation is part of the plan of our Heavenly Father for our continued growth and development, at times it can seem more than we can bear.

But we have no idea about the true power of temptation.

Listen to what C.S. Lewis had to say about the subject.

“No man knows how bad he is till he has tried very hard to be good. A silly idea is current that good people do not know what temptation means. This is an obvious lie. Only those who try to resist temptation know how strong it is. After all, you find out the strength of the German army by fighting against it, not by giving in. You find out the strength of a wind by trying to walk against it, not by lying down.

A man who gives in to temptation after five minutes simply does not know what it would have been like an hour later. That is why bad people, in one sense, know very little about badness — they have lived a sheltered life by always giving in. We never find out the strength of the evil impulse inside us until we try to fight it: and Christ, because He was the only man who never yielded to temptation, is also the only man who knows to the full what temptation means…”

Think You Know the Power of Temptation? You Actually Have No Idea #CSLewis

This quote brings a much more expansive view of the true depth and breadth of the Atonement of Jesus Christ, and the words of the Book of Mormon prophets that declare: “And lo, he shall suffer temptations” and “he shall go forth, suffering pains and afflictions and temptations of every kind…”

What an incredible friend we have in Jesus Christ! He who has the power to help us overcome sin is the same One who himself faced up to all temptations but never surrendered. Alma 7:15 reads:

Yea, I say unto you come and fear not, and lay aside every sin, which easily doth beset you, which doth bind you down to destruction, yea, come and go forth, and show unto your God that ye are willing to repent of your sins and enter into a covenant with him to keep his commandments, and witness it unto him this day by going into the waters of baptism.

The song below, sung by Hillsong Worship, is an incredible demonstration of the beauty that is in the name of Jesus Christ, our Savior and Redeemer.

Do you have any favorite C.S. Lewis quotes?

Satan Knows Your Name But He'll Never Use It
← Previous
Obtaining the Peace Children Have
Next →
Comments are closed.
3 shares