The Powerful Fasting Miracle That Rescued a Family Stranded in India 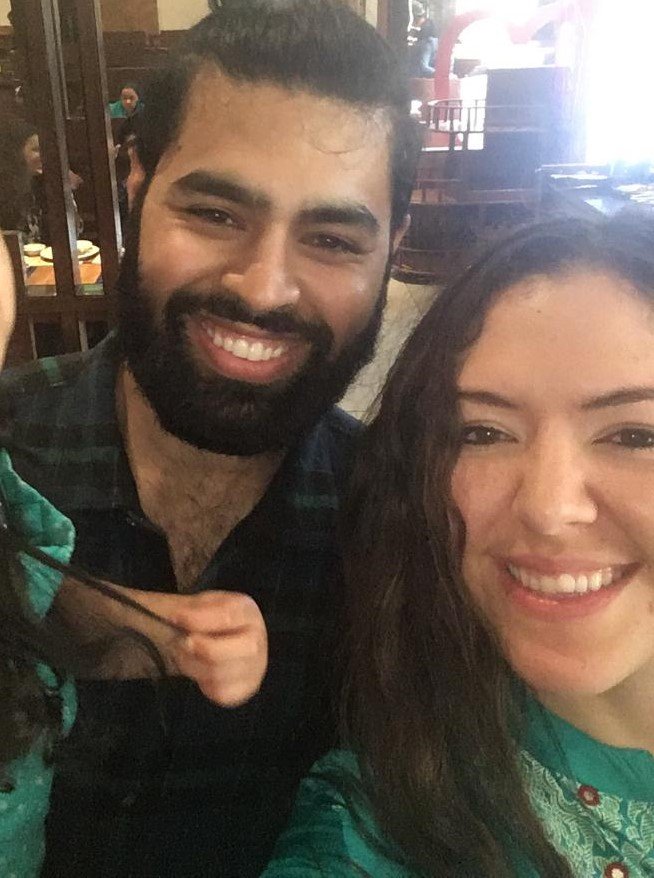 The following was shared by Ilse Amezquita Talwar in a fasting group created on Facebook for the worldwide April 10th fast on Good Friday.

Hello everyone. I want to share our recent experience with fasting due to COVID-19 after India closed its borders and we were unable to return to our home.

It has been about 4 years since I have done a full fast. (Growing two babies during that time.) We were informed India would close all transportation within a day, and our flight 4 days away would be canceled.

My husband and I spent the day looking for flights, but as the minutes inched by the prices soared up. Coming back to the US would have cost 12,000 USD! Not to mention we would be flown far from home, into New York, where cases have been skyrocketing!!

We didn’t eat because we were so worried, trying to figure out WHAT to do. We said a heartfelt prayer and opened up the scriptures randomly. This is what we read in Alma 26:36-37:

Now my brethren, we see that God is mindful of every people, whatsoever land they may be in; yea, he numbereth his people, and his bowels of mercy are over all the earth. Now this is my joy, and my great thanksgiving; yea, and I will give thanks unto my God forever. Amen.”

We were so shocked. We were those people, “lost from its body”, and He basically told us that He was mindful of us in “whatsoever land they be in.”

How COOL is that?? So we took a breath, and just looked at each other, and smiled for the first time that day. With tears in our eyes.

GOD IS ACTUALLY CONSOLING US? Yes!

I mean, what more can we do? India has shut its border for a week. We will purchase a flight on the 30th, and then just wait.

We fasted on Sunday.

I decided my 18-month old was old enough to not need mommy’s milk for a day, and his grandparents would be more than happy to keep his belly full of parathas and sabzi, crackers and milk. I would do a full fast.

We spent the day thinking of what God had done in the past for people, for us, we listened to hymns, calm/soothing music, we read scriptures, watched bible stories, sat outside looking at the skies, and played with our kids. Most of all we allowed our spirits to fill our bodies with strength/faith and I felt so peaceful.

Well guys, towards the end of the week, we found out our flight was canceled again. This time we didn’t stress. We just waited. We didn’t purchase another flight for after April 14th. We just waited.

The next day we received an email that we were considered a priority group and could catch an evacuation flight out. We immediately accepted!

We received a confirmation email, and were told who our rescuers were along with other important details! “The Church of Jesus Christ of Latter-day Saints”

God is mindful of every people, whatsoever land they may be in

As if that isn’t enough, my old mission president messaged me. (I served a mission in “my youth” 7-8 years ago) He is currently employed by the church in the Missionary Department.

He said while working on getting current missionaries home, he would have had no idea he was helping get one of his former missionaries out and back home as well!

They had no idea we were members of the church, and we got to fly back with many little families from all over the United States. 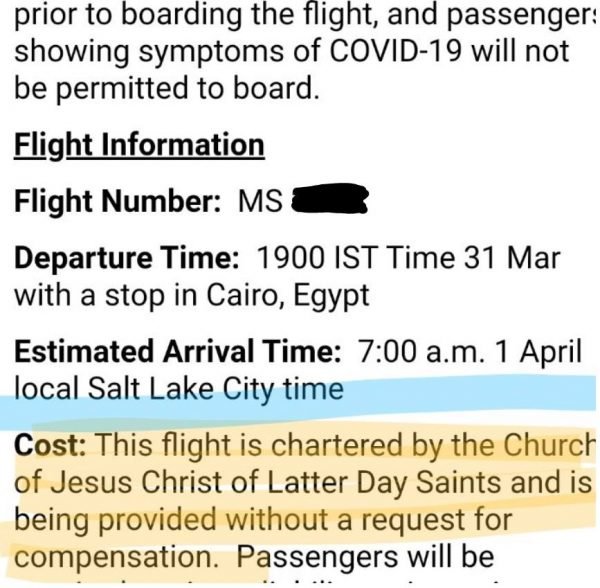 The Lord truly blesses us all, simply because He loves us. We thought we were alone many times, but He was always there. It’s His plan, not ours. He will comfort us, and we will see miracles as we trust in Him.

He knew us. We were counted.

The Powerful Fasting Miracle That Rescued a Family Stranded in India

Again, “we see that God is mindful of every people, whatsoever land they may be in; yea, he numbereth his people, and his bowels of mercy are over all the earth.”

If things don’t change right away: “Let us cheerfully do all things that lie in our power, and then may we stand STILL, with the utmost assurance, to see the salvation of God, and for His arm to be revealed.”

He will hear us, as we seek to #HearHim I add my testimony here, that He lives, He guides us, His gospel has been restored on the earth today.

What miracles have you seen from fasting and prayer?

What President Oaks Whispered to President Nelson When He Finished His Talk
← Previous
We've Been Singing "Praise to the Man" To a Different Tune Than William W. Phelps Intended
Next →
Comments are closed.
3 shares