How A Future Prophet Threatened With a Gun Responded to the Question, “Are You A Mormon?” 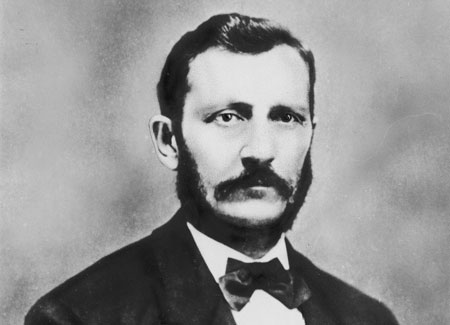 I just finished reading Saints Volume 2 and one of my favorite stories from the book is one that as soon as I heard it I knew I had to share with you here.

It’s a story about Joseph F. Smith in his young adult years that occurred shortly after returning from a mission to Hawaii. As it reads in Saints:

“Meanwhile, many Saints, hearing that bands of men were attacking Church members to avenge the Mountain Meadows massacre, fled California in small companies. Joseph F. Smith found work driving a team of cattle to Utah. One day, he was gathering firewood when some men rode into camp and threatened to kill any “Mormon” they found.

Some men in camp hid in the brush beside a nearby creek. Joseph almost fled into the woods as well, but then he stopped himself. He had once encouraged his sister Martha Ann to “be a Mormon, out and out.” Shouldn’t he do the same?

Joseph walked into camp with firewood still in his arms. One of the riders trotted up to him with a pistol in his hand. “Are you a Mormon?” he demanded.

Joseph looked him in the eye, fully expecting the man to shoot him. “Yes, sirree,” he said. “Dyed in the wool. True blue, through and through.”

The man gazed back at Joseph, bewildered. He lowered his pistol and seemed for a moment to be paralyzed. “Shake, young fellow,” he then said, reaching out his hand. “I am glad to see a man that stands up for his convictions.”

He and the other riders then turned and rode out of camp, and Joseph and the company thanked the Lord for delivering them safely from harm.”

There is another account of this story written by Joseph Field Smith, who was the son and biographer of his father Joseph F. Smith. This version varies slightly from the historical records because, well, I imagine dad might have exaggerated some of the details while telling his son what happened.

President Joseph F. Smith in the 1860s, a member of the Quorum of the Twelve Apostles and Counselor to President Brigham Young.

Here is the account that is found in the Life of Joseph F. Smith:

It was while on [his] homeward journey [from his mission to Hawaii] that he was forced to pass through a very trying scene. It should be understood that the feeling existing towards the Latter-day Saints was running very high.… There were many men scattered abroad who had murder in their hearts and who said they would not hesitate to kill “Mormons” wherever they were found. Under these circumstances, the members of the Church were forced to travel in small companies on their journey homeward bound.

One day after the little company of wagons had traveled a short distance and made their camp, a company of drunken men rode into the camp on horseback, cursing and swearing and threatening to kill any “Mormons” that came within their path. It was the lot of Joseph F. Smith to meet these marauders first. Some of the brethren when they heard them coming had cautiously gone into the brush down the creek, out of sight, where they waited for this band to pass. Joseph F. was a little distance from the camp gathering wood for the fire when these men rode up. When he saw them, he said, his first thought was to do what the other brethren had done and seek shelter in the trees and in flight. Then the thought came to him, “Why should I run from these fellows?” With that thought in mind, he boldly marched up with his arms full of wood to the campfire. As he was about to deposit his wood, one of the ruffians, still with his pistols in his hands and pointing at the youthful Elder, and cursing as only a drunken rascal can, declaring that it was his duty to exterminate every “Mormon” he should meet, demanded in a loud, angry voice, “Are you a ‘Mormon’?”

Without a moment of hesitation and looking the ruffian in the eye, Joseph F. Smith boldly answered, “Yes, siree; dyed in the wool; true blue, through and through.”

The answer was given boldly and without any sign of fear, which completely disarmed the belligerent man, and in his bewilderment, he grasped the missionary by the hand and said: 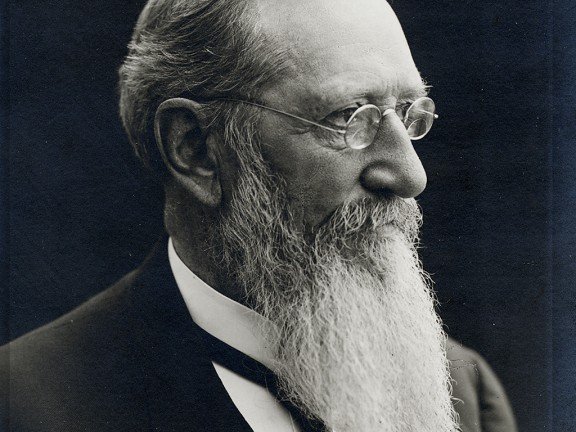 Yes, siree; dyed in the wool; true blue, through and through.

Joseph F. said in later years that he fully expected to receive the charge from this man’s pistols, but he could take no other course even though it seemed that his death was to be the result. This man, evidently the leader of the band, then rode off, the others following him, and the Mormon company was not molested further. It was a tense moment, nevertheless, and the company thanked the Lord for their safe deliverance.

How A Future Prophet Threatened With a Gun Responded to the Question, “Are You A Mormon?”

Have you ever had to stand up for what you believe in the face of opposition?

Missionaries Defy Coronavirus Crisis with Gospel Song
← Previous
What President Oaks Whispered to President Nelson When He Finished His Talk
Next →
Comments are closed.
1 shares