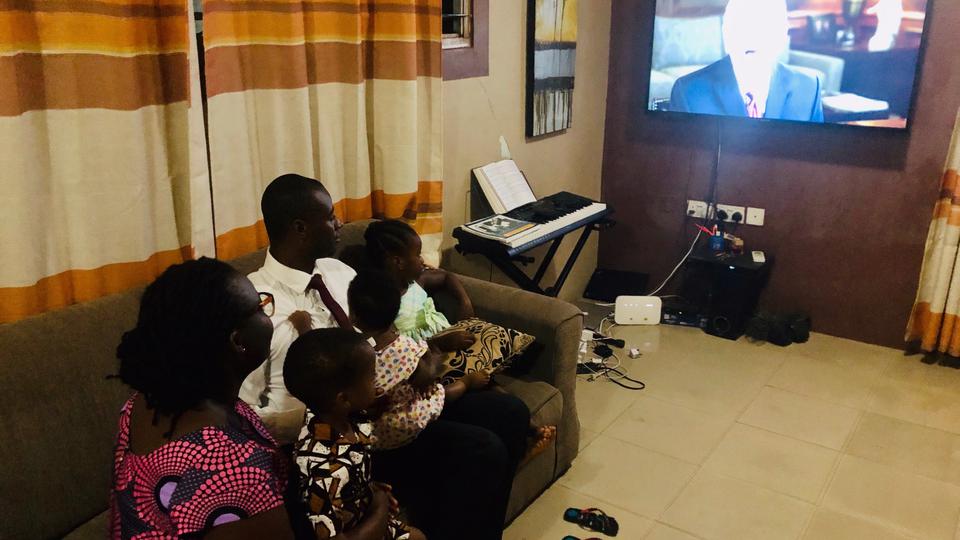 For the first time, The Church of Jesus Christ of Latter-day Saints’ upcoming annual general conference will be broadcast to members and the general public on local television stations in West Africa.

Each April and October, Latter-day Saints around the world gather for several two-hour sessions of meetings to hear Church leaders speak about the gospel of Jesus Christ. Prior to the coronavirus pandemic, members in West Africa watched and listened to general conference by satellite broadcast to local meetinghouses.

However, “after monitoring the changing conditions related to COVID-19 throughout the world,” the Church temporarily suspended public gatherings, including worship services and other gatherings.

With the new precautionary measures in place worldwide, West African Saints are unable to travel to their local worship centers to watch the international broadcast, making it nearly impossible for them to tune in. 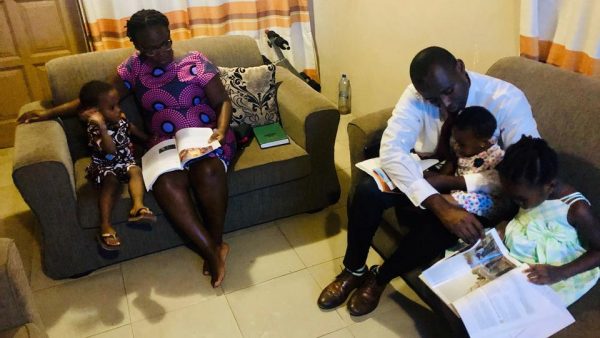 Shortly after the restrictions were implemented, West African Church leaders realized the challenge and contacted local television and radio stations, successfully arranging for the conference to be distributed on their channels.

In Ghana, the worldwide conference will be broadcast on one television channel and four radio stations. Sierra Leone will also broadcast sessions through television and radio channels.

Nigerian Latter-day Saints can participate in general conference through three cable channels and a local radio station. In Nigeria, religious broadcasts are generally limited to one hour, but an exception was made to fit the two-hour conference sessions. This transmission could potentially reach over 100 million people in Nigeria alone.

Church members in other Africa West Area countries, including Côte d’Ivoire, Togo, Benin, Mali and Senegal, will be able to tune into general conference in both English and French using various internet channels.

At the end of last October’s general conference, Russell M. Nelson, President of The Church of Jesus Christ of Latter-day Saints, designated the April 2020 conference as the bicentennial anniversary of Joseph Smith’s first encounter with Deity – also known by Church members as the First Vision.

“General conference next April will be different from any previous conference. In the next six months, I hope that every member and every family will prepare for a unique conference that will commemorate the very foundations of the restored gospel,” said President Nelson.

“It is just days away; you won’t want to miss it,” said the Africa West Area Presidency to Latter-day Saints in the region after coming up with a solution to the unique challenge.

Although broadcast schedules vary by channel and station, a variety of viewing options have been made available in several West African countries.

In addition to broadcast transmissions, Church leaders are currently piloting low-bit-rate streaming resources that would allow African households with a smartphone to use limited data to hear or watch general conference sessions, including a new option to view the sessions on YouTube.

Latter-day Saints, along with friends and acquaintances who are not members of the Church, are invited to view or listen to inspired words of faith, hope and peace in an uncertain time.

Did Joseph Smith’s Mother Believe He Could Have Written the Book of Mormon?
← Previous
8 New Temples Announced By President Nelson During Closing Session of April 2020 General Conference
Next →
Comments are closed.
2 shares