Did Joseph Smith’s Mother Believe He Could Have Written the Book of Mormon? 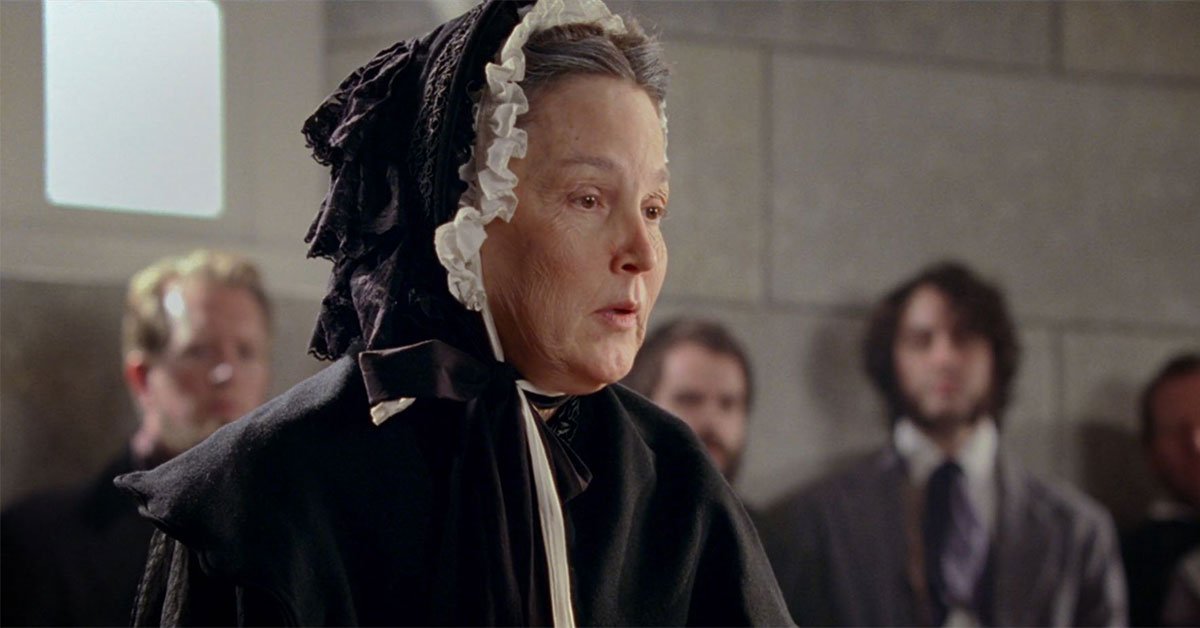 This post was written by Book of Mormon Central. Visit them here.

Lucy Mack Smith (1775–1856), mother of the Prophet Joseph Smith, was a committed believer in her son’s divine calling. Towards the end of her life, and not long after the deaths of her sons Joseph, Hyrum, and Samuel in 1844, Lucy, “perhaps in part as a salve to her grief,” and at the behest of the Quorum of the Twelve, “began recording her family’s story.”1 According to Lucy, one reason for her history was to provide the “particulars of Joseph’s getting the plates, seeing the angels, . . . and many other thing which Joseph never wrote or published.”2

The resulting history has proven to be valuable to historians, and “next to Joseph Smith’s [own] history, the Lucy Mack Smith history” is one of the most widely utilized sources for reconstructing the early life of the Prophet and the events tied to the coming forth of the Book of Mormon.3

At one point in her history, Lucy tells how Joseph was visited by an angel who told him of “a record” that would “bring forth that light and intelligence which ha[d] been long lost to the earth.” This record (described as “plates”) was said by the angel to be resting “on a side hill on the Hill of Cumorah 3 miles from” the Smith family farm.4

Lucy records that, after telling his family about the angel, Joseph gathered his family for “recitals” of what he had learned from the angel. As Lucy remembered,

[Joseph] began to explain to us the instructions which he had received. He charged us not to mention what he told us out[side] of the family, as the world was so wicked that when they did come to a knowledge of these things, they would try to take our lives, and as soon as we obtained the plates our names would be cast out as evil by all people.5

“From this time forth,” Lucy went on to narrate, “Joseph continued to receive instructions from time to time.”6 In this context, Lucy related how Joseph would instruct his family on matters pertaining to the Book of Mormon which he had evidently learned from the angel. As recorded in her history:

During our evening conversations, Joseph would occasionally give us some of the most amusing recitals that could be imagined: he would describe the ancient inhabitants of this continent; their dress, mode of travelling, and the animals upon which they rode; their cities, and their buildings, with every particular; he would describe their <​mode of​> warfare, as also their religious worship. This he would do with as much ease, seemingly, as if he had spent his whole life with them.7

This image from Lucy of “the boy [Joseph providing his family with] accounts of America’s early inhabitants depicted in the Book of Mormon”8 during his formative years has solicited some attention from those who consider Joseph the author of the book. In their minds, this report is evidence that from an early age Joseph was blessed with a creative, imaginative mind.9

Summarizing the conclusion that some people had drawn from this skeptical reading of Lucy’s account, B. H. Roberts reported, “These evening recitals could come from no other source than the vivid, constructive imagination of Joseph Smith, a remarkable power which attended him through all his life.”10

This reading of Lucy’s history, however, is completely at odds with Lucy’s own testimony as well as the overall purpose of her history. Lucy explicitly couches these “amusing recitals” in the context of Joseph receiving instruction from the angel about the coming forth of the record. In her recounting, this reality is taken for granted. Never does Lucy hint that her son was an imaginative storyteller spinning yarn with the family. Rather, the family interpreted Joseph’s accounts as a sign that he was truly inspired of God.

Did Joseph Smith’s Mother Believe He Could Have Written the Book of Mormon?

“We were now confirmed in the opinion,” wrote Lucy, “that God was about to bring to light something upon which we could stay our minds; or, that would give us a more perfect knowledge of the plan of salvation.” This, she indicated, “caused [the Smith family] greatly to rejoice.”11

Indeed, the word Lucy used to describe this time for the family was “peculiar,” since up to that point her son, while “much more given to reflection and deep study,” “had never read the Bible through by course in his life” and “was less inclined to the study of books than any [of the Smith] child[ren].”12 For Lucy, the entire affair with the angel and the plates was a miraculous reality. 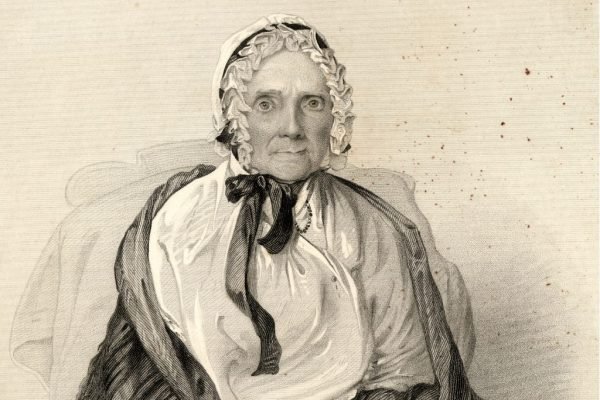 The Prophet himself testified in his 1842 history that in addition to the angel telling him of the coming of the Messiah, he “was also informed [by the angel] concerning the aboriginal inhabitants of this country, and shown who they were, and from whence they came; a brief sketch of their origin, progress, civilization, laws, governments, of their righteousness and iniquity, and the blessings of God being finally withdrawn from them as a people.”

As with his mother, the Prophet attributed the receipt of this information to his visionary experiences with the angel (“was made known unto me”), not to a fertile imagination.13

This is further reinforced by a reminiscence given by William Smith, Joseph’s younger brother, later in his life. “[T]he angel again appeared to [Joseph]” the morning after their first encounter on the night of 21/22 September 1823, William recounted, “and told him to call his father’s house together and communicate to them the visions he had received.” As William continued,

He accordingly asked us to come to the house, as he had something to tell us. After we were all gathered, he arose and told us how the angel appeared to him; what he had told him as written above; and that the angel had also given him a short account of the inhabitants who formerly resided upon this continent, a full history of whom he said was engraved on some plates which were hidden, and which the angel promised to show him.

Consistent with Lucy’s remembrance, William then described how “the whole family were melted to tears, and believed all he said.” William was adamant that, on account of his not having “enjoyed the advantages of a common education,” and on account of his truthful “character and disposition,” Joseph was incapable of concocting such a tale. “All of [the family], therefore, believed him, and anxiously awaited the result of his visit to the hill Cumorah, in search of the plates containing the record of which the angel had told him.”14

Wandle Mace, who became acquainted with Lucy and Joseph Sr., remembered Lucy telling him how in their family meetings Joseph “would describe the appearance of the Nephites, their mode of dress and warfare, their implements of husbandry, etc., and many things, [which] he had seen in vision.”

According to Mace, this caused the Smith family to rejoice. “Truly ours was a happy family,” he quoted Lucy as exclaiming, for “although persecuted by preachers . . . Joseph had seen a vision.”15 As with William’s remembrance, Mace’s reminiscence is clear that Lucy understood Joseph’s knowledge of the ancient Nephites as coming by revelation, not his imagination.

Many who disbelieve the testimony of Joseph Smith will likely continue to suspect that the Prophet’s youthful imagination was the source of the Book of Mormon. Be that as it may, the skeptical approach cannot feasibly enlist Lucy Mack Smith or other members of the Smith family to its side.16 The surviving historical sources from the members of the Smith family are univocal in their affirmative faith in Joseph’s report of his angelic encounters.

“Lucy’s statement in context is the voice of a witness seeing a miracle taking place through Joseph’s encounter with Moroni and the Book of Mormon,” observed one writer. “[T]he serious and inspiring flavor of her statement,” sadly, is often abused by others who want to turn Joseph into “an entertaining storyteller who was skilled at making stuff up, thus explaining away Book of Mormon origins as the work of Joseph’s imagination.” This reading, however, is “not exactly true to what Lucy’s statement really indicates.”17

Moreover, Lucy’s testimony of her son’s divine calling was shared by all the rest of the family.18 William Smith recounted how his brother “at the age of seventeen years, with the moral training he had received from strictly pious and religious parents, could not have conceived the idea in his mind of palming off a fabulous story, such as seeing angels; connected therewith the discovery of the golden plates.”

He insisted that “there was not a single member of the family of sufficient age to know right from wrong but what had implicit confidence in the statements made by [his] brother Joseph concerning his vision and the knowledge he thereby obtained concerning the plates.”19

In addition, even knowing a few details about material culture would not have helped Joseph very much in producing the Book of Mormon. Very little is actually said in that book about such things as dress, modes of travel, animals, buildings in cities, and implements of husbandry. Such information on its own is still a very long way from accounting for the presence of this book of scripture.

For these reasons, Joseph Smith’s mother did not believe that her son could have written the Book of Mormon. Far from casting doubt on Joseph’s credibility, Lucy’s consistent testimony that her son’s “amusing recitals” originated from Moroni’s instructions bolsters faith in the Prophet’s claims.20

Book of Mormon Central, “How Can We Know What to Believe about Joseph Smith’s Personal Character?” KnoWhy 413 (March 6, 2018).

Book of Mormon Central, “How Can We Be Strengthened by Lucy Mack Smith’s Testimony of the Book of Mormon?” KnoWhy 379 (November 7, 2017).

Amy Easton-Flake and Rachel Cope, “A Multiplicity of Witnesses: Women and the Translation Process,” in The Coming Forth of the Book of Mormon: A Marvelous Work and a Wonder, edited by Dennis L. Largey, Andrew H. Hedges, John Hilton III, and Kerry Hull (Provo, UT: Religious Studies Center; Salt Lake City: Deseret Book, 2015), 133–153.

20.See further Book of Mormon Central, “How Can We Be Strengthened by Lucy Mack Smith’s Testimony of the Book of Mormon?” KnoWhy 379 (November 7, 2017).

I Know That My Redeemer Lives by 7-Year-Old Sensation Claire Crosby
← Previous
West African Latter-day Saints to Participate in General Conference through Nationwide Broadcasts
Next →
Comments are closed.
3 shares