The Father Daughter Duet That is Breaking the Internet 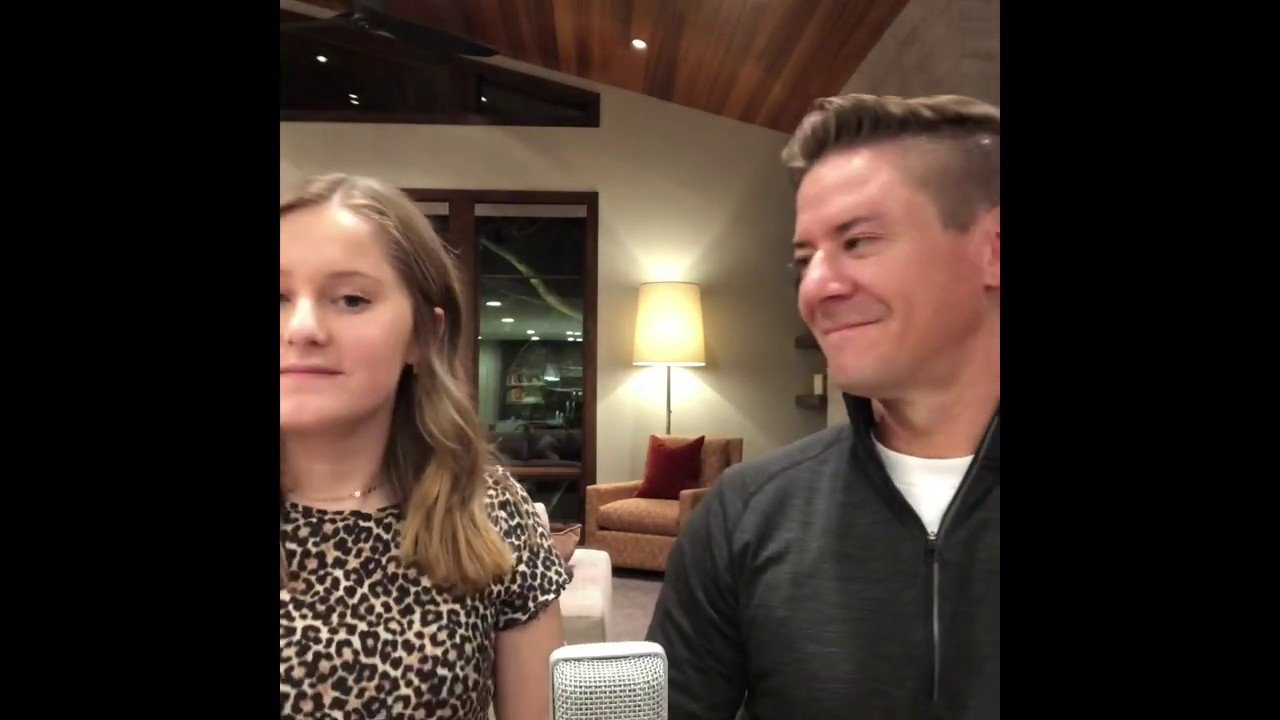 When Mat Shaw sat down to film a duet with his daughter, Savanna, I can’t imagine he had any idea that within a month they’d had over 10 million views on their videos across social media.

This is what he posted on Facebook when they uploaded their first daddy-daughter duet video:

With so much going on in the world, sometimes it’s best to pause and remember the simple prayer of a father and daughter for “life to be kind.” So proud of Savanna and all the hard work she puts into trying to grow her talent.

Mat and Savanna published their first video duet, The Prayer, and things have taken off like wild-fire ever since.

In an interview with Fox 13 News, Mat and Savanna shared their reaction to the rapid growth of their video – which alone has over 7 million views between YouTube and Facebook.

“We put it on Facebook and it just went wild!” Savanna said.

“It grew and grew and grew and I remember sending her a screenshot when it had 2,700 views and I said, ‘Savanna, you’ve got to see this, this is blowing my mind,’” Mat said. “I think as of today it has 3.7-million views on Facebook.”

Their duet was the first thing Savanna had ever posted to social media. “Not bad for a first post ever,” Mat joked.

Matt and Savanna don’t consider themselves pros by any means – in fact, their recording studio started in Mat’s closet. What they do know how to do is bring hope to millions of people in a time when hope is a rare commodity.

One viewer on YouTube, Randy L., shared the following comment showing how this father-daughter duo has instilled a measure of peace and calm that many are craving:

My wife decided when she found this several days ago that she would play this first thing every morning as long as we are quarantined. It is so beautiful and uplifting. Thank you both!

In a world of uncertainties due to COVID-19…..some songs can lift us up into the realm of hope, peace, love, and healing……thank you to this father/daughter’s superb rendition of this beautiful song.

After seeing the success of their first video, Mat and Savanna must have been thrilled to continue releasing more uplifting content. Their next video, A Million Dreams, echoed the reaction of these two who “never in a million dreams would have expected” their performances to become what it has.

Mat explained that Savanna is a unique 15-year-old. Up to this point, she had never had social media and only asked for it so that she could start a singing Instagram account to keep in touch with her choir friends since practices were canceled.

We look forward to hearing much more from Mat and Savanna and are so grateful for their willingness to share their talents at a time when many need a distraction from the harsh realities of the world around us.

Perhaps the reason that these two have resonated with so many is that it reminds each of us of the things that are most important to us.

The Father Daughter Duet That is Breaking the Internet

In an interview with The Daily Signal, Mat shared:

I think it’s been touching for some people to see a family, a father-daughter relationship, enjoying their talents and spending time together, it reminds them of their own relationships.

Hopefully, we are all making efforts to strengthen our family relationships as other distractions have been minimized and we are able to spend more time together.

The duo has posted six videos so far on YouTube, one of which is Savanna covering one of her favorite songs from the musical, Catch Me If You Can.

Since achieving viral status, Mat and Savana have appeared on Inside Edition, Good Morning America, and the Kelly Clarkson show. We are excited about future doors and opportunities that will open for these two.

this is so powerful

I can sit here all day listening to you both singing