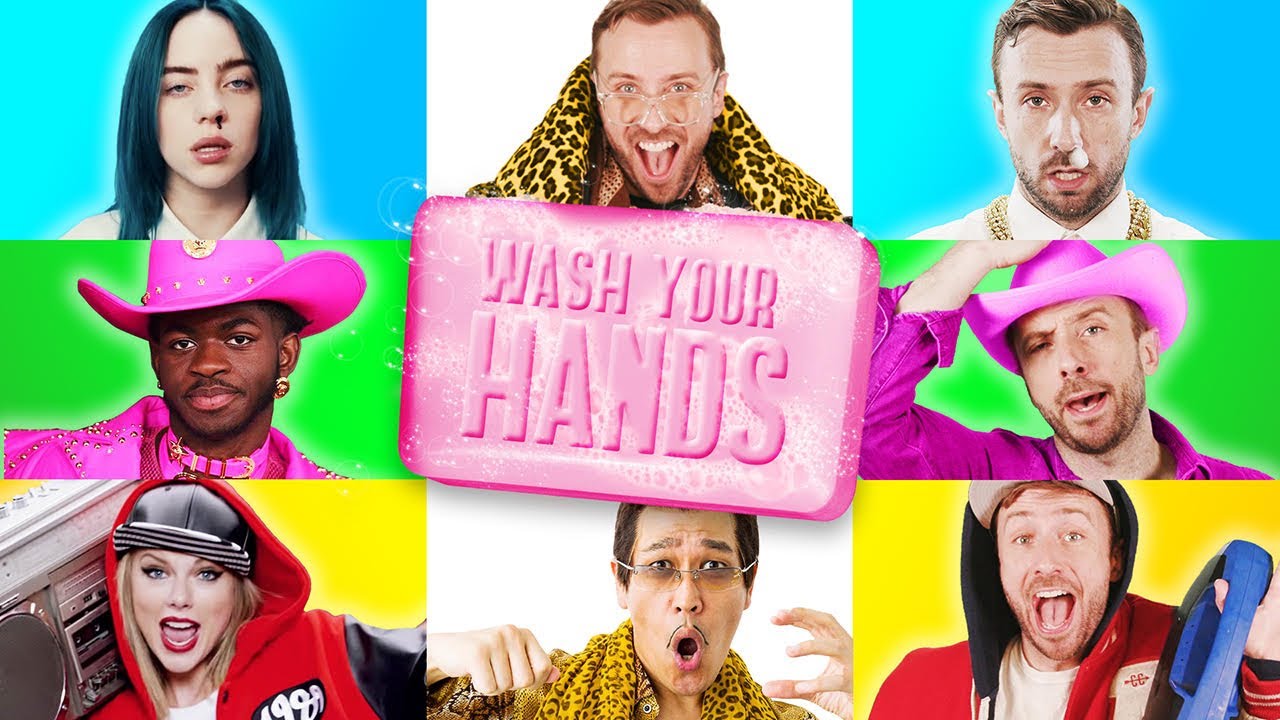 There’s a new song that my kids were raving about this week. It was a MUST watch. I was surprised when I found out it was about hand-washing.

Tired of singing “Happy Birthday” to yourself as you wash your hands for 20 seconds? YouTube star and top Billboard recording artist Peter Hollens puts his own spin on top pop songs, resulting in the “The Epic Hand Washing Song”.

The mash-up of 20-second parodies of top hits from Billie Eilish, Taylor Swift, Maroon 5 and more will make you smile and dance, all while making sure your hands are clean.

The idea for the song came about as Peter wanted to ensure his son and others were practicing proper hygiene, especially in light of COVID-19. 100% of the proceeds raised from the streams on YouTube will be donated by Peter Hollens to Global Giving’s Coronavirus Relief Fund.

At the time of releasing this article, in less than a week the video has amassed over 530,000 views on YouTube alone.

All revenue and proceeds from this song will be donated to @GlobalGiving 's Relief Fund. Watch Now! https://t.co/SEmKrlyNTb#COVID19 #WashYourHands #StayAtHomeOrder

Julia McLearn, one of Peter’s YouTube viewers, did us all a favor and listed all of the songs and artists that Peter covered. (Am I the only one that has ever been scratching their head trying to figure out one of those songs?)

For those who don’t know much about Peter Hollens, he is an American entrepreneur, educator, and is best known as a classically trained vocal artist specializing in a cappella music on Youtube and Facebook. With over 5 million followers and subscribers on his content and over a billion total views since 2011.

Hollens was a founding member of the YouTube creator advisory board and advises many companies including Patreon, Loudr, and Tubular. Hollens has collaborated and performed with many outstanding artists including David Archuleta, Brian Wilson, Jason Mraz, Hunter Hayes, Gladys Knight, Lindsey Stirling, George Watsky, Jackie Evancho, and ThePianoGuys.

He has released over 160+ digital singles and continues to release new music every other week.

In December of 2017, Hollens launched his digital education platform, Creator Education. A robust, online education video series that teaches aspiring creators the key entrepreneurship skills and strategies needed to live their passion in the digital age. Hollens’ first course, How to Make a Living Online, has over 1,000 students and is also being taught at American Universities.

Hollens was a founding member of the YouTube creator advisory board and advises many companies including Patreon, Loudr, and Tubular.

The "Hamiltonized" Story of Joseph Smith is Coming to a Theater Near You
← Previous
One Woman's Recycling is Another's Work of Art
Next →
Comments are closed.
2 shares