The Evolution of the Sacrament Continues with Home-Centered Church 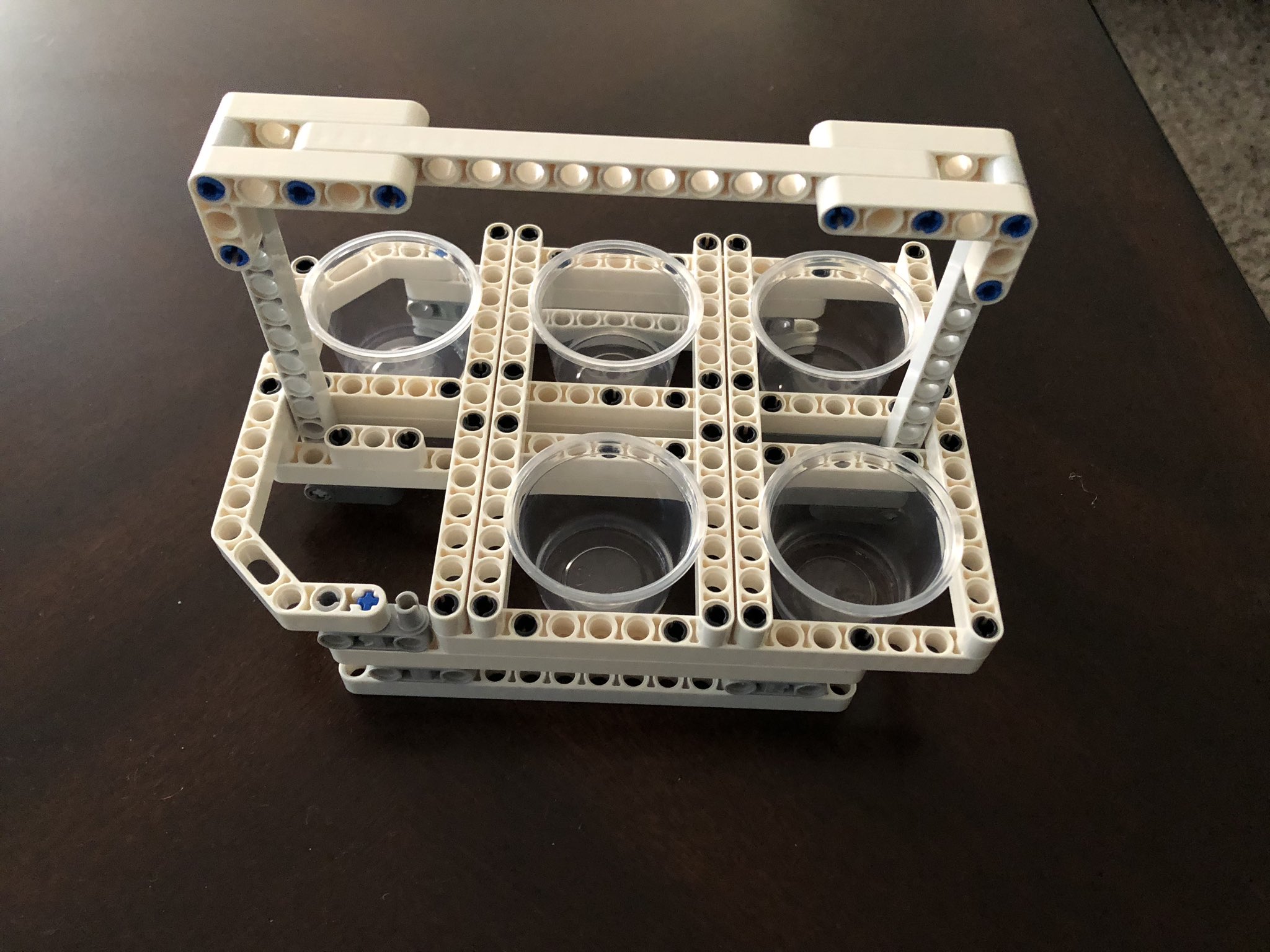 Things have come a long way from the days of the Last Supper when a pita-like piece of bread was broken up and passed around and a goblet was shared.

Justin Bray, a Church History Specialist detailed the history of the communal sacrament cup and its connection to the flu epidemic of 1918 in an article posted on the Church’s website.

He shared an interesting story that highlights some of the concerns with the communal sacrament cup:

On a Sunday evening in the 1880s, a young Latter-day Saint named Margaret Williams traveled with her mother from their home in Samaria, Idaho, to a sacrament meeting in the Bear Lake Stake Tabernacle in Paris, Idaho. Williams later wrote that she and her mother “sat in the gallery on the south side of the tabernacle balcony close to the stand.”

The mother and daughter were almost certainly running late for the service, to settle for such an undesirable area of the meetinghouse. This was a time before individual sacrament cups—a time in which churchgoers all sipped from the same shared goblet—and where Williams and her mother were sitting, they were all but guaranteed to be among the last to drink.

In a stunning reversal from 21st-century Latter-day Saint sacrament meetings, the front rows of the meetinghouse were the most coveted seats in the 19th century because by the time the cup reached the back of the room and into the gallery, some reported that it contained all kinds of debris, hair, and foul smells.

You can imagine the look of horror on Williams’s face when the older man next to her, in her words, “took a sip and his red mustache was floating on top of the water.” Though feeling a bit squeamish, Williams dutifully took her turn and renewed her baptismal covenants. “I have always been delicate in my stomach,” she later wrote. “That day was no exception. It rolled completely over.”1

Bray detailed the development of how the Sacrament was administered, including the concern with hygiene that eventually led to using individual cups like the one below. 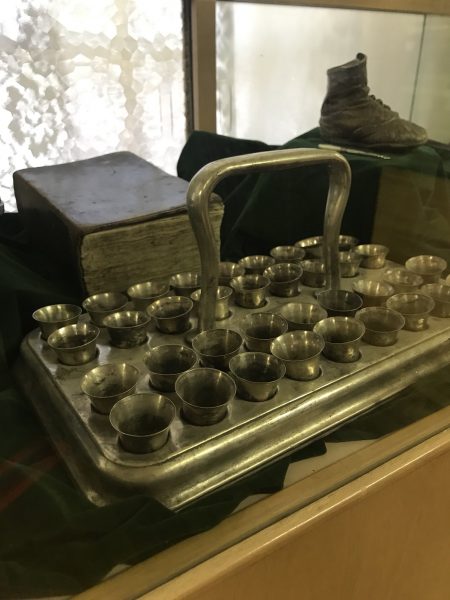 “From its organization in 1830 until the early 1900s, The Church of Jesus Christ of Latter-day Saints administered the sacrament in a common cup, a practice that early Latter-day Saints had adopted from their Protestant backgrounds. The use of a single cup was believed to have been grounded in the New Testament, in which Jesus commanded His disciples to drink from “the cup” during the Last Supper (Matthew 26:27).

There was also a beautiful kind of symbolism behind sharing a cup, as all churchgoers sipped from the same goblet regardless of race, class, gender, and age. One might argue that the common cup reflected a sense of union, accord, and equality among those in the body of Christ. But beyond religious settings, sharing a cup was a common practice in 19th-century America. Drinking fountains in public schools, parks, and railroad cars often came with a chained cup or dipper on which everyone placed their lips.

The use of a common cup in public spaces, including communion services, began to decline in the late 19th century as part of a Progressive Era movement toward improved sanitation and personal hygiene. Led by an alliance of medical professionals, public health officials, and journalists, Americans increasingly accepted theories about the spread of disease through germs and began adopting more sanitary practices, such as hand washing, teeth brushing, proper garbage disposal, and preventative vaccinations.2 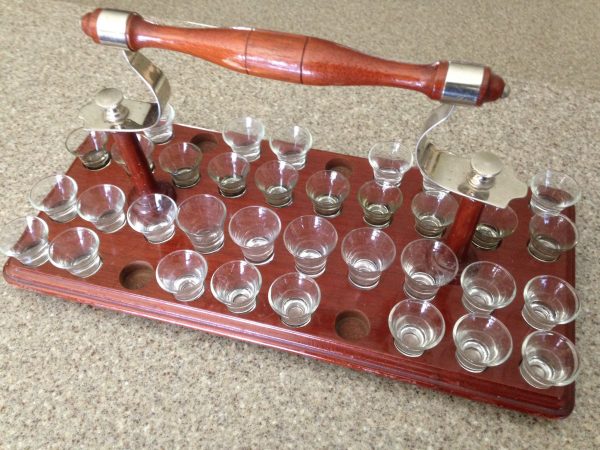 One by one, different states passed legislation banning common cups from schools, parks, and railroad cars to aid in the national effort to limit the spread of disease. These laws stopped short of mandating a change to individual cups in churches, but most faiths voluntarily switched. The Latter-day Saints gradually joined the movement. Since pioneer times, some had harbored ambivalent attitudes toward professional medicine. Many believed the priesthood blessing on the sacrament water was enough to thwart the transmission of germs, even if the cup was used by multiple people.3

Eventually, in 1912, a Utah State Board of Health ordinance, combined with a growing consensus among Latter-day Saints to abandon the common cup, led to the adoption of individual sacrament cups in the Church. On March 21, 1912, the First Presidency issued a letter to stake presidents with a directive to make the change.4

Yet because members of the Church at the local level were expected to raise the funds for new sacrament sets, the transition to individual sacrament cups was gradual at first and took place mostly in wards in the Salt Lake City area. The Church History Library houses a petition created by members of the Murray 1st Ward that exemplifies some of these fundraising efforts at the time.5″ 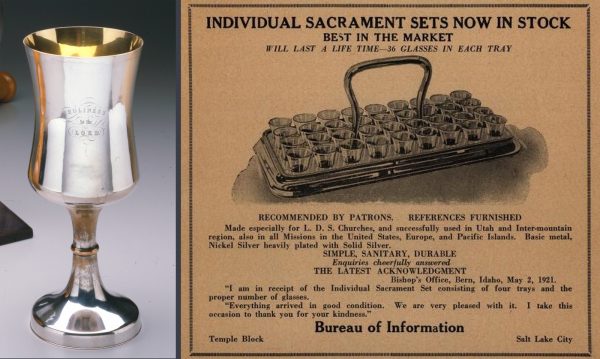 To continue reading Bray’s article that details how the 1918 flu epidemic accelerated the change to individual sacrament cups, click here. 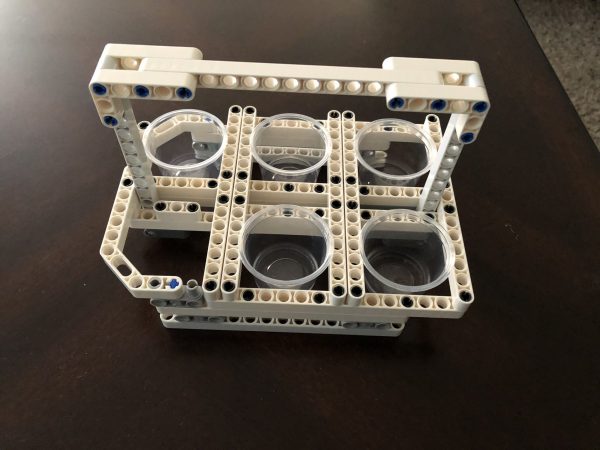 James Clawson shared the image on his Twitter account and explained that his son, who is 23-years-old, is a born engineer. He explained:

Once, when we were preparing to sell our home, he built a robot that scrubbed the floors, could detect walls, cupboards, etc., and would clean around them. He served a mission in the Cleveland, Ohio Mission. He is a good man, a wonderful son, and a disciple of Christ. I love him and am very proud of him.

What have you done in your homes as you have administered the Sacrament in a reverent and respectful way?

How Does the Doctrine of Christ Relate to the Ancient Temple?
← Previous
Missionaries in Quarantine Get Creative with Frozen Parody
Next →
Comments are closed.
1 shares