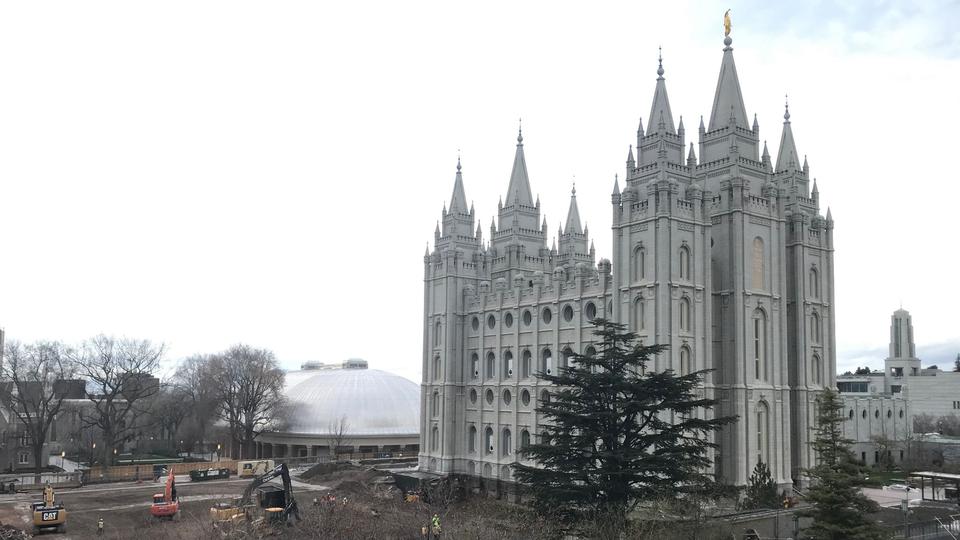 If Utah residents weren’t already up, they got an unwelcome alarm as a 5.7  earthquake rumbled the state at about 7:10 MST.

Limited damage was reported to structures around Salt Lake City, including a missing trumpet from Moroni’s hand atop the Salt Lake Temple.

Daniel Woodruff, a spokesman for The Church of Jesus Christ of Latter-day Saints, released the following statement Wednesday morning to media:

The Salt Lake Temple, which is undergoing a seismic upgrade, sustained minor damage during Wednesday morning’s earthquake. The trumpet on the Angel Moroni statue fell off, and there is minor displacement of some of the temple’s smaller spire stones. No workers were injured. Crews on the job site have been sent home for the day, and a full assessment is underway to determine needs going forward. This event emphasizes why this project is so necessary to preserve this historic building and create a safer environment for all our patrons and visitors.

The Angel Moroni is without it’s trumpet this morning on top of the Salt Lake City Temple. The view from @KSLChopper5 @kslnewsradio pic.twitter.com/gIVfDsJGaz

So sad to see Moroni’s trumpet had fallen. #SLCEarthquake2020. pic.twitter.com/qFVgg44m24

You can just barely see Moroni shaking on top of the Salt Lake temple during the second 4 mag (unconfirmed?) quake a few minutes ago. Sorry it’s hard to see in the video.
He’s also supposed to have a trumpet that is just… gone? pic.twitter.com/zVD85lNf6L

And here’s the @trenthead photo of Angel Moroni sans his trumpet. The earthquake knocked it out of his hand. Story updated: https://t.co/g0ZF1AjWaS #SLC pic.twitter.com/30dNJQE3T2

CONFIRMED: The trumpet of Angel Moroni fell at the #SaltLakeCity temple during #earthquake pic.twitter.com/8cab13PvfN

We are getting word Angel Moroni has lost his trumpet atop the Salt Lake Temple due to an earthquake in Utah. He is asking we refrain from photoshopping. pic.twitter.com/qmiY6hizjA

The Salt Lake Temple, which is undergoing a seismic upgrade, sustained minor damage during Wednesday morning's earthquake. The trumpet on the Angel Moroni statue fell off, and there is minor displacement of some of the temple's smaller spire stones. https://t.co/vZ0P1vhqXU

On a side note, there was more significant damage inside the Salt Lake City Airport which can be seen in the video below.

Were you in Utah and did you feel the earthquake?

Choosing Faith is an Intentional Choice
← Previous
Children of Famous Latter-day Saint Blogger Bring Much Needed Peace Through Power of Music
Next →
Comments are closed.
0shares