Maybe it’s just me, or perhaps this has happened to you before as well.

I’ve been in mourning with many others recently, but I didn’t lose a family member or a personal friend.  I’ve actually been in mourning over the loss of someone who didn’t even know I existed.

It’s a strange phenomenon, but I assume it will become a larger part of our societal experience moving forward as we build more digital connections to others through social media. Online influencers open up their lives to us in very real ways – to the point that we feel like they are family – even though they don’t know us.

One of my online heroes, Kim White, succumbed to cancer after a courageous and inspiring six-year battle with the disease. 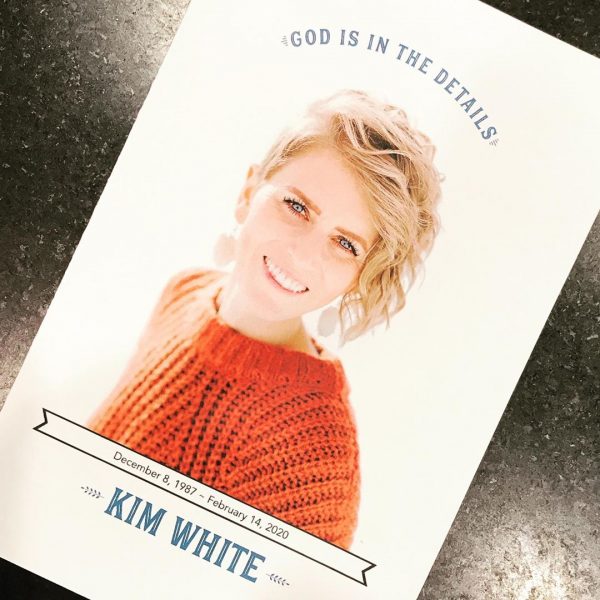 A portion of her obituary paints a beautiful picture of the woman she was:

One of earth’s truly beautiful souls was called home this Valentine’s Day. Kimberly Lynn White, or as many knew her, Kimcankickit, was a bright light in an all-too-often dark world. The 32-year- old wife, mother, daughter, sister, and friend lived a highly-concentrated life catalyzed by her diagnosis of a very rare and especially aggressive form of cancer in 2014.

For six years she beat the sinister disease, despite being given a poor prognosis and a life sentence of 2-3 months, while blossoming into a world-wide inspiration through her unwillingness to let her mind succumb to this corporal contamination.

She used her influence to reveal God’s existence in the details of our lives, to encourage each of us to be grateful for our flawed body and to embolden all to take control of their own life’s direction. 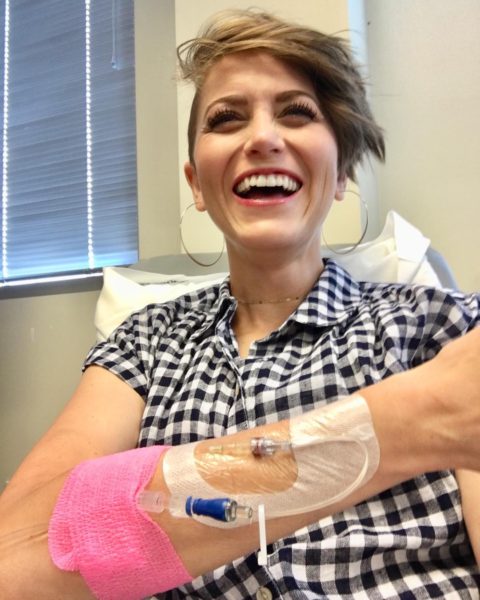 Most couldn’t tell she was ill or that she was in terrible pain because she shunned the negative and strived to emit only positivity, light and happiness. She was conscious of her flaws but furiously fought to overcome them. She adored her family and friends and loved to be with them. She lived for her daughter who gave her the will to fight.

She voraciously sought adventure and memory-making…often dragging along hesitant participants. She pushed everyone who knew her to be better. She showed us that true happiness has little to do with our circumstances and everything to do with our mindset.

Kim didn’t just battle cancer, she documented and shared it with the entire world. Every sacred moment was gifted to strangers who were searching to overcome their own loneliness and pain. The triumphs and miracles, the darkness and agony were shared with everyone. Her vulnerability saved lives all over the world and brought together an army of warriors who were deep in their own struggles. She fought for love and gave us all a new reservoir of strength to cherish every single day and live it like it was our last.

The incredible thing about Kim is that she took you along for the ride – which was very bumpy at times.

She shared the good, the bad, the heartwrenching, and the depressing. As she said on her Instagram profile, she shares “the raw, the real, and the ugly.”

One of Kim’s dreams was to create a documentary of her story that would be a blessing to not only those who are battling cancer but anyone who has a fight to wage. Kim shot this brief video to share more of her reasons behind wanting to share her story with the world.

Earlier in the year, someone sent Kim a direct message with a question that read, “How do you still have faith with all the heartache that surrounds you?”

Because faith is what gets me through these dark times. Having faith doesn’t mean nothing bad is going to happen. Having faith allows me to believe that there will be light again. And that light will be even brighter because I have walked through the dark.

As much darkness as I have witnessed over the years I have witnessed far more light. I have seen miracles. I have felt angels. I have known that my Heavenly Father was carrying me. None of that would have been experienced if life was easy.

The future of this life may be unknown but my faith is not. If I choose to not have faith then I choose to only walk in darkness. Because without faith, darkness is all that is left.

As you read that reply, you gain a sense of how powerful Kim is.

Honor your body. As I was scrolling through IG today I was watching @simplysadiejane stories. Her and Jeff get up to workout in the garage together. Something Sadie and I did all Spring and through most of the Summer. I quickly became emotional as I watched her push her body, build muscle and wear herself right out. The emotion didn’t stem from jealousy but gratitude. I was overwhelmed with love and gratitude towards Sadie for honoring her body. For taking the blessing that it is and not wasting it. It is so frustrating for me to sit back, recovering from yet another surgery and watch people take their incredible bodies for granted. Stop judging your stretch marks, stop complaining about your big thighs or how your stomach is too pudgy. Take this moment and honor those stretch marks for what they brought into this life. Thank those thighs that carry you, that allow you to walk up and down stairs and are strong and beautiful. Hold your amazing stomach and thank it for being your core. For keeping you held together. Honor that body. Honor it today. Honor it for me. And I want to hear all about it below! 👇🏻

After Kim’s passing, Dan from Stiry was more determined than ever to fulfill his promise to share Kim’s story with the world. Dan shot the video below to spread the word about the documentary and to seek support for this documentary.

We promised Kim that we would do ANYTHING to make her story and legacy live on forever and that everyone in this world would know Kim White. This is how we are doing it. Everyone will know how to live because of Kim White. They will know how to love because of Kim White.  Kim said it best, “I think that’s why God keeps providing miracles, to share my story.” Now all of us get to be a part of making this possible for Kim. When Kim passed, she was in the middle of helping us produce her story and raise funds to create a full-length documentary. Her wish, give her daughter Hensleigh, husband Treagan, and the world an opportunity to see how to live what she called a “Beautiful but Messy Life.” Help us make Kim’s legacy live on.

Click Here to Donate to Kim’s documentary BREAKING INTO BEAUTIFUL.

Written By
Ben Arkell
More from Ben Arkell
SALT LAKE CITY —  Elder Richard G. Scott of the Quorum of the...
Read More
Maybe it’s just me, or perhaps this has happened to you before as well. I’ve been in mourning with many others recently, but I..." />