The 10th anniversary of the world’s largest family history event, RootsTech, held February 26–29, 2020, attracted nearly 30,000 people from all over the world to Salt Lake City.

This year’s theme was “The Story of You.” 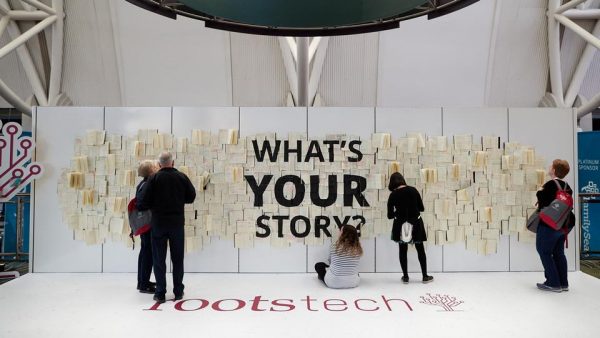 Elder Gary E. Stevenson of the Quorum of the Twelve Apostles and his wife, Lesa, were the featured keynote speakers at Saturday’s Family Discovery Day. Family Discovery Day, a free one-day event, helped families and individuals of The Church of Jesus Christ of Latter-day Saints and the general public to discover their family heritage.

“Families today come in a multiplicity of sizes, shapes and configurations,” said Elder Stevenson. “But whatever your family looks like, it needs to be protected.”

He continued, “What we observed time and time again is that the home is the most powerful defense and refuge for our families.” 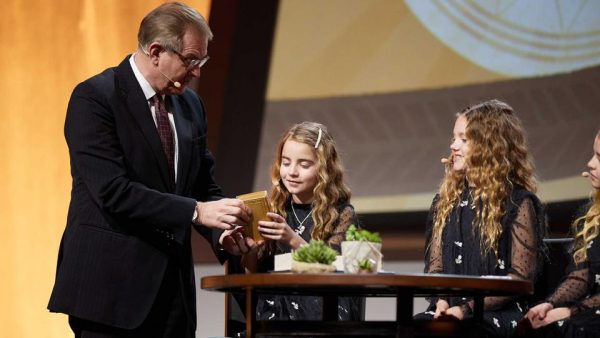 Sister Stevenson said that she never felt like a “family history girl.” However, with the new FamilySearch Memories app, she could now call herself a “modern day family historian.” She invited RootsTech attendees to use technology to record deceased family members and track, connect with, and get to know living family ones.

“We create inspired experiences that prompt inspired questions that lead to inspiring answers, as we seek to discover, gather and connect our families — past, present and future — as those inspiring experiences occur within families,” said Steve Rockwood, CEO of FamilySearch International, as he opened the annual family history conference on Wednesday.

Rockwood described RootsTech as the “farmers market” of family history. He spoke about the rise of innovations anticipated in the next decade to help gather historical records from the past. In addition, Rockwood mentioned FamilySearch’s “extensive efforts” to record oral histories among indigenous people and those in the islands and in Africa.

Emmitt Smith, the National Football League all-time leading rusher and a keynote speaker at the conference on Saturday, shared his journey of finding the story of his enslaved ancestors from West Africa and how they have influenced his life. Smith said that his own story already started generations before he was born.

“Every generation has its own journey,” Smith said. “Every child within our household, my brothers and sisters, all of us have our own journey.”

Whatever your family looks like, it needs to be protected

The Super Bowl champion continued, “Find out what’s inside of you. That will give you the strength to not only go forward, but also embrace what your past was all about.” 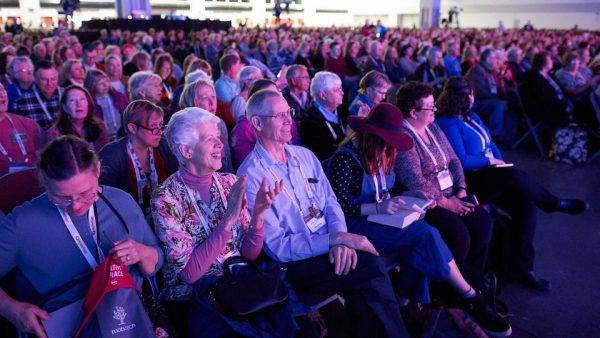 Among other keynote speakers were Leigh Anne Tuohy, whose story was portrayed in the book and film “The Blind Side.” Tuohy adopted the homeless teen Michael Oher, who later rose to become a Super Bowl champion.

“Her story captured hearts across the country, and it demonstrates the type of person she is,” said Jen Allen, event director. “She has a powerful understanding of the meaning of family, inclusion and supporting one another.”

On Wednesday night, the Young Women and Young Men general presidencies surprised more than 20,000 youths who attended the RootsTech youth party with escape rooms. The youths could explore different cultures from around the world and solve family history mysteries in the escape rooms. The various activities focused on connecting back to one’s roots.

The four-day conference hosted more than 300 sessions and 200 booths, where family history enthusiasts could explore their own histories with the help of virtual reality, research specialists and other hands-on resources.

RootsTech is hosted by FamilySearch International, a nonprofit organization. FamilySearch offers free access to genealogical records to anyone and is operated by The Church of Jesus Christ of Latter-day Saints.

Written By
Official Newsroom
More from Official Newsroom
The next episodes of the Book of Mormon Videos series from The...
Read More
The 10th anniversary of the world’s largest family history event, RootsTech, held February 26–29, 2020, attracted nearly 30,000 people from all over the world..." />