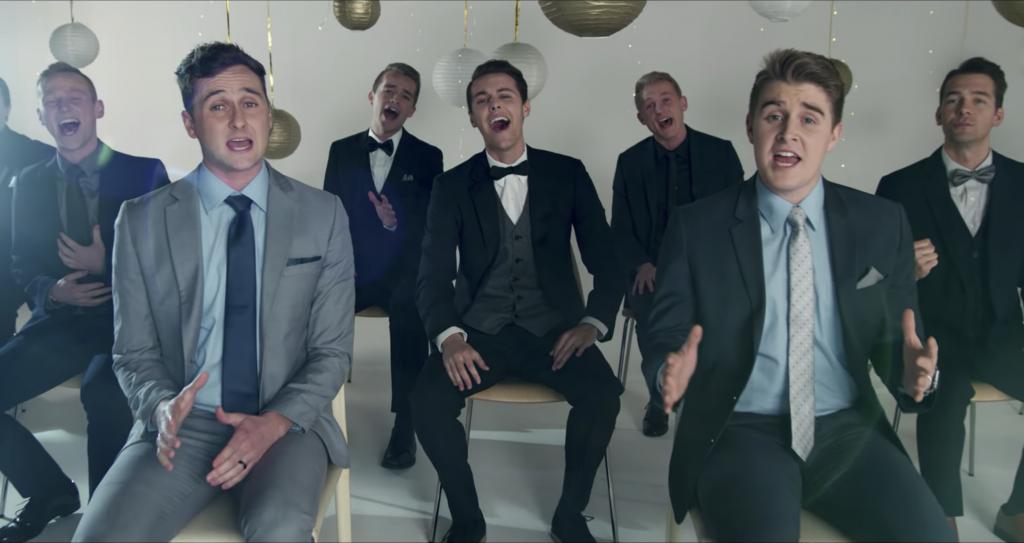 BYU Vocal Point shared a cover of the traditional hymn, “Be Thou My Vision,” in a new music video published on their YouTube Channel.

The famous Irish hymn, “Be Thou my vision” was originally a poem, found in two Irish manuscripts in the library of the Royal Irish Academy.

The words are attributed to the sixth-century Irish Christian poet Dallán Forgaill, although it is probably later than that. The best-known English version, with some minor variations, was translated by Eleanor Hull and published in 1912. ¹

Now that you’ve seen what the men can do, check out BYU Noteworthy’s rendition and let us know in the comments who sang it best.

BYU Noteworthy released their version in 2016 and have garnered over 4 million views on YouTube with this version.

Why Did Nephi Prophesy of Christopher Columbus in The Book of Mormon?
← Previous
Have You Seen Inside The Now Empty Salt Lake Temple?
Next →
Comments are closed.
1 shares