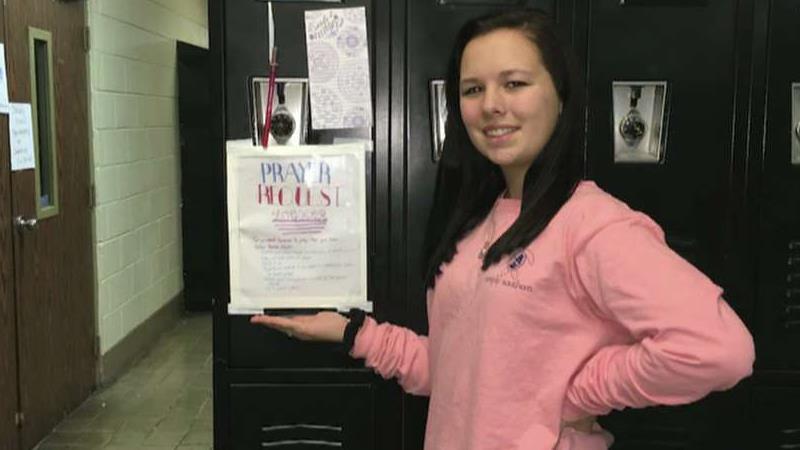 Brianna Farris’ parents must be proud of their daughter. Very proud.

Brianna started a prayer locker at her school to help out classmates after hearing about prayer lockers being used at other schools. 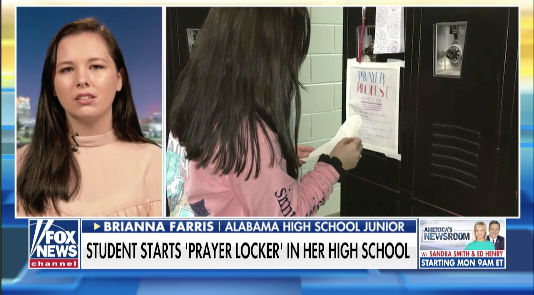 After stating that she felt led to do it, Brianna admitted that she has received some negative notes from people who don’t agree with what she is doing.

But she was warned.

Brianna’s principal tried to prepare her for the pushback she might receive from people, but she has handled the negativity with incredible grace.

What does she do when those means notes come into her prayer locker? “I just pray for the people who wrote those notes,” Brianna says.

You can check out an interview that Brianna did with Fox News Channel below.

In an interview with the Dothan Eagle, Brianna talked about the immediate success the prayer locker was:

“Within the first week, I probably got 10 prayers in the locker, which is more than I expected. So, I take them home and I’d pray for them and then on Sundays, my church also has a prayer request thing. So I write the prayer requests down and put them in the basket at church,” Farris said. 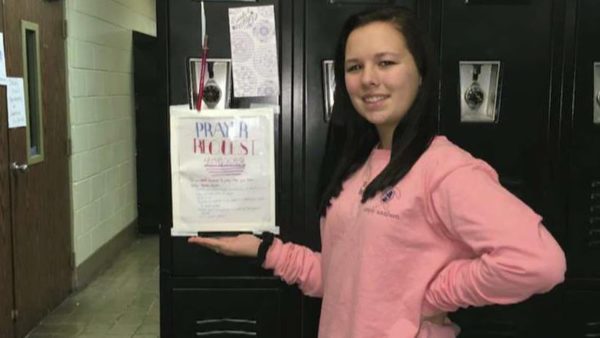 Farris has received all sorts of requests from her classmates. A few examples she mentioned included someone asking her to pray for her sick mom, for help to pass a test, for the football team to win, and for a friend to finally be able to get a job.

Pray always that you may come off conqueror

Our hats off to Brianna for making a stand and not being afraid to do such a beautiful act of service that will bless so many people.

The world, and our schools, could use a few more people like her.

See also >12 Hilarious Things That Have Been Said During Prayer