Church Announces Location of Bengaluru India Temple Along With Rendering 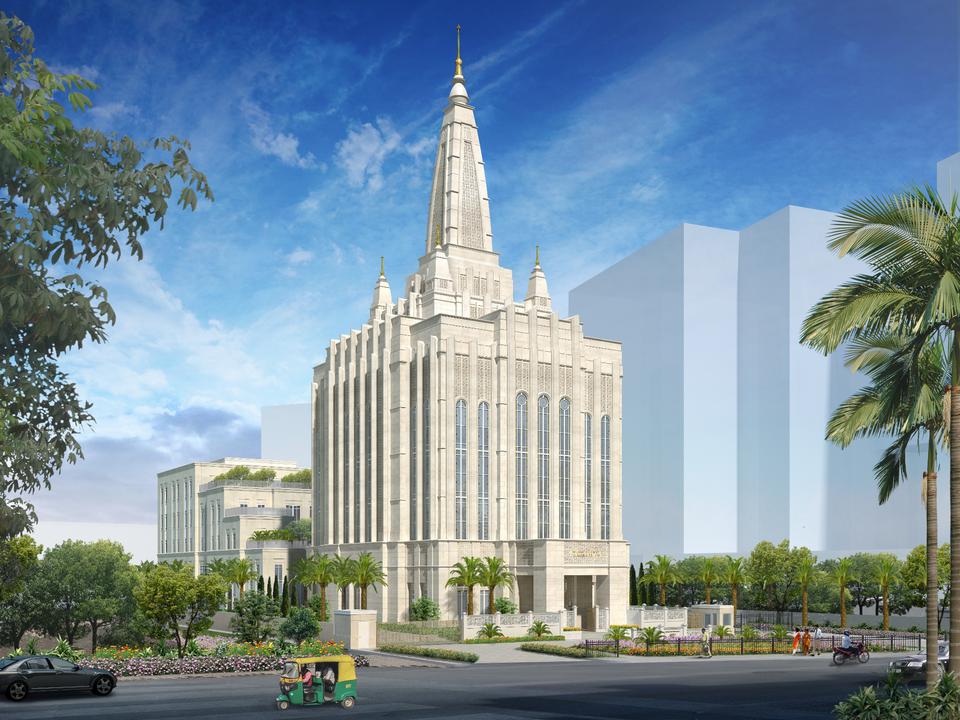 An exterior rendering has been released showing the planned Bengaluru India Temple of The Church of Jesus Christ of Latter-day Saints.

The 38,670-square-foot temple will be built on a 1.62-acre site at 2-B, Garudachar Palya, Mahadevapura, Bengaluru, Karnataka, in India. The temple was announced in April 2018 by Church President Russell M. Nelson. 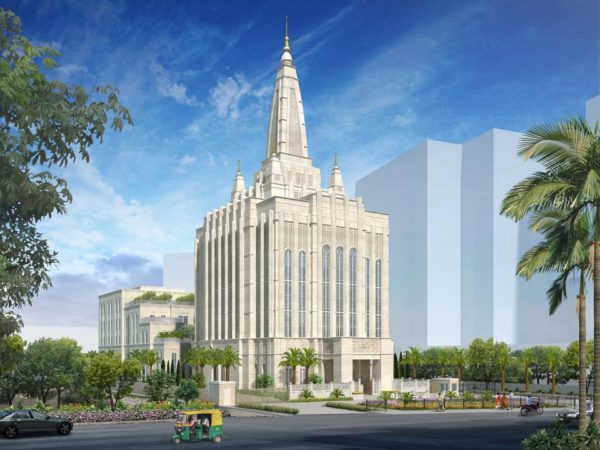 Detailed plans for this temple are still being developed. Further information will be made public later. A groundbreaking date has not been set. Project leaders will soon start working with local government officials to begin the permitting and design approval process. 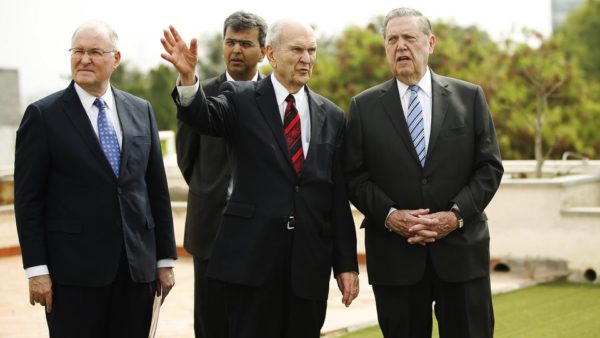 “Unofficially, church work began in 1850 by British sailors who visited Calcutta, India. They were followed in 1851 by Elder Joseph Richards, who had baptized several people in Calcutta and then set them apart as missionaries. A small branch (a small congregation) was established, but was depleted by emigration. However, additional missionaries arrived and baptized a few more people, and a small meetinghouse was built.

In 1853, additional missionaries took the gospel message to Madras, Bombay, Rangoon, Karachi, Poona, and other areas, and several small branches were established. However, when these missionaries returned to Utah in 1858, some of the new members also emigrated. Although other missionaries and baptisms followed, the missionaries were not successful in learning the native languages and the India Mission was not considered a successful one. At least one branch existed through 1903.

Church Announces Location of Bengaluru India Temple Along With Rendering

Other missionary efforts were initiated in subsequent years with some success. In 1981, government regulations allowed a missionary couple to establish a branch. The Book of Mormon: Another Testament of Jesus Christ was translated into Telugu in 1981.

In 1993, a mission was created in Bangalore with Gucharan Singh Gill, a native of India, presiding over it. At that time there were 1,150 members in 13 branches, which increased to 2,000 members in 18 branches five years later.” ¹

The amazing part of the announcement of a new temple is the number of members of The Church of Jesus Christ there currently are in India. 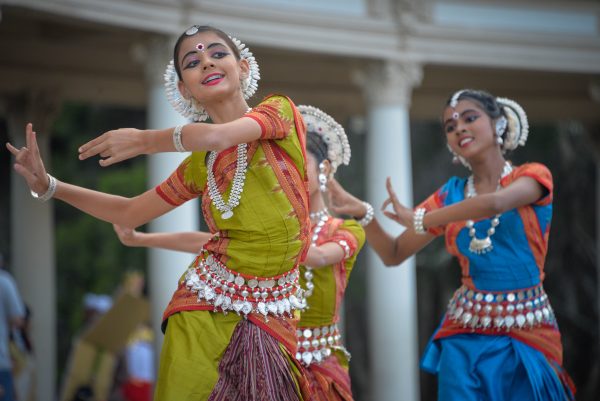 Photo by Pavan Gupta on Unsplash

Get this – there are 13,500 members on record living in India. That is .001% of the population. This chart below shows the population and LDS Membership for the 5 temples announced internationally.

Consider the magnitude of what just happened during General Conference – a temple was announced in a country that has 1.3 billion people, and 99.999% have never heard of the church! I think there would have been quite a few more gasps from the congregation if they had known that. Russia is also a pretty remarkable announcement as 99.984% of their population is not LDS and there are 144 million people living in that country.

And now, after the announcement from President Nelson, the wonderful people of India will receive a temple of the Lord in their midst. As the Lord hastens His work, it is incredible to think the role this temple will play in the acceleration of missionary work across India. Russia will also be equally blessed, as well as each location where temples of the Lord are being built.