Full Details of the Martyrdom of Joseph and Hyrum Smith

On several occasions during his time in Nauvoo, Joseph Smith told the Saints he feared for his life, and he worked to prepare the Church to continue in his absence.1

In the spring of 1844, he faced mounting opposition both among dissident Latter-day Saints and opponents of the Church in the region. In early June 1844, dissidents published a newspaper called the Nauvoo Expositor, which attacked Joseph Smith’s character and criticized certain doctrines and practices of the Church.

Acting on their understanding of the law and fearing that the paper could bring increased persecution to the Church, Joseph Smith (as mayor of Nauvoo) and the city council considered the paper a public nuisance and ordered the press’s destruction.2

Almost immediately, opponents of the Church published calls for Joseph’s arrest and for further violence against the Saints. Joseph and his brother Hyrum contemplated escaping and even crossed the Mississippi River, but they decided to submit to arrest on charges relating to the destruction of the press.3

Joseph and Hyrum Go to Carthage

Joseph and Hyrum reported to Carthage, Illinois, where they were further charged with treason and placed in custody pending a trial. Governor Thomas Ford had promised them protection, but they felt uneasy being jailed in a hostile town. 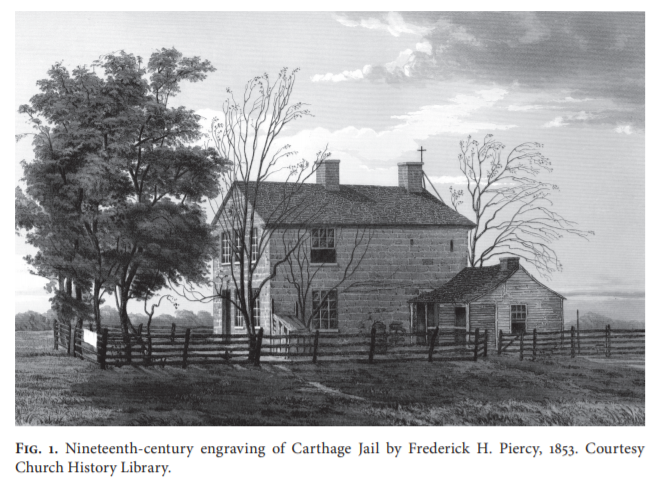 While waiting in the upstairs room of the jailhouse, Joseph, Hyrum, Willard Richards, and John Taylor studied the Book of Mormon, sang hymns, and spoke words of blessing to visitors.

On June 27, Joseph dictated a letter to his wife Emma in which he expressed his love for his family and his thoughts on the coming trial. “I am very much resigned to my lot,” he wrote, “knowing I am Justified and have done the best that could be done. Give my love to the children and all my Friends.”4

Late that afternoon, an armed mob charged the prison, rushed up the stairs, and fired shots into the room where Joseph and his companions were being held. 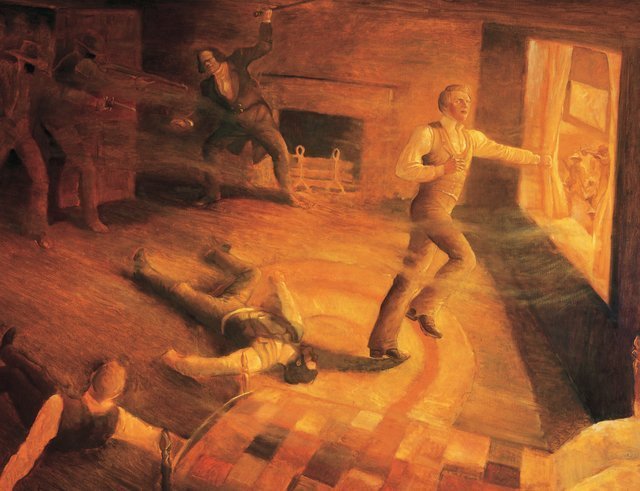 Joseph rushed to the window, was shot in the chest and the back, and fell to the ground below, where he was likely shot again.

After the murders, Joseph and Hyrum Smith’s bodies were driven to Nauvoo in two open wagons. The bodies were cleaned and examined, and death masks were made to preserve their facial features. 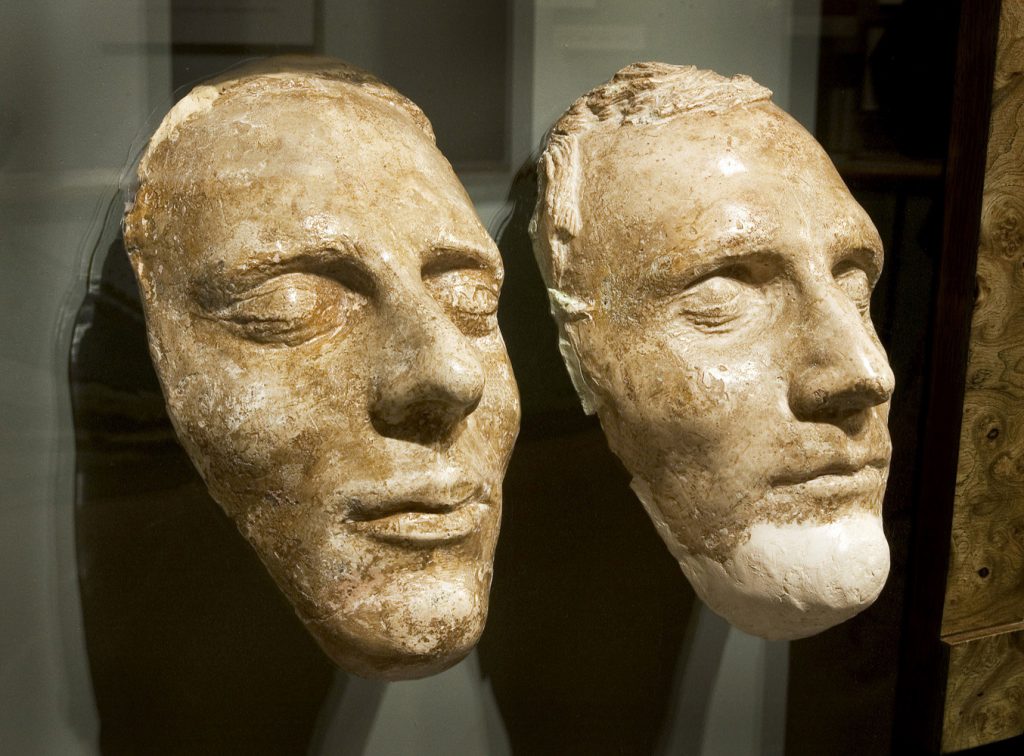 A public viewing, attended by about 10,000 people, was held at the Mansion House. Fearing that enemies might desecrate the bodies, mourners filled coffins with sandbags for a public burial. The bodies were initially buried under the unfinished Nauvoo House, then months later were disinterred and reburied under an outbuilding on the Smith homestead.6

Full Details of the Martyrdom of Joseph and Hyrum Smith #josephsmith

John Taylor and Willard Richards provided firsthand accounts of the murders, including entries Richards made in his journal while in Carthage Jail.7 The Nauvoo Neighbor and Times and Seasons published an announcement of the deaths and a eulogy for Joseph and Hyrum, which was later canonized in the Doctrine and Covenants.8

William Daniels, a member of the mob who observed events from outside the jail and who later joined the Church, also recorded his perspective.9 A detailed account produced in 1856 by John Taylor was used by Church historians in compiling Joseph Smith’s official history.10 In these accounts, Joseph and Hyrum were hailed as martyrs for the cause of the restored Church.

Many others left accounts of hearing news of the deaths, witnessing the grief of widows Emma Smith and Mary Fielding Smith, and mourning for the loss of the Prophet and Patriarch.

“I saw the lifeless corpses of our beloved brethren when they were brought to their almost distracted families,” wrote Vilate Kimball in a letter to her husband, Heber. “I witnessed their tears and groans, which was enough to rend the heart of an adamant. Every brother and sister that witnessed the scene felt deeply to sympathize with them. Yea, every heart is filled with sorrow, and the very streets of Nauvoo seem to mourn.”11

Five men were indicted for the murders and stood trial in Carthage in May 1845. Church members were encouraged not to testify or attend the trial out of concern that the justice system was stacked against them and in fear of provoking further violence.

Without Mormon witnesses, the prosecuting attorney could present little credible testimony, and he dismissed all the key evidence, leading the jury to acquit all five men. This has led some scholars to view it as a sham trial.12

Stories circulated among Latter-day Saints regarding the purported fates of those involved in the murders. Scholars have researched their lives and established that these stories of divine retribution were folklore and not history.13

Joseph Smith’s death left the Church without a leader for the first time since its founding in 1830, and Hyrum’s death eliminated one potential avenue for succession. In the months following the martyrdom of the Prophet and Patriarch, the vast majority of Church members sustained the leadership of the Quorum of the Twelve.14

For a more in-depth account of the martyrdom, click here to read Joseph and David Lyon’s Physical Evidence at Carthage Jail and What It Reveals about the Assassination of Joseph and Hyrum Smith