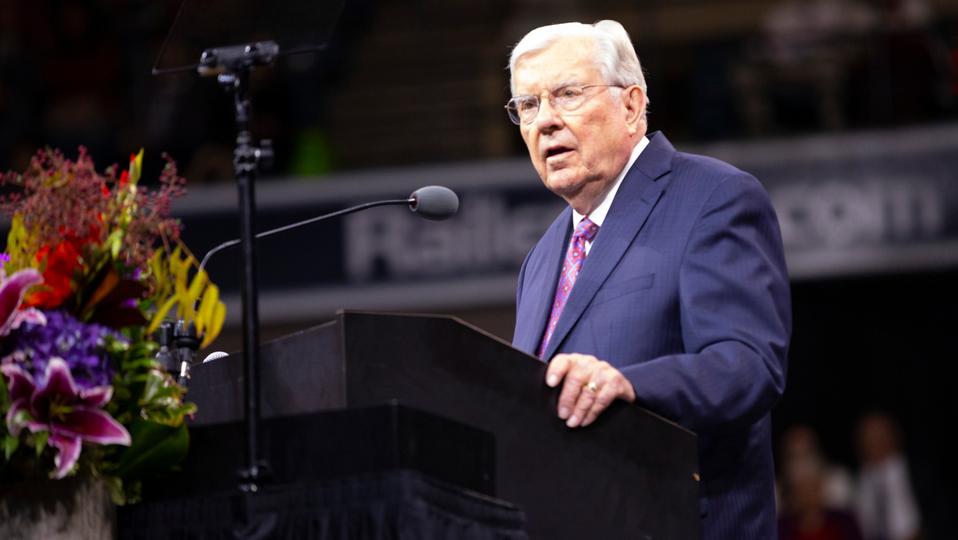 “Our nation was founded on prayer, it was preserved by prayer, and we need prayer again,” said President M. Russell Ballard, acting president of the Quorum of the Twelve Apostles of The Church of Jesus Christ of Latter-day Saints, who spoke at a devotional in Massachusetts on Sunday. “I plead with you this evening to pray for this country, for our leaders, for our people and for the families that live in this great nation founded by God. Remember, this country was established and preserved by our founding fathers and mothers who repeatedly acknowledged the hand of God through prayer.” 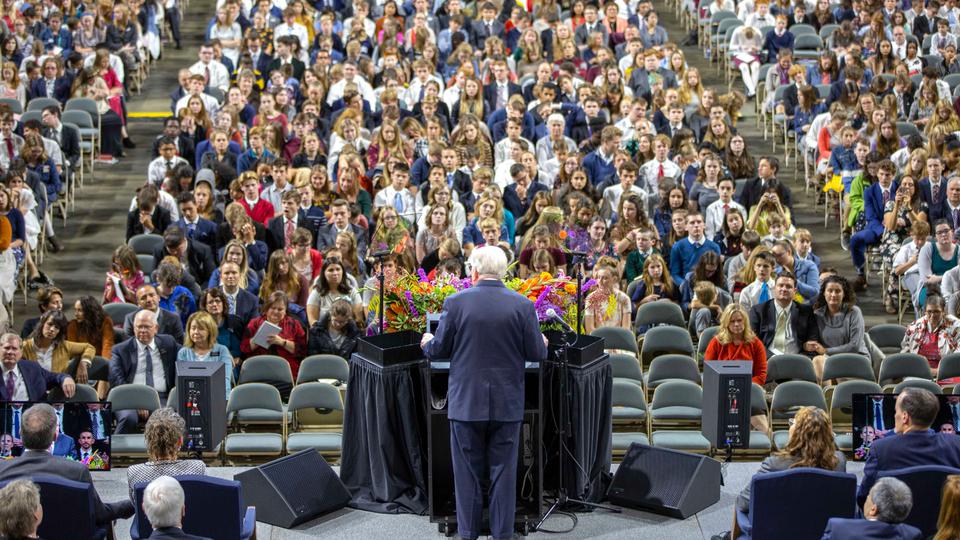 Thousands of Latter-day Saints and invited guests gathered at the DCU Center, an arena in Worcester, located about an hour west of Boston.

“This area was the seedbed of so very much that led to the founding of this nation,” said President Ballard. “I invite you to join in a new movement. Invite your neighbors, your colleagues, your friends on social media to pray for this country.”

President Ballard, who turned 91 earlier this month, was joined by fellow apostle, Elder D. Todd Christofferson of the Quorum of the Twelve Apostles, and his wife, Katherine.

What strikes me is to see the progress of the Church here,” said Elder Christofferson, referring to early events in Church history in New England. “It’s exciting just to contemplate a couple hundred years later where things have grown to in this location as well as the rest of the world.”

The meeting was broadcast to all Church meetinghouses throughout the North America Northeast Area, which includes congregations in Connecticut, Maine, Massachusetts, New Hampshire, Rhode Island and Vermont. Music was provided by a choir of 150 adults from across New England. 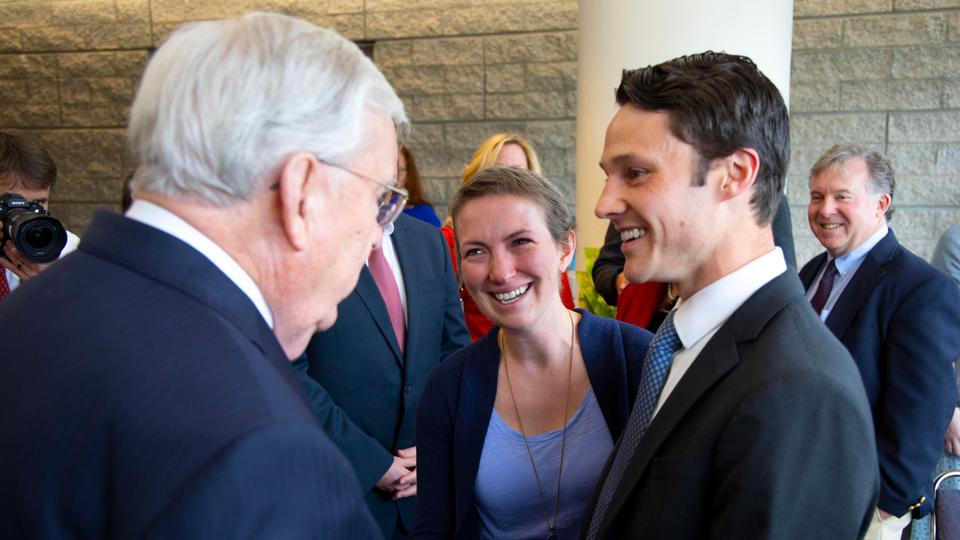 Prior to the meeting, President Ballard and Elder and Sister Christofferson met with young single adults and shared some advice and counsel with them.

Amber Noble from North Chelmsford, Massachusetts, said the opportunity “fills my heart with joy” and “really reiterates Jesus’s love and God’s love for all of us.” 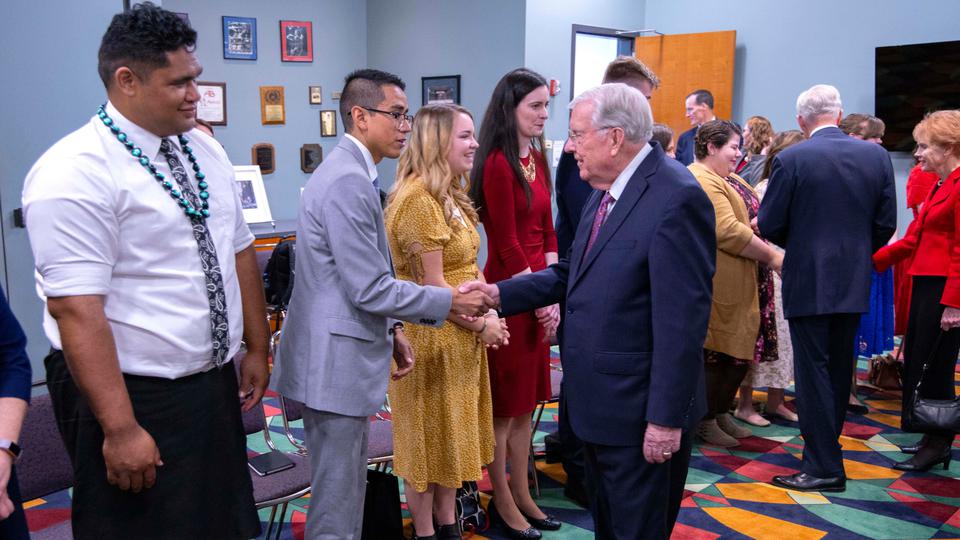 Before traveling to Massachusetts, the two Apostles were in Vermont where they spoke at a meeting in South Royalton on Friday night. Saturday, they addressed missionaries in the North America Northeast Mission in a broadcast before touring the birthplace of Church Prophet Joseph Smith in Sharon. Joseph Smith was born in the rural Vermont community December 23, 1805.

Our nation was founded on prayer, it was preserved by prayer, and we need prayer again

Nearly 28,000 Latter-day Saints in 57 congregations reside in Massachusetts. The state also has one temple, the Boston Massachusetts Temple.

Be prepared. Be healthy. Reduce waste. Save time. Build Food Storage. Unlock convenience with Thrive Life. Click here or on the image below for Simple. Clean. Food.

President Ballard Weeps During Powerful Visit to Vermont Birthplace of Joseph Smith
← Previous
Incredible and Powerfully Illustrated Video Explains the Story of the Plates of Mormon
Next →
Comments are closed.
1 shares