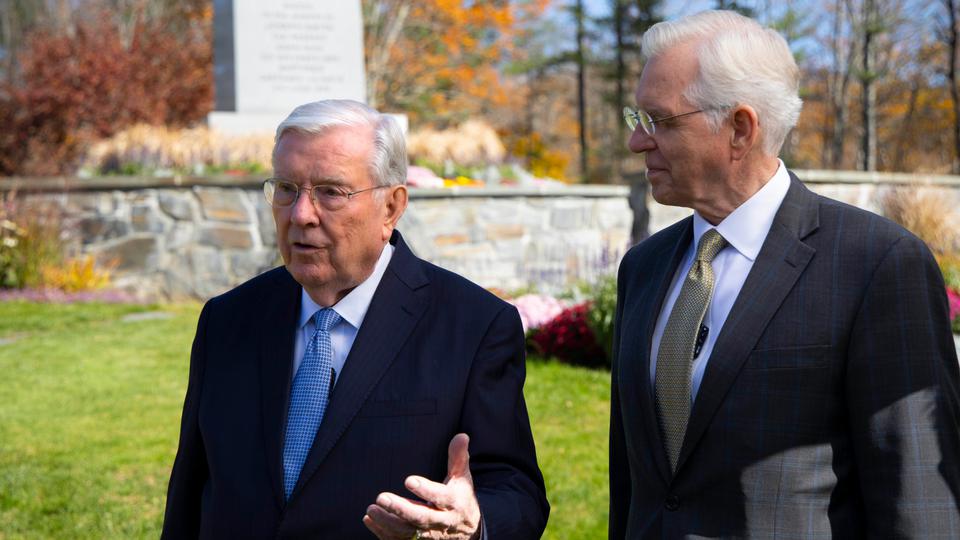 President M. Russell Ballard, Acting President of the Quorum of the Twelve Apostles of The Church of Jesus Christ of Latter-day Saints, embarked on a weekend journey to New England, an area rich in early Church history.

The first stop was Sharon, Vermont, the birthplace of Church Prophet Joseph Smith. The visit was especially meaningful to President Ballard, a direct descendant of Joseph Smith’s older brother, Hyrum. Joseph and Hyrum were martyred 175 years ago in Illinois. Hyrum is President Ballard’s great-great-grandfather.

“I can’t get anywhere near this birthplace without having deep affection and love for the prophet Joseph Smith,” said President Ballard. “I feel obligated to do everything I can to declare and to teach that the gospel is once again on the earth.”

President Ballard was joined by Elder D. Todd Christofferson of the Quorum of the Twelve Apostles and his wife, Katherine. Friday night, the Apostles spoke to Latter-day Saints gathered at a meetinghouse in South Royalton, Vermont. 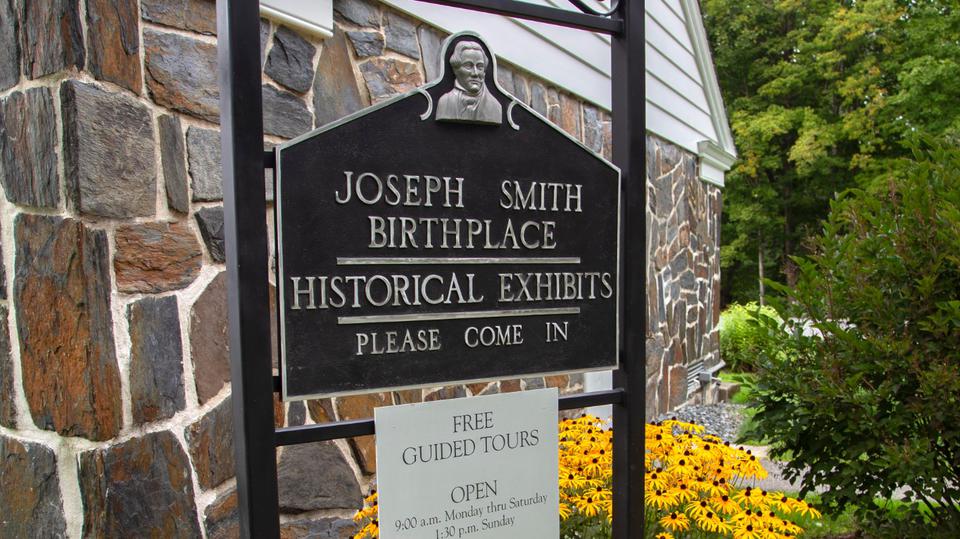 During his remarks, Elder Christofferson paid tribute to Elder Ballard’s leadership and service.

“To me, he is the ideal of what a church leader ought to be,” said Elder Christofferson, “someone who leads by listening, who leads in counseling, who leads by inspiration and revelation. He knows whose Church it is.”

Saturday morning, President Ballard and Elder Christofferson participated in a 90-minute meeting that was broadcast to missionaries serving in the North America Northeast Mission.

In all, about a dozen of the early leaders of the Church, including Brigham Young, were born in Vermont, which is now home to about 4,600 members.

Before leaving Vermont on Saturday, the senior leaders toured the Joseph Smith Birthplace Memorial Visitor Center and the foundations of some homes with Smith family ties. 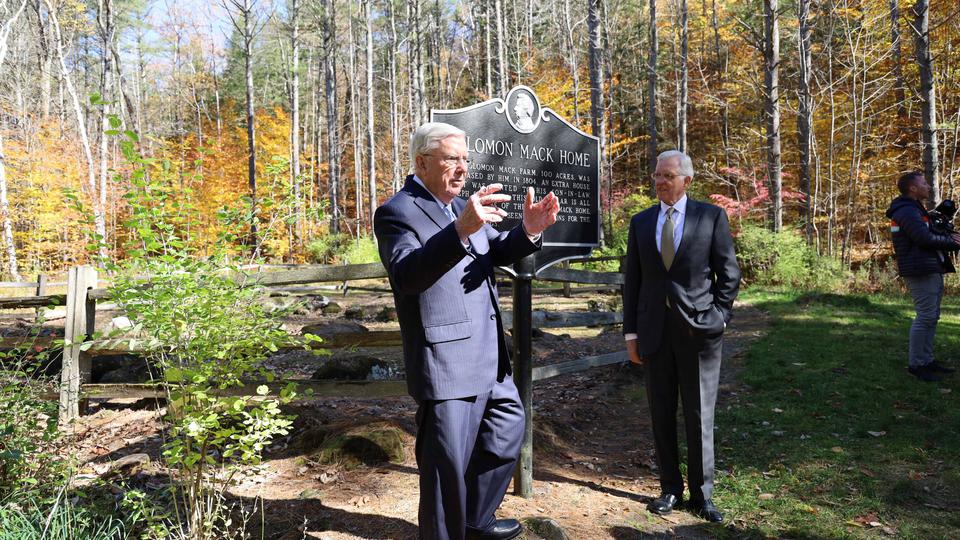 “It is a sacred spot. One feels that here,” said Elder Christofferson. “I think all of us can feel the spirit that is here in our lives wherever we are.”

In his service as an apostle, President Ballard said he often thinks of his ancestors – those early Church leaders – who came from humble beginnings.

“I think I hear them say, ‘get going boy, do something worthwhile. Tell the world what’s happened,’” said President Ballard. “I get nudged big time.” 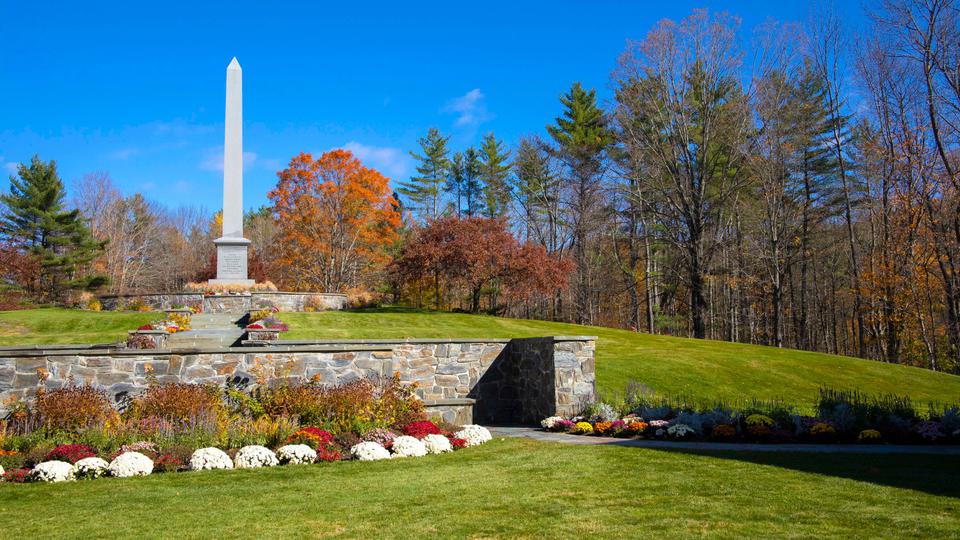 President Ballard and Elder Christofferson spoke at a devotional Saturday evening in Cambridge, Massachusetts. They will speak at another devotional Sunday afternoon in Worcester before returning to Utah on Sunday evening.

The Sunday meeting in Worcester will be held at the DCU Center at 4:00 p.m. It will be broadcast to Church meetinghouses throughout the North America Northeast Area, which includes congregations in Connecticut, Maine, Massachusetts, New Hampshire, Rhode Island and Vermont.

Be prepared. Be healthy. Reduce waste. Save time. Build Food Storage. Unlock convenience with Thrive Life. Click here or on the image below for Simple. Clean. Food.