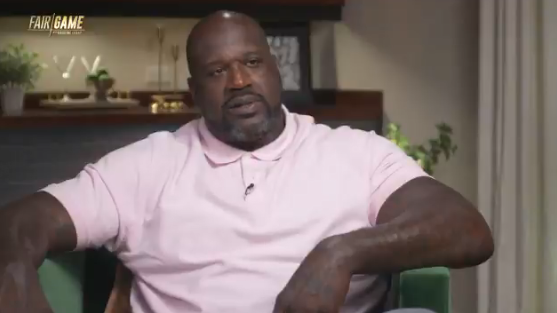 The following is an excerpt from an article on LDS Living.

On Fox Sports’ Fair Game with Kristine Leahy, Shaquille O’Neal praised retired Latter-day Saint NBA player Mark “Mad Dog” Madsen as “the purest NBA guy I’ve ever met.” He continues, “I don’t know much about Mormons or their religion, but . . . most rookies, when they come in, they go crazy, including me. . . . Mark was none of that.”

As teammates on the Los Angeles Lakers, Shaq and Mad Dog developed a lasting friendship. When asked why Shaq gifted thousands of dollars to help Madsen buy new clothes, Shaq responded, “Mad Dog was the purest NBA guy I’ve ever met. He really was, and I had to protect that.”

💰💰 @SHAQ shares with @KristineLeahy why he took former teammate @madsen_mark on a shopping spree that included a new car and wardrobe:

"He's the purest guy I've ever met in the NBA. It was my duty to protect him." pic.twitter.com/gRR1848rBf

When referencing the extravagant and “crazy” lifestyle that many players in the NBA assumed, Shaq recalls a conversation he had with Madsen: “He told me, ‘Shaq, I don’t do that.’ It was awesome to hear because I had never heard that before.”

Shaq encouraged his teammates to respect Madsen’s beliefs and felt a responsibility to protect Mad Dog’s integrity while also helping him become a part of the team. 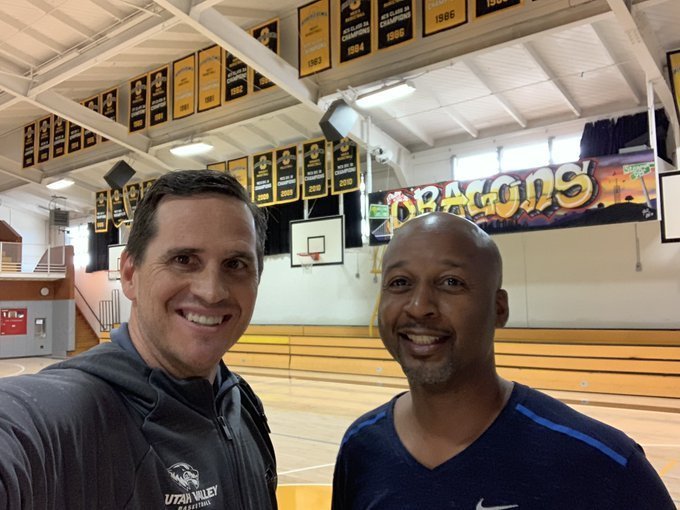 “It was my job to protect him. But I still wanted to make him cool—one of the guys, right?” Shaq recalls. “We have on our thousand-dollar suits and Mark, little khakis, little shirt. And I said, ‘Mark you gotta . . . you’re an NBA player.’ ‘No Shaq, I want to save.'”

Mad Dog was the purest NBA guy I’ve ever met. He really was, and I had to protect that.

When Madsen started playing with the Lakers, he drove a 10-year-old white minivan his parents had gifted him as a graduation gift. When Shaq discovered the dented car amidst the other luxury sports cars…

TO READ THE FULL STORY, CLICK HERE TO VISIT LDSLIVING.COM

Madsen played NCAA basketball at Stanford, where he finished his career ranked in the school’s career top 10 in blocks and rebounds. In addition, Madsen helped the Cardinal to four NCAA tournament appearances, including a Final Four berth in 1998.

Perhaps his signature moment at Stanford was his dunk and free throw that gave Stanford a lead over Rhode Island, propelling the team into the Final Four, where it lost to eventual champion Kentucky. Madsen was a two-time All-American and a two-time All-Pac-10 selection.

The Los Angeles Lakers selected Madsen in the first round (29th pick overall) of the 2000 NBA draft. He contributed to the Lakers’ NBA championships in 2001 and 2002, and became well known for his goofy dances at the victory parades for those championships.

Talking about his prime with the Lakers, Shaquille O’Neal said that the only player who could thwart him from his dominant play was Madsen. “He used to beat me up in practice”, O’Neal said.[1]

Following being waived, Madsen was hired as the assistant coach for the Utah Flash of the NBA Development League (D-League).[4] In 2012, he was hired as an assistant coach at Stanford.[5] On May 13, 2013, he was named head coach of the Los Angeles D-Fenders, a D-League team owned by the Los Angeles Lakers.[6] On July 19, 2013, Madsen was promoted to a player development coach position with the Lakers.[7]

Madsen is a member of The Church of Jesus Christ of Latter-day Saints. Madsen speaks Spanish, acquiring the language from a two-year mission abroad in Málaga, Spain on behalf of his church following his graduation from high school.

As a youth, Madsen attained the rank of Eagle Scout and credits Scouting with teaching him about leadership, character and mentoring.[11]

In fall 2010, Madsen enrolled in the Stanford Graduate School of Business. In June 2012, he received an M.B.A. degree with a Certificate in Public Management.[12]