Did This Apostle’s Prophetic Insight Reveal Who the Next Prophet Will Be? 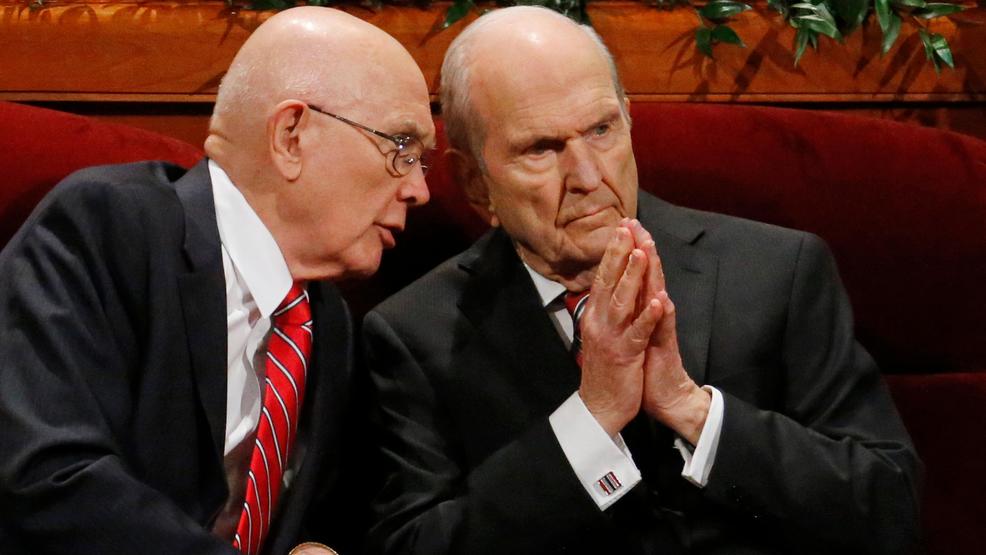 But something interesting caught my ear during the event that I haven’t been able to stop thinking about since.

“Every day of my life, I thank my Heavenly Father—in the name of Jesus Christ—for the gift of life and the privilege of serving His children.” … “Jesus the Christ is literally my Savior, my Redeemer, my Exemplar, and Friend.”
—President @NelsonRussellM https://t.co/4paBxv1esG pic.twitter.com/cijh2DqUgM

— The Church of Jesus Christ of Latter-day Saints (@Ch_JesusChrist) September 7, 2019

Throughout the evening the congregation was entertained by the Tabernacle Choir and Orchestra at Temple Square, along with other talented artists such as Donny Osmond, Nathan Pacheco, and the Bonner Family.

There were also shown various video clips that included friends of President Nelson who would talk about his time as a doctor or provide some insight into his life that the general public wouldn’t know about. 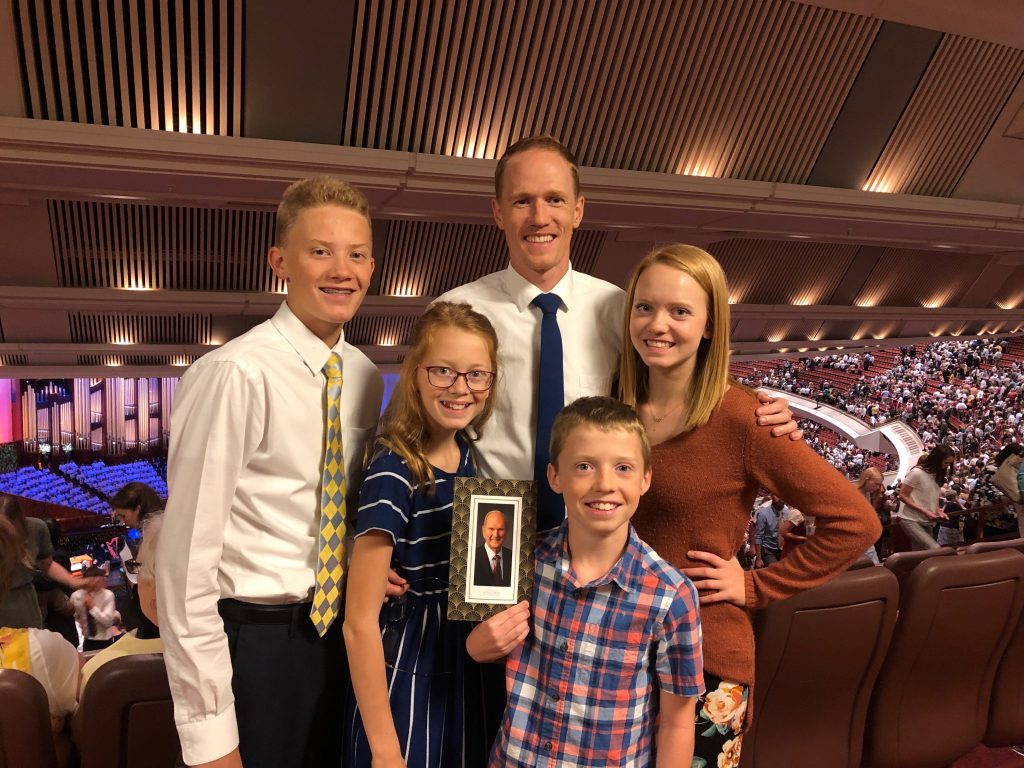 Our family at the Birthday Celebration

One interesting piece of commentary came from M. Russell Ballard – and it might well be described as prophetic!

Elder Ballard relayed an experience 35 years earlier at the filling of two vacancies in the Quorum of the 12 apostles in 1984, after the deaths of LeGrand Richards and Mark E. Petersen.

When Russell M. Nelson and Dallin H. Oaks were called to the Quorum of the Twelve Apostles to fill those vacancies, Elder Ballard had a feeling that the membership of the church had just sustained two special individuals.

Dallin H. Oaks and Russell M. Nelson as newly called members of the Quorum of the 12 Apostles

He said, “When Russell Nelson and Dallin Oaks were announced to be members of the Quorum of the Twelve Apostles I thought, We have just sustained future Presidents of the Church. That was a feeling I had because I knew the depth of Russell M. Nelson.”

Clearly Elder Ballard was correct on his feeling that Russell M. Nelson would be a future President of the Church. President Nelson was set apart as the 17th President of The Church of Jesus Christ of Latter-day Saints on January 14, 2018, in the upper room of the Salt Lake Temple.

But to me, the more intriguing part of the comment from Elder Ballard was his feeling that Dallin H. Oaks would also be a future President of the Church.

Did This Apostle’s Prophetic Insight Reveal Who the Next Prophet Will Be? #latterdaysaints

That begs the question: Does President Oaks current calling as 1st Counselor in the First Presidency fulfill that prophetic feeling since he is referred to as President, or was Elder Ballard referring to Elder Oaks being the future prophet?

(Before I proceed, I want to make it clear that I love President Nelson. This article is not intended to move on and forget him, the purpose is to express how neat it is that Elder Ballard, 35 years ago, felt an impression that is unfolding right before our very eyes.)

President Nelson just reached his 95th birthday and doesn’t appear to be slowing down at all. Assuming he reaches the century mark, Dallin H. Oaks will then be 92. Oaks celebrated his 87th birthday on August 12th, 2019.

We have just sustained future Presidents of the Church.

As it currently stands, President Oaks is the 2nd longest tenured member of the twelve, and as such is the President of the Quorum. This means he would be next in line to be prophet, but a lot can happen in a short period of time, especially when you are 87-years old.

If Elder Ballard’s feeling was to be interpreted as President Oaks becoming prophet, it will be interesting to see how things unfold in the coming years. One wonders if Oaks will change his focus, for when President Benson became prophet, his message shifted from warnings of the evils of communism and socialism to a heavy focus on the Book of Mormon.

Will Oak’s messaging similarly change? President Oaks has been known for his talks about love and law, with an emphasis on the unchanging nature of the law of God. What will the focus of his presidency be if it comes to that point? 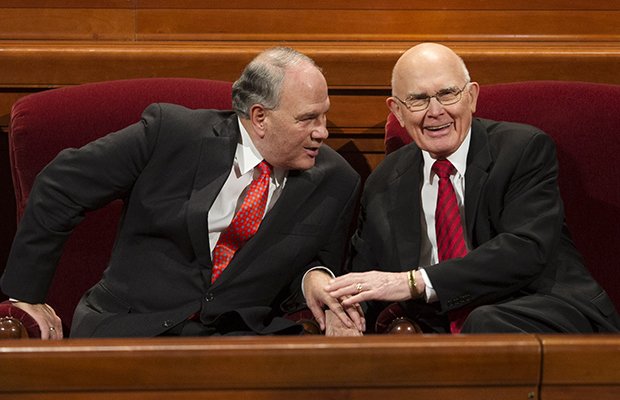 No matter who is called as the successor to President Nelson, it will be a joy to sustain them. What a blessing it is to have a prophet of God.

Unexpected Exchange Between Police Officers and BYU Fans After Tennessee Win
← Previous
In Case You Didn't Watch President Nelson's BYU Devotional This Is What You Missed
Next →
Comments are closed.
61 shares