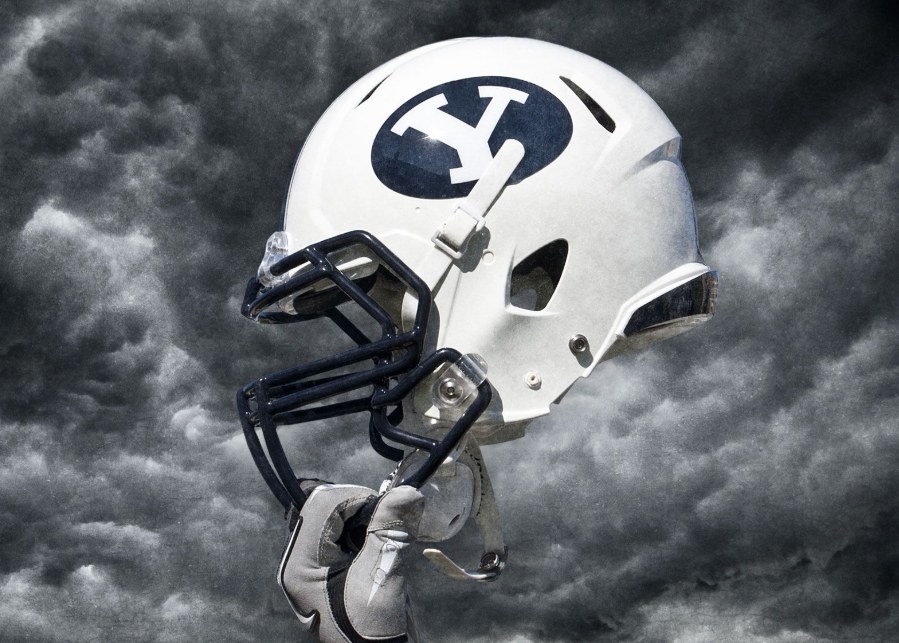 Jeff Stiles is a Captain of the Knoxville Police Department and was on duty the night of the BYU Cougars 29-26 overtime win against Tennessee.

The loss was gut-wrenching for the Volunteers, sending them to an 0-2 record for the first time since 1988.

The win for the Cougars had the visiting fans in an attitude of elation, as BYU pulled off a miracle comeback, with Jake Oldroyd nailing a 33-yard field goal with 1 second left on the clock in regulation to force overtime.

That led to a 5-yard scamper from Ty’Son Williams into the endzone in the 2nd overtime which gave BYU the road victory.

BYU pushes for the win in Knoxville 😱 pic.twitter.com/iQc1VA12dn

After the game, excited BYU fans lined up outside the stadium to cheer on their team as they headed towards the bus.

After the incredible sendoff for the players, Captain Stiles and the other officers were dismissed from their field duty and allowed to exit the stadium.

While leaving, Stiles said he and other police officers ran into something unexpected.

“As we’re approaching this enormous group of BYU fans that have packed outside the gate, they make a path and begin cheering for US! I must have given 100 high-fives and heard “Thank you for your service” dozens of times.”

Captain Stiles admits the reception was a little odd at first, as they are used to receiving some unkind comments towards cops, but he never heard one negative word.

“I expected some foul comments about cops, nothing ever came.”

Ministering Can Be Simple

Jeff’s wife Amy took to social media and commented on a post from Jeff that has gone viral:

Jeff Stiles is my husband and has been with the Knoxville Police Department for nearly 28 years. He said what happened last night has never happened before.

I walked out right behind Jeff and everyone was giving me high 5s as well! 😍 😍

As a “volunteer” helper at the tailgate and witnessing the incredible BYU fans before, during, and after the game, I am so proud to be a member of the Church of Jesus Christ of Latter Day Saints.

Ministering can be as simple as being nice and saying thank you.

In a world that so often likes to focus on the negative actions of others and that which divides, it’s nice to share a story that warms the heart and shows the best of humanity. Thanks to all the Cougar fans who were a class act.

After posting this article, we received a comment from a reader named Joe. He wanted to share the experience he had at the game.

I just wanted to share this experience with your school, students, faculty, and staff.

We sat in Section A, Row 37 as U.T. fans amongst many of the BYU fans. We found them to be courteous and gracious throughout the game, and after the come-back win as well.

We also noticed, unlike many of our fans, that they weren’t drinking beer. Kudos to you all for being classy and mature and respectful. I welcomed quite a number of BYU fans to Knoxville and wished them the best and safe travel, and shook many hands and congratulated them on their win afterward.

I would like these BYU fans to know that a recent poll showed that 76% of U.T. fans were against the selling of beer in the stadium. I wish they wouldn’t allow drinking on campus period. Thanks for being such swell fans and representing your school in such a courteous and mature way.

While waiting to buy some Powerade drinks for my son and me, I welcomed a BYU fan waiting at the counter as well. The drinks cost $14.00 and I only had $10, and they wouldn’t take debit cards. This kind gentleman offered to pay the difference and did.

Thank you also for the kindness shown to our Knoxville Police Department officers. Being in the Bible Belt, Southern Hospitality still means a great deal to many of us.

You can read the full post from Jeff and read the additional comments on social media below.

@BYUfootball @BYU @BYUSportsNation @BYUCheer @BYUalumni Some positive comments about fans going to UT game. The first post is from a 28 year veteran of the Knoxville PD. Even the cheerleaders were nice (see second post 😂) pic.twitter.com/1XKc521q26

Church Produced Live-Action Book of Mormon Series Set to Release on September 20th
← Previous
Did This Apostle's Prophetic Insight Reveal Who the Next Prophet Will Be?
Next →
Comments are closed.
14 shares