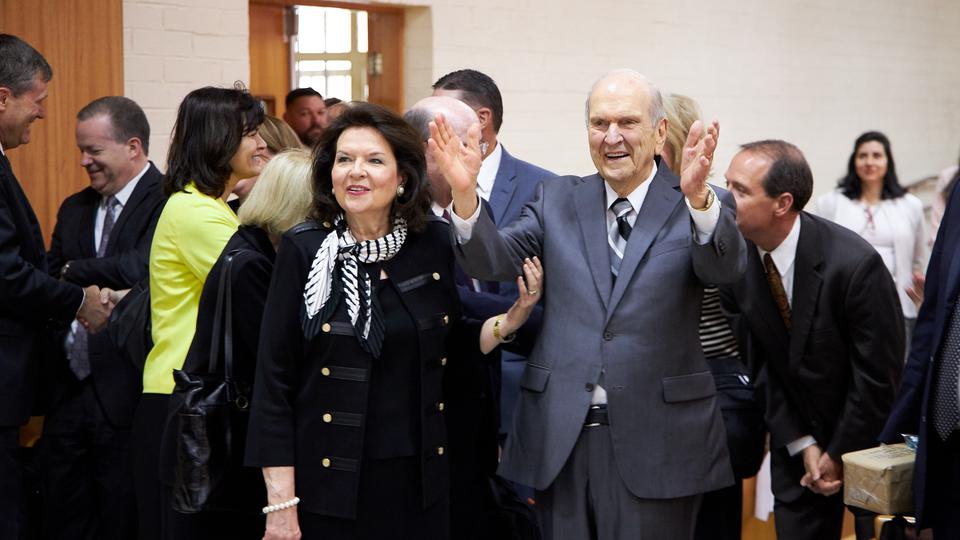 “There are exciting things ahead,” said President Russell M. Nelson of The Church of Jesus Christ of Latter-day Saints as he wrapped up his Latin America ministry in Brazil, the largest country in both South America and Latin America. “This work is moving forward at an accelerated pace. I can just hardly wait to bounce out of bed each morning and see what the day will bring.”

President Nelson said, “They talk about things going viral, membership in the Church will go viral here in Brazil.” 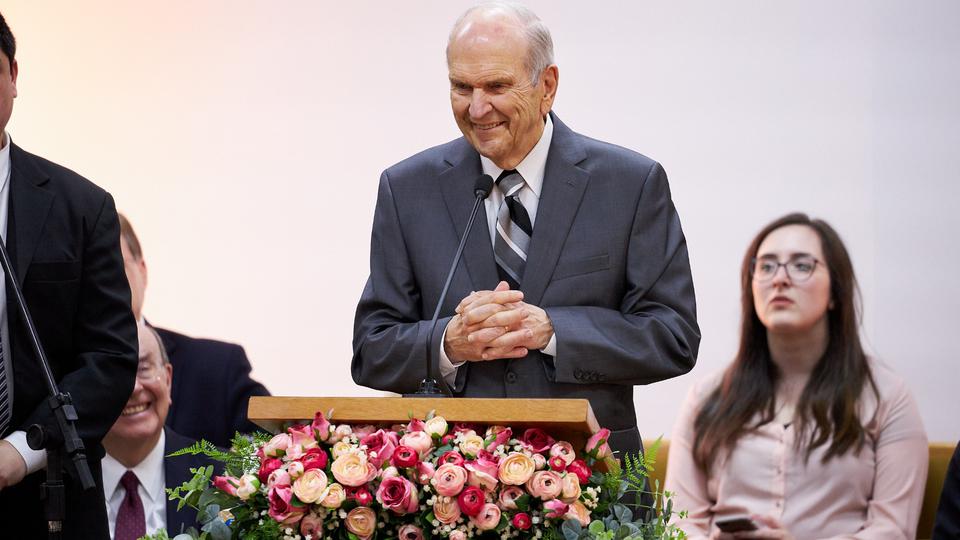 President Nelson also gave a sneak peek of what will happen in General Conference.

“We’ll announce some more temples in October General Conference. There are some areas of the world that are really quite remote. Those temples don’t need to be large and ostentatious, but the people need the covenants, the ordinances. So we’ll scale down the temples to fit the needs wherever we go.”

Membership in the Church Will Go Viral Here in Brazil

President Nelson was traveling with his wife, Wendy, and Elder Quentin L. Cook of the Quorum of the Twelve Apostles and his wife, Mary.

“We invite all people to come unto Christ, to become more like Him, to experience the joyous blessings of the Holy Temple and to have eternal life,” added the prophet, who will celebrate his 95th birthday in a week.

Brazil was the fifth stop on the prophet’s nine-day ministry to five countries, including Guatemala, Colombia, Ecuador and Argentina.

Friday, President Nelson greeted missionaries in the capital of Brasilia. A devotional was held for the young men and women who are serving full-time missions for the Church in an area of the world where membership is growing. The meeting was broadcast to the 35 missions in Brazil.

There are 5,300 missionaries in the country, The only nation that has a larger missionary force is the United States. 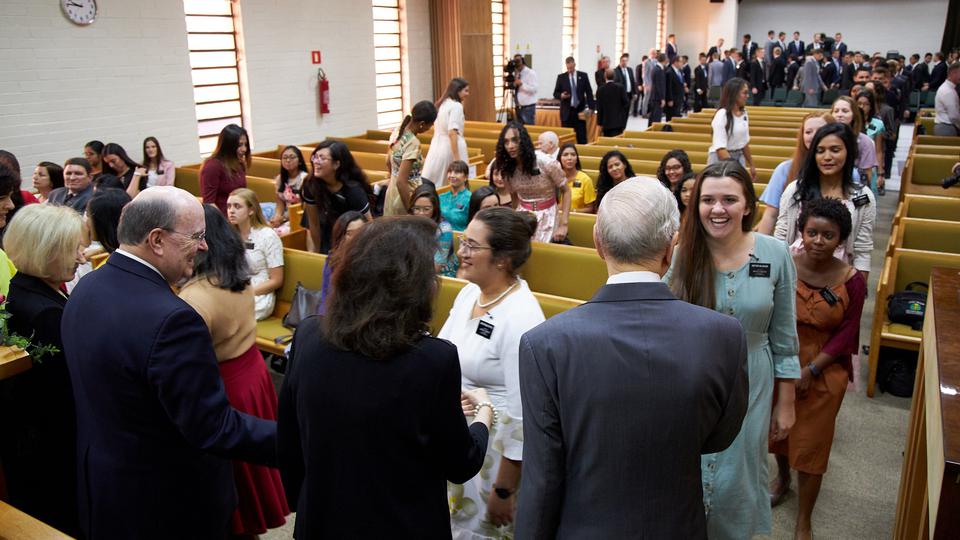 Elder Cook spoke to the missionaries about the prophet. “We—as the members the [Quorum of the] Twelve—and I personally testify we have seen the workings of the Spirit of God with him, and the revelations of Jesus Christ unto him, and the fulfillment of those revelations. I want you to know that we honor and sustain him.”

The senior Church leaders will end their journey in São Paulo, where a devotional will be held Sunday at Anhembi Convention Center. The meeting will be broadcast to all congregations in Brazil.

President Nelson is the fifth Church president to visit Brazil. He has been to the South American country as a senior Church leader 24 times, including this most recent visit. In May 2008, he was in the country with President Thomas S. Monson for the dedication of the Curitiba Brazil Temple. Other Church presidents to visit Brazil include President David O. McKay, President Spencer W. Kimball and President Gordon B. Hinckley.

Over the past nine days, the senior Church leaders have traveled to Guatemala, Colombia, Ecuador, Argentina and Brazil during the Latin America ministry. They left Salt Lake City on August 24 and will return home on September 2.

The Church, headquartered in Salt Lake City, has more than 16.3 million members worldwide in more than 190 countries and territories. There are more than 200 temples in operation, announced, under construction or being renovated around the world.

The Church continues to grow in Brazil, with membership in the country now totaling nearly 1.4 million Latter-day Saints. There are 35 missions in the country.

Brazil has seven operating temples. The Fortaleza Brazil Temple was dedicated in June. The country’s other temples are located in Campinas, Curitiba, Manaus, Porto Alegre, Recife and São Paulo. Additional temples have been announced or are under construction in the Brazilian cities of Belém, Brasília, Rio de Janeiro and Salvador.

President Nelson became the 17th president of the Church in January 2018. Since that time, he has traveled to Europe, Africa, Asia, North America, South America and the Pacific to minister to Latter-day Saints and meet with government, business and religious leaders.