Son Surprises Father with Helicopter Experience of a Lifetime 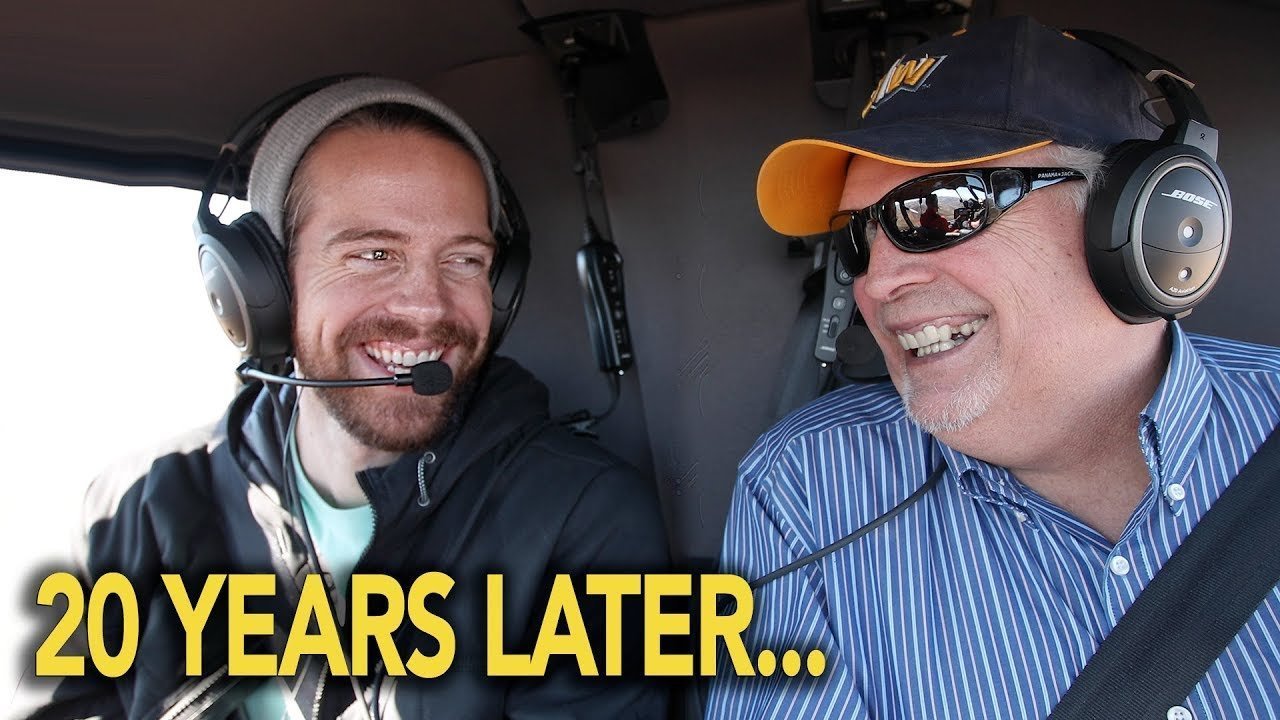 If you know anything about Bryce Jurgensmeier, he likes adventure! He is the master of creating experiences for him and his family to enjoy, and he likes to take others along for the ride.

Currently, Bryce, his wife, Nellie, and their daughter, Avalyn, are on a road trip in an RV to hide treasures in all 50 states in the USA and hope to inspire others to adventure more with family and friends.

Their YouTube channel, The Jurgys, documents these awesome experiences which they share with their loyal fans, almost a quarter of a million strong. They have also built an incredible community of fellow adventure seekers that share tips and advice in their Facebook group #WeTheAdventurers

Bryce had a pretty big surprise up his sleeve after having a recent chat with his father. His dad mentioned in a conversation with Bryce that he always tried to provide his kids with enough experiences that would help them in their life, and he was hoping that he had done a good job of that.

With Father’s Day coming up, I really wanted to do something special for my dad. A while back we were talking about fatherhood, (after our daughter Avalyn was born and made me a father) and my dad made a comment that has stuck with us. He said that he hopes he’s done his part as a father in providing his children with experiences that will help them make it through the rest of their life.

One of those key experiences happened for me on MT Borah and ever since I’ve wanted to go back and summit it with dad. We went when I was 9 and it was one of the most difficult things I had done up to that point, which set a pattern in my life. I wanted to take dad there to show him that, ‘Hey look, you’ve done it. You’ve given me some solid experiences that will stick with me forever.’ A way of saying thanks.

Hopefully, by sharing this experience, it motivates others to reconnect with their fathers and mothers.

Hey look, you’ve done it. You’ve given me some solid experiences that will stick with me forever.

What a beautiful way for a son to show a father that some of the lessons he tried to teach him had, in fact, sunk in. Every father wants to know that things which were important to him, are also important to his family.

Seeing Bryce’s father glide through the sky in the helicopter and say, “This is an experience of a lifetime,” was a fitting way for a father to pass the baton onto his son and say, “Son, you got it.”

Son Surprises Father with Helicopter Experience of a Lifetime @thejurgys