President Ballard’s Upon First Visit to India, “How Have I Missed Coming?”

Posted on Last updated: May 23, 2019 By: Author Official Newsroom 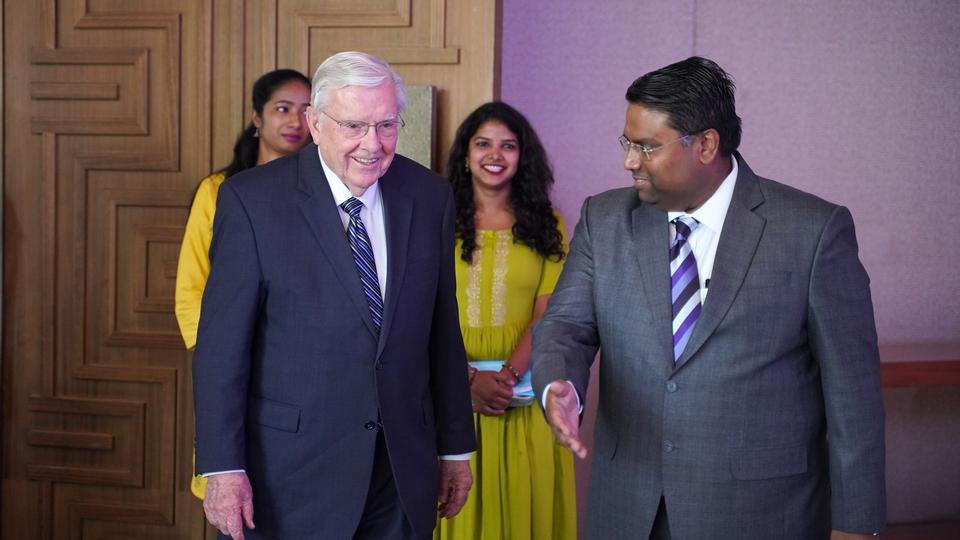 Russell Ballard, President of the Quorum of Twelve Apostles of The Church of Jesus Christ, addressed nearly 700 Church members and friends at the Hyatt Regency in New Delhi, India on May 19, 2019 – his first visit ever to the country. He expressed his love for the people of India.

“The Church is in over 140 different countries, we have the earth pretty well covered,” he said.  “I have been traveling and representing Jesus Christ and His Church for 43 years. How have I missed coming? I am thrilled to be here. You are stunning.”

President Ballard was accompanied on this trip by Bishop Dean M. Davies of the Presiding Bishopric and Elder Robert C. Gay of the Presidency of the Seventy and their wives. The group met with Church leaders from across India gathered in Hyderabad on Saturday before traveling separately to three different cities to meet with members the following day. 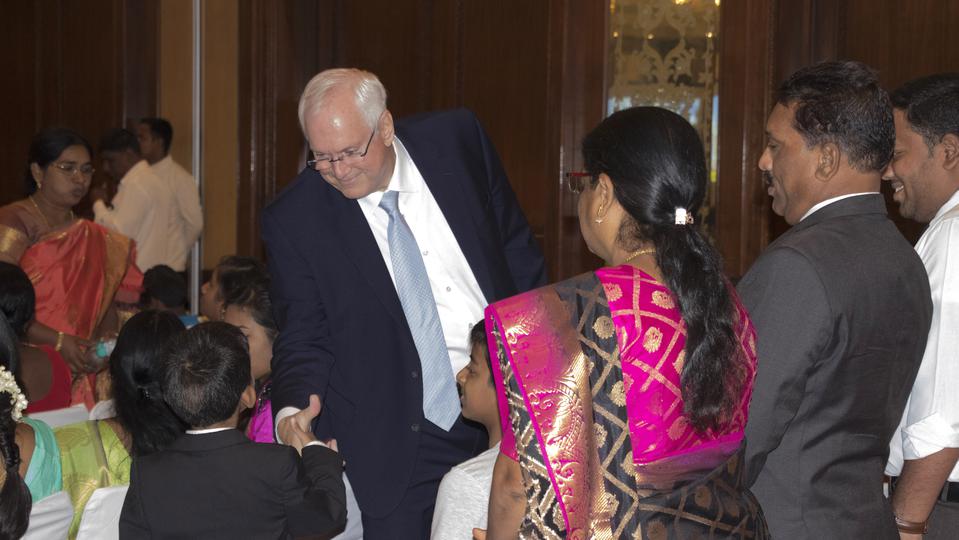 Elder Robert C. Gay of the Presidency of the Seventy greets Church members in Hyderabad, India, May 19, 2019.

On Sunday, Elder Gay and his wife spoke to members of the Church gathered in Hyderabad where he urged them to try to be the best they could be. “Don’t become discouraged because you are not perfect,” he said. “Just try to do your best and the Lord will magnify your efforts.”

In Bengaluru, Bishop Davies and his wife met with members in the Whitefield Chapel where he assured them that plans for the construction of the temple announced for that city last April are well underway. “We hope to share details of the design and location before the end of the year,” he said, urging members to prepare themselves and their families to attend when it is finally complete. 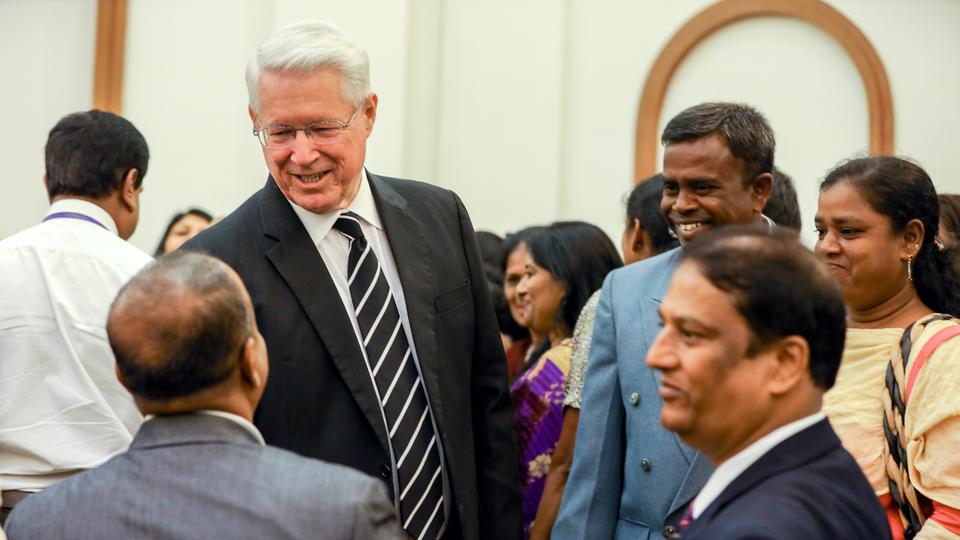 Bishop Dean M. Davies of the Presiding Bishopric urged the saints in India to prepare themselves and their families to attend the temple when it is finally complete in Bengaluru.

There are currently more than 200 temples throughout the world either in operation, under construction or announced. The temple in Bengaluru will be the first in India.

In New Delhi, President Ballard was greeted by the largest gathering of Latter-day Saints the city has ever seen. Tamanna Bhatti, who came with her young son, felt the excitement of the crowd as President Ballard walked into the room and down the aisle, stopping to shake hands along the way. “It was a great and edifying opportunity to be part of an Apostle’s visit to India,” she said.

It was the first time 23-year-old Meenakshi Muthu had ever met an Apostle. “I thought this would be a normal meeting,” she said. “But when I saw him, it was different.  I felt his love, not just for me but for everyone in the world. His actions show how much he loves us. In old age it’s hard to travel and he is going around the world. He is serving because he loves us.”

Ninety-year-old President Ballard, who lost his wife of 67 years last October, explained, “It’s possible for me to carry on this ministry with enthusiasm and with love because I know where Barbara is, I know she is alive and she is waiting in the great world of the spirits of the dead. I know that this period of time of mortality is such a small moment in the great eternal destiny of M. Russell Ballard, and I want to do all I can while I am here to share and help everyone else to know, to feel and to understand what I know, feel and understand is to be true.”

President Ballard counseled those present to “keep it simple.”

President Ballard’s Upon First Visit to India, “How Have I Missed Coming?”

“Do the simple things every day,” he said. “Don’t let it get complex. Just stay anchored to the pure, simple and beautiful doctrines of the restored Gospel of Jesus Christ. Keep things as simple as you can, keep building faith, building your spiritual self that is eternal.”

As he concluded his remarks, President Ballard looked out over the crowd and said, “I am so grateful that I had the opportunity to finally get to India to be here with you, to see your faces and feel your spirit.”

President Ballard’s trip to India concluded on Monday morning when he, along with Bishop Davies and Elder Gay, met with members of the India New Delhi Mission. The group traveled on to Hong Kong where they continued to meet with and strengthen Church members.

As President of the Quorum of the Twelve Apostles, President Ballard is one of the most senior leaders of The Church of Jesus Christ of Latter-day Saints. As with all apostles as in ancient times, his primary responsibility is to be a special witness of Jesus Christ to the world.

Just as their counterparts in ancient times were sent all over the world, the apostles today travel the world to strengthen and encourage members of the Church.

Church Shares Renovation Plans for the St. George Utah Temple
← Previous
Video of Missionaries Explaining Who They Are is Going Viral
Next →
Comments are closed.
1shares