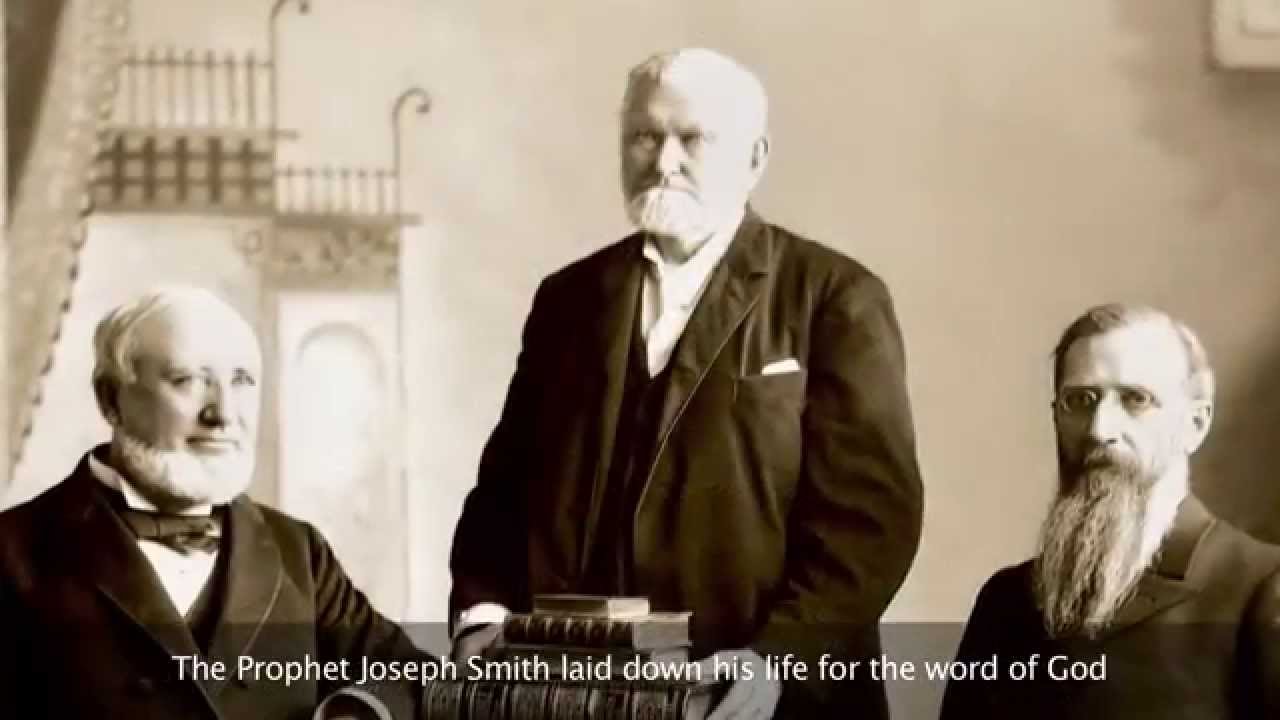 Have you ever wished you had the opportunity to hear Joseph Smith speak?

I have on, on many occasions.

Joseph Smith is one of my heroes. It was prophesied that his name should be had for “good and evil among all nations, kindreds, and tongues, or that it should be both good and evil spoken of among all people.”

As for me and my mouth, there will only proceed forth good.

I love that man, and I am overwhelmed with the sacrifice he endured to play the part he did in the restoration of the gospel of Jesus Christ.

And while I wasn’t able to hear him speak and wouldn’t recognize his voice, a pretty incredible witness of Joseph IS recorded – and we can hear his voice.

There is an audio recording of one of the early prophets bearing his testimony of Joseph Smith, and he was a living witness, one who spent many hours by his side.

Have You Ever Heard the Voice of Someone Who Knew Joseph Smith? Here’s Your Chance!

I stumbled upon this recording on YouTube and consider it to be one of the most fascinating things.

We have, here, an audio recording of Wilford Woodruff bearing his witness that Joseph Smith was a prophet of God.

He was recorded speaking into a “talking machine”, as President Woodruff referred to it, in his 91st year on March 19, 1897.

How incredible is it that we can hear the voice of one who knew the prophet Joseph Smith. This might be one of the most incredible pieces of recorded history that we have.

In his messages to the members of the Church, President Woodruff repeatedly testified of the Restoration of the gospel, just as he had done throughout his ministry. However, he bore testimony with increased urgency during those last nine years of his life. He was the last living man to have served as an Apostle with Joseph Smith, and he felt a pressing need to leave a clear and abiding testimony of the Prophet of the Restoration. About a year before he died, he said:

“There are many things I do not understand, and one is why I am here at my present age. I do not understand why I have been preserved as long as I have been when so many Apostles and Prophets have been called home. … I am the only man living in the flesh that received endowments under the hands of the Prophet Joseph Smith. I am the only man in the flesh that was with the Twelve Apostles when he turned over the kingdom of God to them and laid upon them the commandment to bear off this kingdom.

He stood for some three hours in a room delivering to us his last lecture. The room was filled as with consuming fire. His face was as clear as amber; his words were like vivid lightning to us. They penetrated every part of our bodies from the crown of our head to the soles of our feet. He said, ‘Brethren, the Lord Almighty has sealed upon my head every Priesthood, every key, every power, every principle that belongs to the last dispensation of the fulness of times, and to the building up of the kingdom of God. I have sealed upon your heads all those principles, Priesthood, apostleship, and keys of the kingdom of God, and now you have got to round up your shoulders and bear off this kingdom or you will be damned.’

I do not forget those words—I never shall while I live. That was the last speech he ever made in the flesh. Soon afterward he was martyred and called home to glory.”1

How grateful I am that the Lord preserved the prophet Wilford Woodruff until he was able to leave his witness to the world of Joseph Smith so it could be recorded for all to hear.

The Law of Consecration with Dr. Steven Harper | Latter-day Saint Perspectives Podcast
← Previous
Young Missionary Lets His Chalk Do the Talking
Next →

refreshed and it worked. Thanks