Did You Catch What President Nelson Said at the Rome Italy Temple Dedication? You Might Shout for Joy! 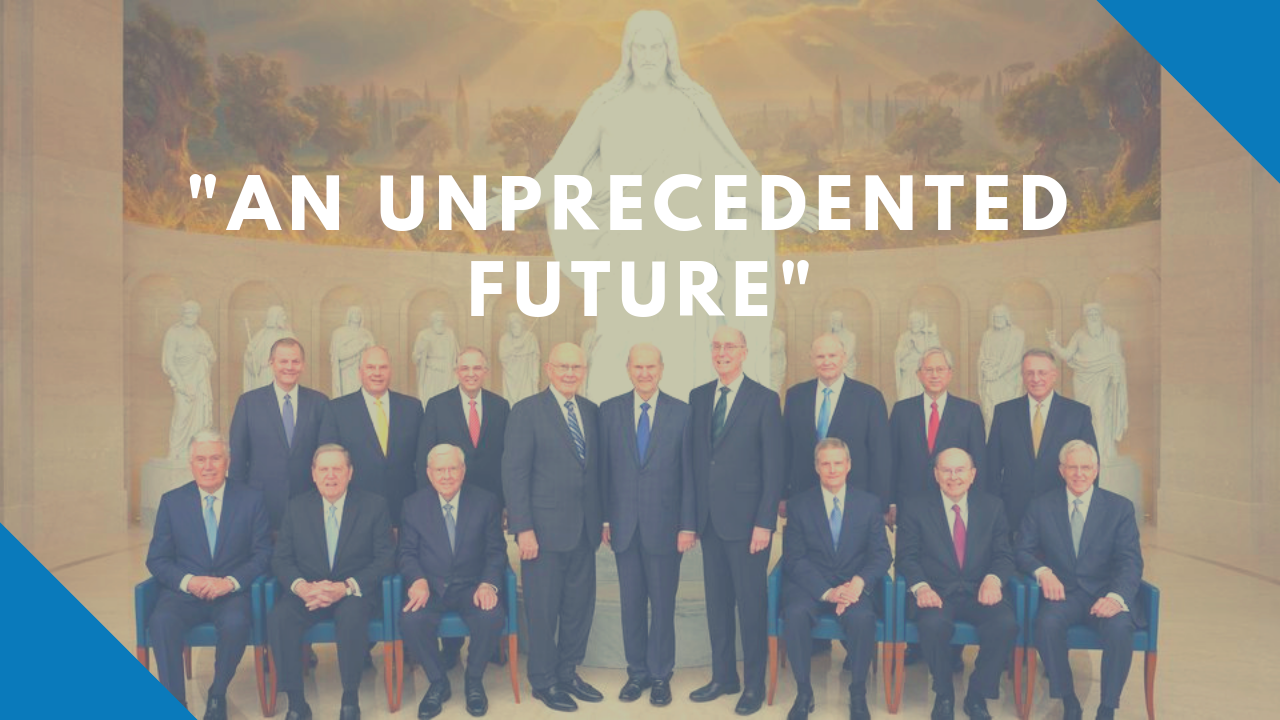 The excerpt below is from the Mormon Newsroom’s coverage of the Rome Italy Temple dedication. Some of the things that President Nelson said just make we want to show for joy!

The Lord stands at the head of The Church of Jesus Christ of Latter-day Saints. As modern-day Apostles of Jesus Christ, the message we share today is the same that Apostles shared long ago—that God lives and Jesus is the Christ. pic.twitter.com/1fTyrRDl3I

“In the midst of three days of dedicatory ceremonies for the Rome Italy Temple of The Church of Jesus Christ of Latter-day Saints, all members of the First Presidency and Quorum of the Twelve Apostles (15 in all) gathered Monday for a historic group photo. It is believed to be the first time in Church history that all 15 leaders have gathered in one location outside the United States — and the first group photo taken in two decades.

Elder Neil L. Andersen spoke of President Nelson. “There could not be a more gracious, kind, thoughtful man. What a beautiful time in the history of the Church to have a man who is 94 years old, skilled in the intellect and given such beautiful spiritual gifts — almost as if he has one foot in another world and one foot in this world.”

Following the fourth dedicatory service, President Nelson and President Ballard met with members of the Church media. When asked about the opportunity to have the full First Presidency and Quorum of the Twelve Apostles present for the temple dedication, President Nelson said, “I think the Lord is pleased. He wanted it done that way. It will be a blessing for the people all over the world. Because these apostles now will go all over the world and recount the experiences that they have felt here as this holy house was dedicated.”

President Nelson added, “This is a hinge point in the history of the Church. Things are going to move forward at an accelerated pace of which this is a part. We think the Church is an old Church. It’s 189 years old. But it’s only the beginning. Just project out what the next future will be and the Church is going to have an unprecedented future. Unparalleled. We’re just building up to what’s ahead now.”

Do you feel that? How incredible is this man! We are so blessed to have a prophet of God among us. When you think about it, a Church is relatively young compared to others and so much has happened in that time frame. But it is only the beginning!

As President Nelson said recently in a visit to South America:

“We’re witnesses to a process of restoration,” said the prophet. “If you think the Church has been fully restored, you’re just seeing the beginning. There is much more to come. … Wait till next year. And then the next year. Eat your vitamin pills. Get your rest. It’s going to be exciting.”

One of the most thrilling parts of the Rome Italy Temple dedication was seeing how it impacted the Saints of Italy who now have a temple in their homeland.

President Nelson reminisced on seeing longtime friends while visiting Rome. “Think the tears of joy when you hold people in your arms that you’ve known for 30 years and seeing about once every decade at most. Those are the things we take home with us. These precious, precious people.”

Reflecting on being seated in the front, facing the congregation, in the various dedicatory sessions and observing the Latter-day Saints in the celestial room, President Ballard said, “We see the tears. We see the emotion. We see what this means to them. We have the advantage of seeing them while they’re enjoying the experience in the dedication. It’s terrific. It’s been wonderful.”

This is a hinge point in the history of the Church. Things are going to move forward at an accelerated pace of which this is a part.

“I love these brethren with whom I serve,” said Elder David A. Bednar. “We are together each week in the Salt Lake Temple, on many other occasions, but today, to be in Rome, to be here for this, and to be all together is a once-in-a-lifetime experience I will always remember.”

Five dedicatory sessions have been held, with the final two sessions scheduled for Tuesday, March 12, 2019.

We are blessed to have a prophet of God who is able to be among the people and shared his witness of the kingdom of God that is rolling forth. What an absolutely thrilling time to be alive. How lucky are we to be a part of all of this!

Two Apostles Lead a Virtual Tour of the Rome Italy Temple
← Previous
The General Conference Rumor Mill Points to a Great Hastening of Temple Building
Next →
Comments are closed.
9 shares