DNA Evidence Does Not Disprove The Book of Mormon 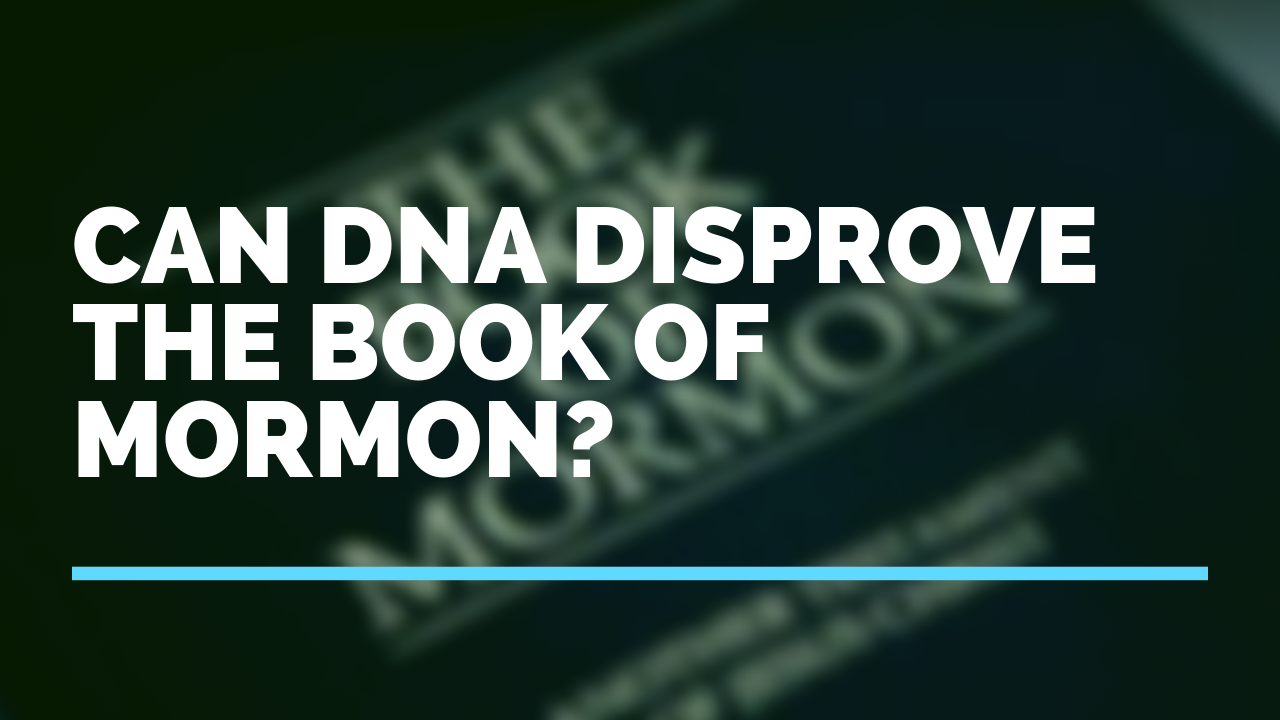 A 2015 study from two DNA anthropologists shows that DNA evidence cannot disprove the Book of Mormon.

When DNA testing became widely available, scientists originally found that DNA from Native Americans throughout North and South America belonged to 4 groups (haplogroups, A, B, C, and D). All of these groups originated in Asia. This led researchers to discount any evidence from the Book of Mormon that some indigenous populations in the Americas came from the Middle East. According to early research, all Native American populations originated from Asia, crossing the Bering Strait – the “Beringian only” theory.

In 2003, new DNA evidence became available which conflicted with those preliminary DNA tests and migration theories. A new group of DNA was discovered amongst Algonquin groups of Native American, who primarily resided in the Great Lakes and Northeastern U.S. and Southeastern Canada. This group of DNA was also found in the Middle Eastern Israeli Druze community and amongst Ashkenazi Jews. This new group of DNA was called subgroup X. 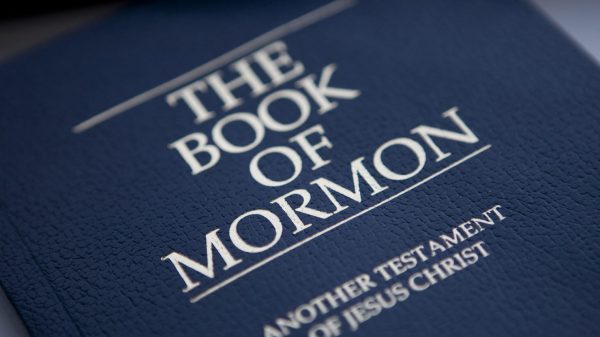 DNA testing has progressively got better and DNA researchers now call this specific subgrouping of DNA as subgroup X2a.

DNA Research Does Not Disprove The Book of Mormon #BookOfMormon

So, while there aren’t any clear DNA links between the X2a group and Asian ancestry, there is a distant link to Middle Eastern ancestry.

The researchers say that they cannot find the intermediate lineages linking the Middle Eastern grandparent ancestry of X DNA with the X2a DNA. They speculate that these linkages have been lost in contemporary populations, or simply haven’t been found yet. 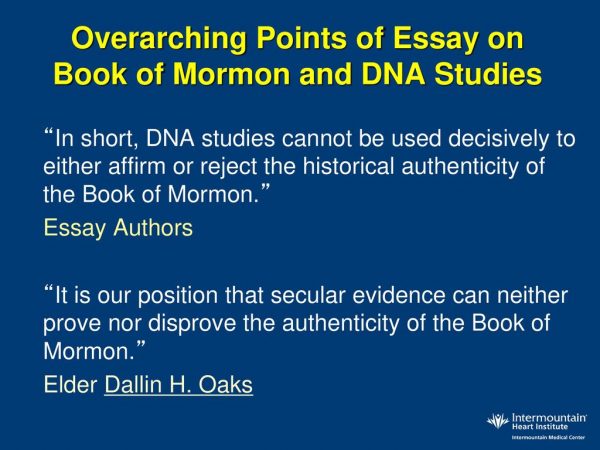 One theory about why those linkages may have been lost is because most of the “pure” Nephites who hadn’t intermarried with indigenous Lamanite populations were killed off around 400 A.D.

“It is, of course, possible that genetic evidence of an ancient trans-Atlantic migration event simply has not been found yet. Should credible evidence of direct gene flow from an ancient Solutrean (or Middle Eastern) population be found within ancient Native American genomes, it would require the field to reassess the “Beringian only” model of prehistoric Native American migration.”

While faith-affirming, scientific research will never be able to prove or disprove the authenticity of the Book of Mormon. Ezra Taft Benson said:

We are not required to prove that the Book of Mormon is true or is an authentic record through external evidences—though there are many. It never has been the case, nor is it so now, that the studies of the learned will prove the Book of Mormon true or false.

In an article recorded in the 1995 Ensign, Elder Ted E. Brewerton wrote:

The Book of Mormon is a sacred, ancient American document recorded by writers as the events unfolded, starting more than two thousand years ago.

The Book of Mormon is a record of families that the Lord led to the Americas for specific purposes. Three groups left the land of Jerusalem and crossed the oceans, beginning several centuries before the birth of our Savior, and arrived in the promised land, the Americas.

Ancient American texts written by native Americans support this origin. For example, a translator of the Title of the Lords of Totonicapán, the original text of which was recorded in 1554 in the language of the Quiché of Guatemala from legends centuries old, states:

“The three great Quiché nations … are descendants of the Ten Tribes of the Kingdom of Israel, whom Shalmaneser reduced to perpetual captivity and who, finding themselves on the border of Assyria, resolved to emigrate. … 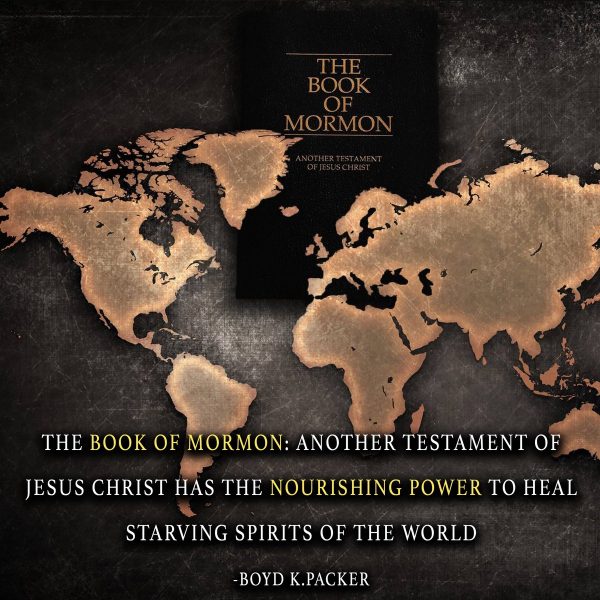 “These, then, were the three nations of Quichés, and they came from where the sun rises, descendants of Israel, of the same language and same customs. … They were sons of Abraham and Jacob. …

“Now on the twenty-eighth of September of 1554 we sign this attestation in which we have written that which by tradition our ancestors told us, who came from the other part of the sea, from Civán-Tulán, bordering on Babylonia” (Title of the Lords of Totonicapán, trans. Dionisio José Chonay and Delia Goetz, Norman, Oklahoma: University of Oklahoma Press, 1953, pp. 167, 170, 194).

Elder Mark E. Petersen, a member of the Council of the Twelve Apostles, wrote: “As the ancient Israelites suffered a dispersion which sprinkled them among all the nations, so the descendants of Laman and Lemuel [sons of Lehi] were sifted over the vast areas of the western hemisphere. They are found from pole to pole” (Children of Promise, Salt Lake City: Bookcraft, 1981, p. 31; emphasis added).

Many migratory groups came to the Americas, but none was as important as the three mentioned in the Book of Mormon. The blood of these people flows in the veins of the Blackfoot and the Blood Indians of Alberta, Canada; in the Navajo and the Apache of the American Southwest; the Inca of western South America; the Aztec of Mexico; the Maya of Guatemala; and in other Native American groups in the Western Hemisphere and the Pacific islands.

The referenced study is entitled, ”Does Mitochondrial Haplogroup X Indicate Ancient Trans-Atlantic Migration to the Americas? A Critical Re-Evaluation”