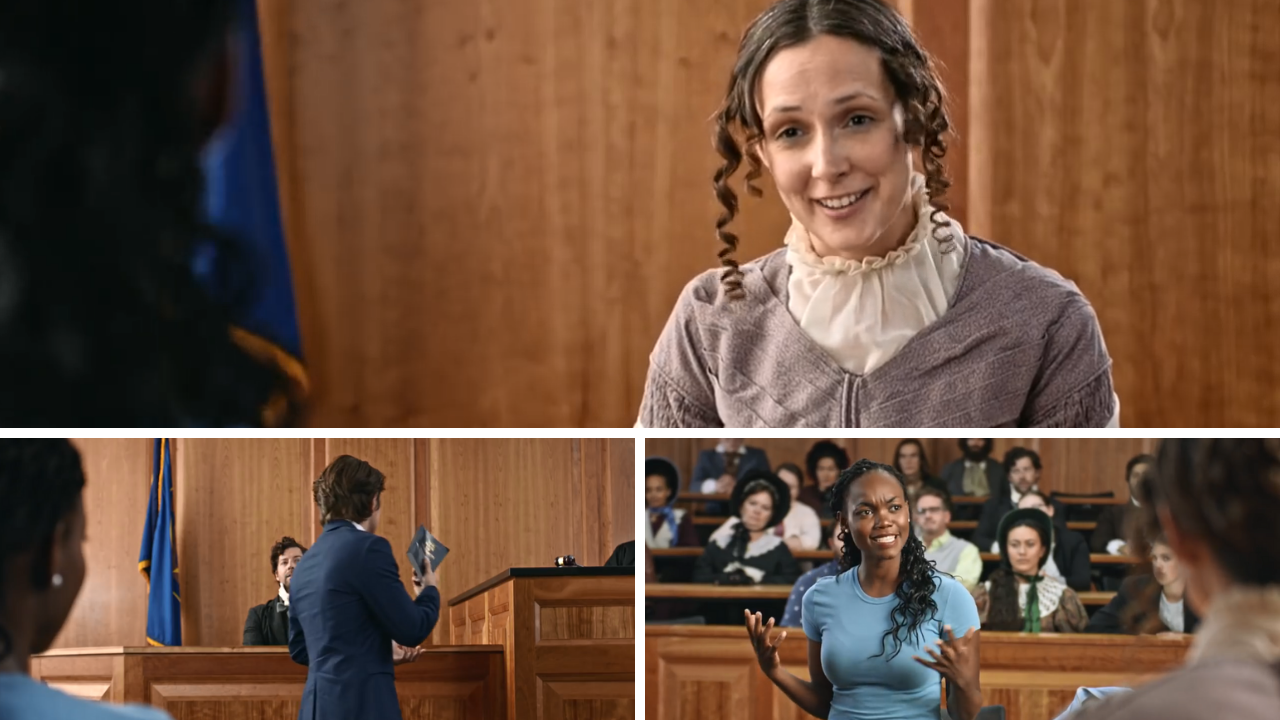 The Church of Jesus Christ of Latter-day Saints released a video on YouTube entitled, “Compelling Witness”, which attempts to bring to light some of the facts related to the translation of the Book of Mormon.

The setting is in a cafeteria and a courtroom, and the Church knocked it out of the park with this entertaining, educational, and poignant video.

There are a few cameo appearances in the video that are quite a treat.

A student is confronted when a Book of Mormon drops out of her backpack, and the next thing she knows she is in a courtroom, and she is the defense attorney called upon to defend the Book of Mormon and Joseph Smith.

Check out this awesome video below! (And feel free to leave a positive comment on the YouTube video because those that oppose Joseph Smith are barraging it with negative comments)

Reaction to the video has been very positive:

“We can get caught up in facts or discrepancies of history, but what is absolute truth is that the Book of Mormon testifies of Jesus Christ who’s real, and lives, and His Gospel is in this book. The Holy Ghost will testify of the truth but only if you’re willing to trust that He will. Have an open heart and mind.” 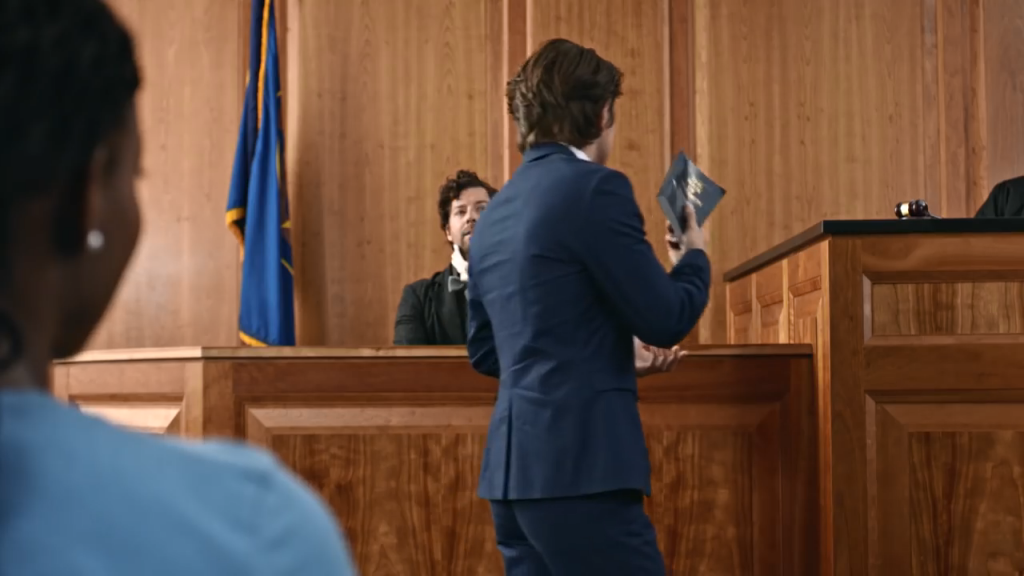 The description of the video gives some of the details of the translation making it easy to see that the work Joseph Smith did was truly a miracle.

With a single draft completed in 65 days, an unschooled man of 23 produced a book of over 500 pages, with hundreds of unique names and complex storylines.

You can find the proof through a real desire to know and a sincere, persistent effort of asking God and listening for a reply. Then the answer comes, to the heart and mind of each individual who truly wants to know, with the testimony of the Holy Ghost as the most compelling witness of all. It’s not fiction. It’s a miracle.

After you check out the video, share it with someone who you think will benefit from watching it. I was very impressed, it was so well done.

As I watched, I was reminded of a quote by Jeffrey R. Holland in his General Conference Talk Safety for the Soul. As he spoke on the topic of the Book of Mormon, he said:

Failed theories about its origins have been born and parroted and have died—from Ethan Smith to Solomon Spaulding to deranged paranoid to cunning genius. None of these frankly pathetic answers for this book has ever withstood examination because there is no other answer than the one Joseph gave as its young unlearned translator.

In this I stand with my own great-grandfather, who said simply enough, “No wicked man could write such a book as this; and no good man would write it, unless it were true and he were commanded of God to do so.”1

Latter-day Saint Teen with Autism Needs Your Help to Win Peanut Butter For Life
← Previous
Think the Church Has Been Fully Restored? President Nelson's Response: "Wait Till Next Year!"
Next →

Thank you, for the video. I have been a member of the Church of Jesus Christ of Latter Day Saints for 48 years. My husband and I joined on July 29th 1972, when I was 22 and He was 23. The Book of Mormon has been a treasure this whole time. I have read it more times than I can count and each time it has strengthened me for the challenges of life. I also love the Bible. The book of Mormon validates and clarifies the teachings of Jesus Christ and is another witness of His divinity and His gift of salvation. I have no regrets for the choice we made, as young adults. It has been a blessing.

I was raised by a father who was a health physicist (with a photographic memory!) I believed in the evolution of mankind as taught in U.S. schools. That creation must be explained by a big bang. Are you seeking for further light & knowledge than what the world has given you so far? Does your heart yearn for a stable influence beyond what is possible in this life full of drama? Do you deny the need for God's power in the world? The Book of Mormon & the bible have the answers. Together they explain what your heart & mind have been trying to tell you--that there's no coincidences, but the Holy Ghost is encouraging us to seek truth each & every day--for ourselves. That man's knowledge is built on assumptions made & accepted by other men. So young boys like Joseph, Nephi, Samuel, Daniel & David can bear witness of God the Father & His truth can withstand the full onslaught of human malice over time. My life of 69 yrs has been no picnic, but the gospel of Jesus Christ has lifted me up many times, saved my life, prepared me for the next door to open. You would do a most unselfish act for your family by reading the Book of Mormon & embracing the scriptures soon-- to begin a better way of thinking. Teach your children. Treat each person in your life with the love of the Savior --before they are gone.

I didn't even get through 2nd Nephi before I new that the Book of Mormon was true. It is the most marvelous book ever written. I'm glad to be a member of the Church of Jesus Christ of Latter Day Saints.

Excuse me, but the identity and qualifications of an "expert witness" are always relevant.

If you know some of the practices of the ancient world there are physical evidences. Yet the final convincing testimony is, and must be, that of the Holy Spirit. Read and ask God. But "ask in faith, nothing wavering" with the commitment to change your life according to the answer. God will not give you knowledge that you will be condemned for not living.