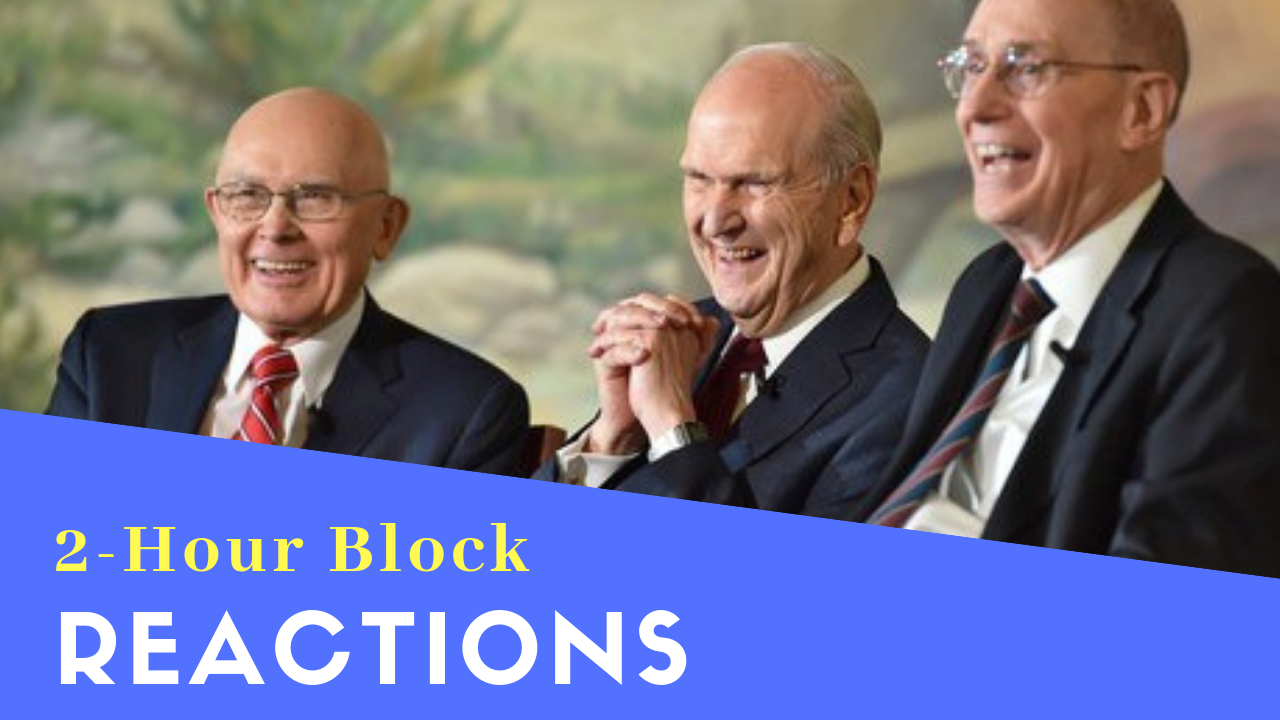 “It is time for a home-centered church,” says President Nelson.

The Church block will now be two hours.

After the announcement, social media went crazy and here are some of the best reactions.

"President Nelson [has] announced an adjustment to achieve 'a new balance between gospel instruction in the home and in the Church.'" @CookQuentinL #GeneralConference pic.twitter.com/vpHmCAWaVd

— The Church of Jesus Christ of Latter-day Saints (@LDSchurch) October 6, 2018

Me Talking to My Future Grandkids: "We used to go to Church for 3 hours."
My Grandkids: #GeneralConference pic.twitter.com/dnq3vYeZoP

Back in my day I used to go to church for 3 hours… both ways! … in the snow! #GeneralConference

IT WAS ALL TRUE. 2 Hour Church is official. #generalconference #ldsconf pic.twitter.com/mHrVU62ULh

All in favor of the 2 hour block, please RT with your uplifted hand.#GeneralConference

2 hour church! I’m pretty sure I heard a collective sigh of relief from Nursery workers around the globe 😆 #LDSconf #generalconference #2hourchurch

Literally every member of the church right now #generalconference pic.twitter.com/tvprNIdL1b

Breaking News: If You're a Ward Mission Leader, Your Calling Could Be Dissolved
← Previous
President Nelson Issues Prophetic Plea to the Women of the Church
Next →

I think this is wonderful. We will have that extra hour at home with the family. God bless. Camacho

So this is how I understand it:

2 hours in the homes of other members and 1 in church!?

But that what about Primary, Youth, Relief Society & Priesthood!?

I do not think I am eveb cimprehending this correctly!!??

No, church on Sunday is 2 hours. No other specific times mentioned.

This dramatic shift will cause greater happiness than ever before