The world-renowned Mormon Tabernacle Choir is changing its name to “The Tabernacle Choir at Temple Square.” The name modification follows an August 2018 statement by President Russell M. Nelson requesting the use of the full name of The Church of Jesus Christ of Latter-day Saints, the choir’s sponsoring organization.

“A new name for the Tabernacle Choir will represent a change after so many years,” said Ron Jarrett, president of the choir. “The name may change, but everything that people know and love about the choir will not only be the same but will get better and better.”

Jarrett said, “We have always been a forward-looking people, and we are focused on what is not changing: the world-class musicianship, the inspiring arrangements and programming, and our weekly ‘Music and the Spoken Word’ broadcast, continuing a tradition begun 90 years ago.”

The Tabernacle Choir’s new name preserves the heritage of its home in the historic Tabernacle at Temple Square in Salt Lake City. Since 1867, choir members have sung in the Tabernacle, a building known for its one-of-a-kind signature sound. 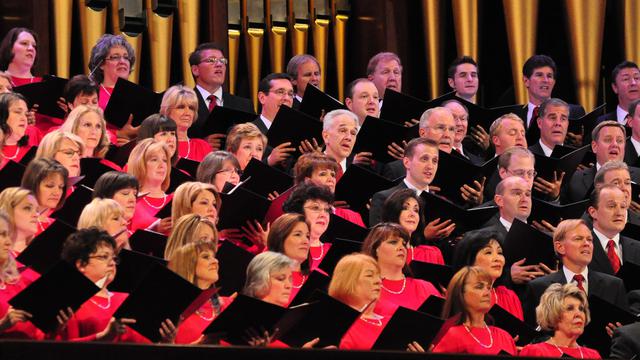 The historic Tabernacle was built during a time with no amplifiers or electronics and was designed so all attendees could hear the speaker’s voice from any seat in the hall. In fact, the Tabernacle building is still used as a recording studio for the choir today.

Launched in 1929, the landmark “Music and the Spoken Word” program is now in its 90th year of weekly broadcasts, making it the longest-running continuous network broadcast in history. The nondenominational program features musical selections by the choir and Orchestra at Temple Square, accompanied by the Tabernacle organ, with a short inspirational message. 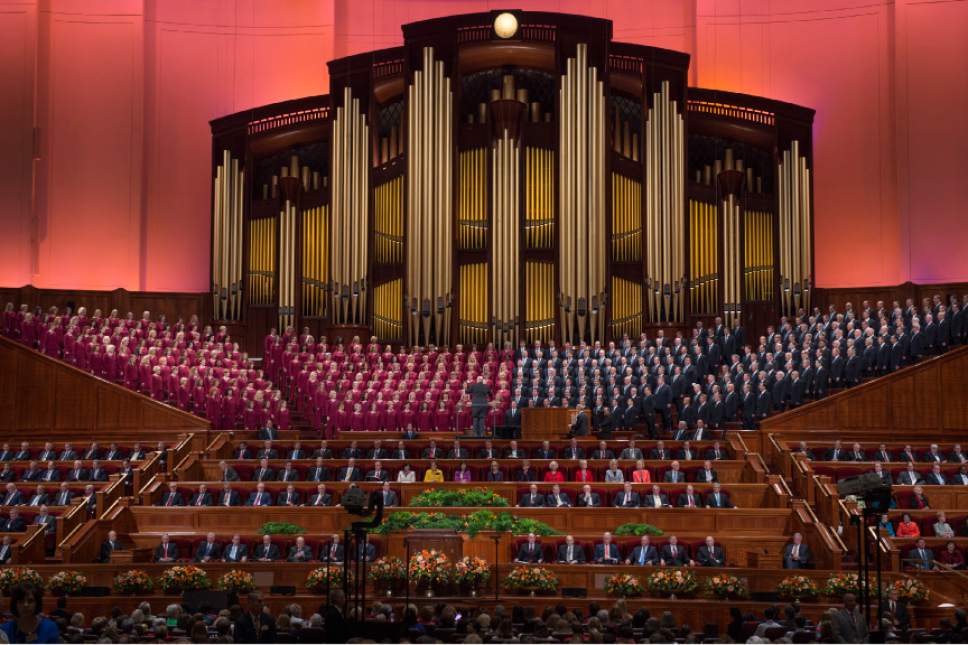 Music director Mack Wilberg said the program’s audience continues to grow: “Among the many reasons ‘Music and the Spoken Word’ continues to be relevant worldwide is it conveys hope, joy, and comfort through inspirational music and messages. [In] each broadcast, the choir and orchestra stand on the shoulders of the many who came before them to bring audiences the highest quality of music and inspiration.”

The first airing of “Music and the Spoken Word” on July 15, 1929, was makeshift at best. That summer day, a local radio crew ran a wire from its control room to an amplifier in the Tabernacle nearly a block away. The technicians put the station’s sole microphone on a ladder not only to capture the music of the choir, but also so an announcer could introduce each number. Nineteen-year-old Ted Kimball — son of the Tabernacle organist and the designated announcer — perched on the ladder for the duration of the program so those listening could hear his words.

Today the choir’s weekly broadcast is carried on radio, television and cable networks across the United States and around the world. The choir’s music is also available live on its YouTube channel.

You've Heard the General Conference Rumors, But Have You Seen the Memes?
← Previous
Breaking News: If You're a Ward Mission Leader, Your Calling Could Be Dissolved
Next →
Click here to cancel reply.
0 shares