There’s something electric in the air, and big changes are coming in October’s General Conference. Some are projecting a snowstorm.

The kingdom of God is rolling forth, and the work is accelerating at an exponential rate. However, there is nothing to stress about. This is something to be grateful for. The Lord is pouring out His Spirit upon the nations and people are being prepared on both sides of the veil to accept the gospel of Jesus Christ and receive the blessings of the holy temple.

The Lord is guiding His prophet, President Russell M. Nelson. Thanks to a wonderful witness from his wife, Sister Wendy Nelson, we learned the process of how the Lord gave President Nelson “detailed instructions” on what to do in his ministry as prophet. 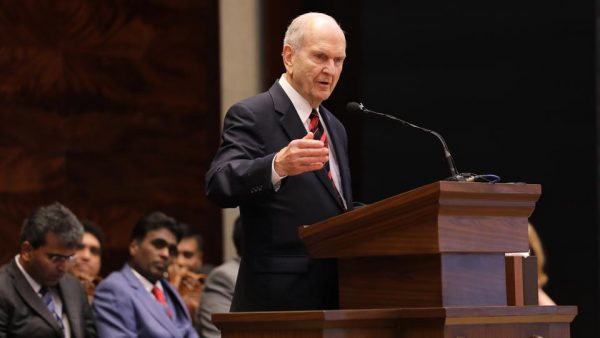 We have already learned much of the Lord’s direction in April, and we will continue to learn more of what those instructions are during October’s General Conference.

What messages will be given? What changes will be made? What will be the revelation we receive personally?

This article won’t focus on the sensational and extravagant rumors, (and there are plenty of those) but it will bring to light some possible changes that align with the mission of the church and the doctrines that are discussed frequently by the brethren.

What will October’s General Conference bring?

A Focus on the Temple

In January of 2018, President Nelson gathered with the Quorum of the Twelve Apostles in the Salt Lake Temple annex where Elder Christofferson introduced Russell M. Nelson as the 17th President of the Church of Jesus Christ of Latter-day Saints.

The new First Presidency wanted “to begin with the end in mind,” President Nelson said, and added it was for that reason they were speaking from a temple.

“The end for which each of us strives is to be endowed with a power in a house of the Lord, sealed as families—faithful to the covenants made in a temple that qualify us for the greatest gift of God, that of eternal life.”¹

Speaking to saints in Southern India as part of his Global Ministry Tour, President Nelson said that the Lord revealed His will that those in India would receive a house of the Lord. 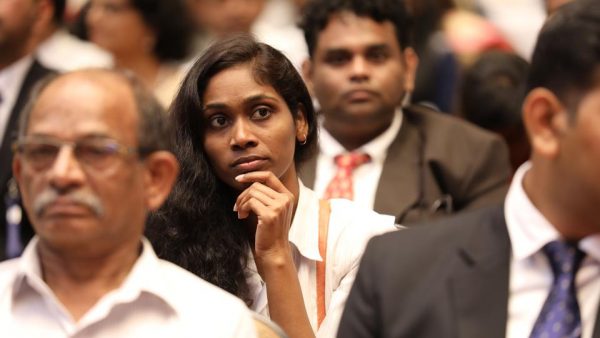 “Our plans were to announce six new temples at conference time,” said President Nelson. “The Lord told me on the eve of conference: ‘Announce a temple in India.’… That was the Lord’s doing.”²

The Lord’s doing will be manifest again during this October Conference, especially as it relates to temples. Temples, temple work, and preparing to enter the temple will continue to be emphasized.

It appears there could also be a great emphasis on temple building. In a recent meeting, someone reports hearing the Conference plug, “…if you love temple building, you are not going to want to miss conference”.

If you love temple building, you are not going to want to miss conference!

The Name of Christ’s Church

Another theme that will be addressed at Conference is the name of Christ and its usage in relation to the name of the Church.

President Ezra Taft Benson said: “The record of the Nephite history just prior to the Savior’s visit reveals many parallels to our own day as we anticipate the Savior’s second coming.” In 3rd Nephi it says,

“And Jesus again showed himself unto them, for they were praying unto the Father in his name; and Jesus came and stood in the midst of them, and said unto them: What will ye that I shall give unto you?

And they said unto him: Lord, we will that thou wouldst tell us the name whereby we shall call this church; for there are disputations among the people concerning this matter”.

Does this sound familiar to anyone?

President Russell M. Nelson recently made the following statement regarding the name of the Church:

“The Lord has impressed upon my mind the importance of the name He has revealed for His Church, even The Church of Jesus Christ of Latter-day Saints. We have work before us to bring ourselves in harmony with His will. In recent weeks, various Church leaders and departments have initiated the necessary steps to do so. Additional information about this important matter will be made available in the coming months.”

There has been a lot of backlash, confusion, and concern over this statement, even among members of the Church. Disputations abound.

“We know that it’s going to be a challenge to undo tradition of more than a hundred years,” President Nelson said. “The Lord has told us what His Church shall be called. So, we’re not changing names, we’re correcting a name.”

He has also stated, “…many say that this can’t be done, but it will be done.”

Here is a different perspective on why the focus on the name of the Church is being emphasized – when the Savior is given the Church to lead at His second coming, the prophet doesn’t want to hand Him over Mormon’s church, he wants to give Him His church.

Teaching the Gospel in the Home

Perhaps the topic that has generated the most rumors is the brethren’s emphasis on teaching in the home.

The home is where the gospel should be taught. The home is not the backup plan if the Church is not able to teach everyone all the things they should know – the home IS the plan.

“Early in July, the Church announced that a series of resources—Come, Follow Me for home, Sunday School, and Primary—will be available for classes beginning in January 2019.

Rather than just focusing on lessons to be taught in church, the new curriculum shifts the emphasis to studying as individuals and families at home.

“Programs of the Church are home-centered and Church sponsored,” said Mike Magelby, director of curriculum for the Church, during the Education Week presentation. “Your study starts at home.”³ 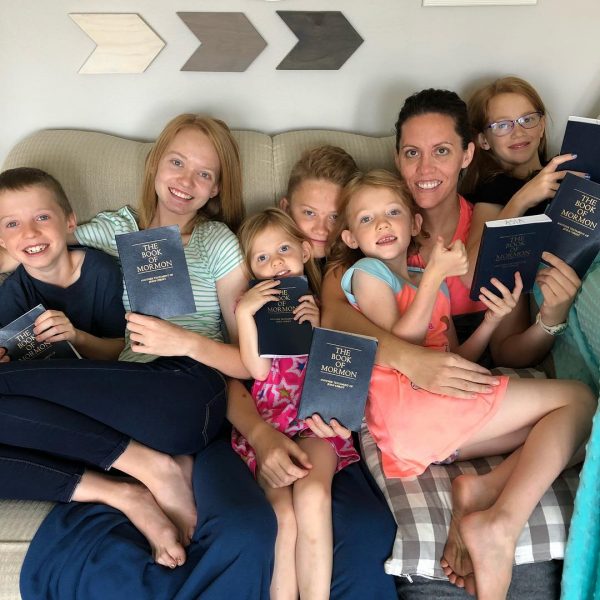 Some have heard the phrase, “more teaching at home, less at church.” Does that necessarily equate to less time at church? We don’t know. I love what one of our readers, Angie, had to say about all of these changes that have happened and more that are forecasted:

“For me, the number one reason for these changes is to see what we will do with more personal responsibility. Will we turn to the Spirit and Jesus for a more personal tutoring of the doctrines? I know I need to step it up to keep up with President Nelson. So far the changes are not difficult to accept, but if you look again, deeper, how has your ministering improved? How has your study of Christ increased? Are you receiving revelation for your own life?

For me, the number one reason for these changes is to see what we will do with more personal responsibility.”

President Oaks recently said, “We have spent many hours talking about how we can simplify our Church programs to perform their essential function for a wide variety of family circumstances,” said President Oaks. “Now, I am pleased to tell you that some help is on the way and more is under discussion.” 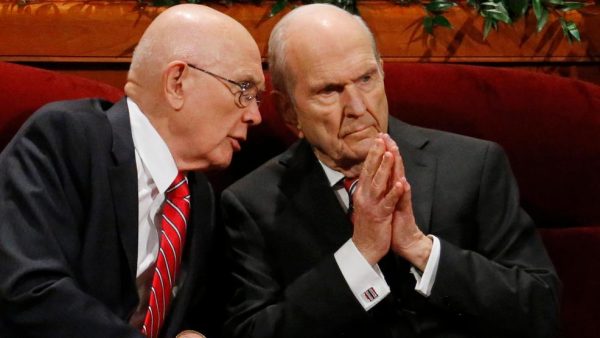 Some claim that this conference the change to a 2-hour block is happening. However, people have been saying this for a long time, and nothing has ever changed. The force is strong with this rumor though. Many are excited at the prospect, while others have their reservations.

One additional rumor is that the Family Home Evening program as we know it will be revamped to allow more flexibility for families with varying needs. Instead of the church designating Monday as the official day for FHE, it will be determined based on the needs of the family. If this happens, would temples still be closed on Mondays? 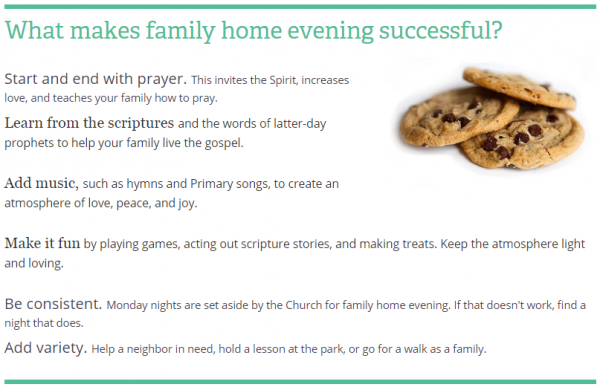 Shouldn’t We All Want More Church?

Going back to the rumor of the 2-hour church block, one reader named Chelsea asked, “If the church is true and we love the gospel, why is 2 hours better than 3?”

In my mind, this is a valid question and one that we should probably ask ourselves. It boils down to the reason why we would like an extra hour available to us on Sunday.

Another reader, Chris,  gave a wonderful reply to Chelsea:

“@Chelsea “If the church is true and we love the gospel, why is 2 hours better than 3?” Here are just a few reasons:

There are other reasons, but you probably get the point. The Church is becoming less of a checklist and more of personal responsibility. If this light, reducing the block to 2 hours could certainly help us in our personal spiritual growth, family togetherness, and in our ministering efforts.”

The gathering of Israel on both sides of the veil necessitates the preaching of the gospel to the living, and this is one of the hallmarks of President Nelson’s message. It’s also a theme that will be addressed at Conference with a plea for more missionaries, both young and old, to serve.  With President Nelson’s specific challenge for the youth to enlist in the youth battalion of the Lord, we will surely be hearing more about missionary work.

“There is nothing happening on this earth right now that is more important than that. There is nothing of greater consequence. Absolutely nothing. This gathering should mean everything to you. This is the mission for which you were sent to earth,” said President Nelson in June’s devotional for youth.

Here are a few missionary related rumors that are being mentioned:

On a more intriguing note, there are rumblings that certain prospective missionaries have started receiving mission calls that state they will find out at General Conference where they are to serve, as seen below on social media.

My friends roommate, her brother got mission call letter and it said the same thing about Conference!

I understand these are hearsay, but they are still intriguing.

Before you go, I thought I would leave you with a few more possible changes that “EnterpriseCaptain” shared on one social media site.

If after reading through this article you aren’t a believer that big changes are on the way, you might want to read our article that went viral about October’s General Conference changes being compared to a snowstorm, while April’s were a snowflake. 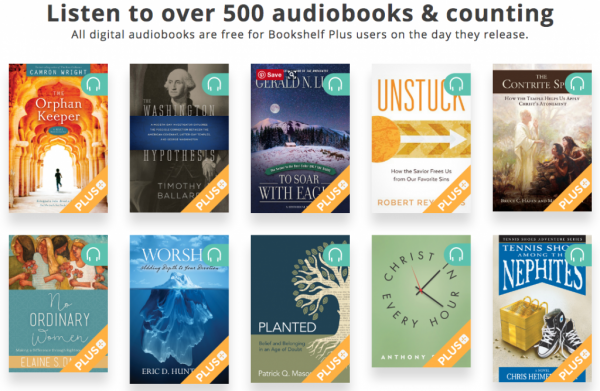 At the same time, while speculating on General Conference rumors is fun, don’t let it take away from the spiritual preparation necessary to truly get the most out of General Conference and have it be a feast. Let me suggest a few things you can do to prepare yourself for Conference.

I share my witness that we are led by prophets and apostles who are special witnesses of Jesus Christ. We will receive guidance from these chosen leaders that can keep us on a path of safety and peace. Perhaps the most powerful and impactful influence General Conference will have on our lives comes as we study the talks in the Ensign and seek for the Spirit to help us. May we have the spiritual guidance to be led to those principles that will bring our families the blessings we need. May we happily and willingly choose to follow them.

2- In India, the story of the India LDS temple announcement is revealed

3- A Sneak Peek at the New Church Curriculum 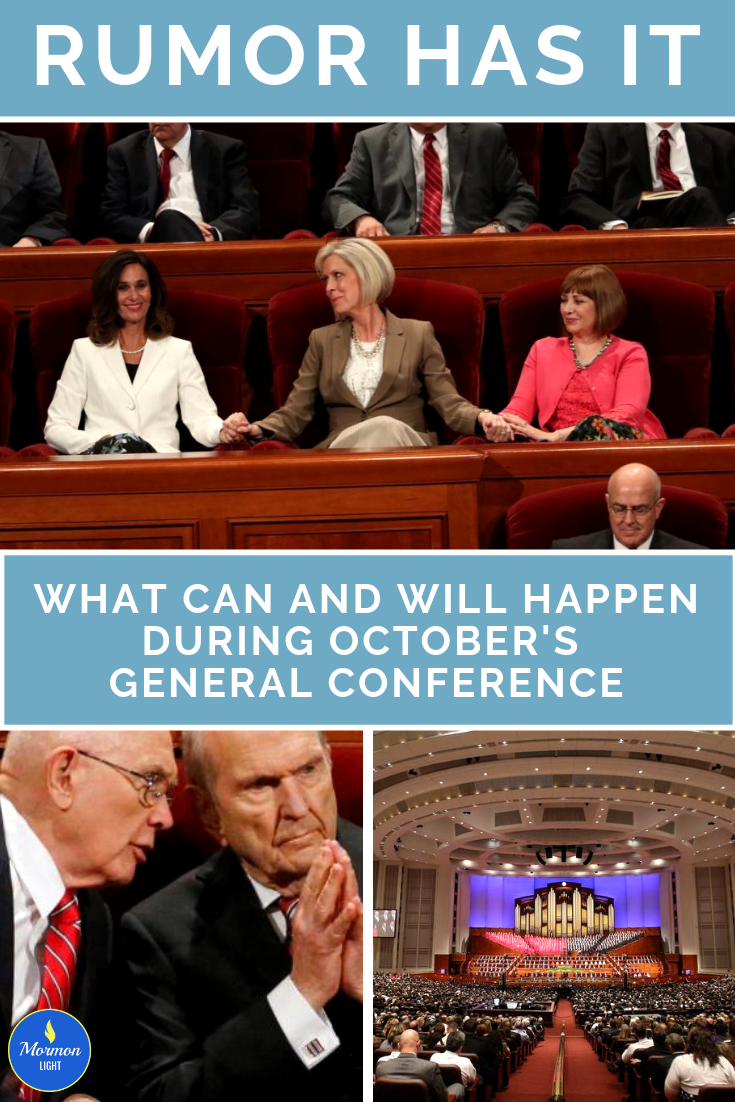 Written By
Ben Arkell
More from Ben Arkell
BYU Noteworthy released a cover of the single “I Can Only Imagine”...
Read More

I can feel it. Can you? There’s something electric in the air, and big changes are coming in October’s General Conference. Some are projecting a..." />