This article is being shared with permission from Ben Schilaty, who is a professor at Brigham Young University where he teaches Spanish. He is gay, a faithful Latter-day Saint, and writes a blog about his experiences at benschilaty.blogspot.com.

A good friend of mine at BYU recently asked me what I wished church leaders understood about being gay. Here are my wishes.

I wish that we LGBT Latter-day Saints had a place to find each other.

We need each other. With the help of my stake president in Tucson I started a support group for gay Mormons modeled after the Genesis Group. The Genesis Group is a monthly meeting for Black members of the church that three apostles helped found in the 70s. It was designed to be a place for them to build their faith in Christ together and create a community of saints with similar life experiences.

Starting that support group in Tucson was a life-changing experience for me, and it was healing to my soul to spend time with other same-sex attracted Mormons as we built our faith in Christ together and shared common experiences.

I have heard too many stories of gay Mormons feeling so isolated and alone that they get on a dating app or on Craigslist just to find someone like them that they can talk to. No one should feel that they need to put themselves in those dangerous situations when there are plenty of super rad LGBT members for them to connect with if they only knew how to find them.

I wish more Latter-day Saints could see the hearts of their LGBT brothers and sisters instead of condemning them.

My experiences with being open about my sexuality have been overwhelmingly positive. However, there was that active woman who emphatically accused me of being addicted to pornography because that was the only way someone would develop such deviant thoughts as same-sex attractions. There was the bishop’s wife who compared me to a pedophile multiple times.

The church has some amazing resources, but not nearly enough people know about them. It’s easier for them to cling to things that were written in The Miracle of Forgiveness than to open their minds to the further light and knowledge that has been received and will continue to be received. I don’t know what the church should do. It’s not my job to make those decisions. But in my experience, what we’re currently doing isn’t working.

I wish I could label myself as I please.

I’m no longer trying to change something about myself that I can’t change, but I’m acknowledging the unique circumstances of my life and choosing to live in them. My beliefs and commitment to the restored gospel have not changed since I started labeling myself as gay. I live church standards as much as I always have. But what has changed is that I don’t hate myself anymore (I wrote more about this in a previous post).

I wish church leaders would honor our agency and grant us the freedom to choose how to define ourselves.

I wish that people would stop comparing single gay members to older single women. The first reason is that our situations are so different. My sister is 36 and single and we’ve talked about this a bunch. She gets to date, and flirt, and pray every night that she’ll find a man who will take her to the temple. But my biggest fear is that I’ll fall in love with a man. It’s much easier to be an active gay Mormon when I have no dating prospects.

The second reason this comparison is unfair is that many of the single women are not doing well. I have many older single friends and I have sat with them as they have cried because they feel no one wants them. I know that many of my single female friends are doing quite well and thriving, but their singleness has brought much sorrow throughout their lives.

A few weeks ago I got a call from a single friend in her mid-30s who lives in a different state. When I asked how she was doing she burst into tears and said, “How do you do it? How are you happy single? I’m so lonely.” So being told, “Older single women are happy so you should just be happy single,” is dismissive, invalidating, and not entirely true.

Choosing to identify as gay has been wonderful and freeing.

I wish that people wouldn’t try to comfort me by pointing to the next life.

I have been told many times that my feelings of same-sex attraction are just an affliction of this life that I won’t experience in the next life. I can see how some people might think this belief is helpful, but to me, it wasn’t. I hated my same-sex attractions so much that I yearned to be dead. Death felt like the answer to my problems.

During this time, I would have welcomed being diagnosed with cancer because it would have meant the end of my suffering. I would have rather been dead and straight than alive and gay. I have seen how teaching people that they won’t experience same-sex attractions in the next life can lead to thoughts of suicide.

I wish I could be open about who I am.

I have been counseled from time to time to not talk about being gay. Someone in my Elders Quorum just a few weeks ago said that people shouldn’t be open about their sexual orientation because it normalizes it and could lead to experimentation. When we got baptized we covenanted to bear each other’s burdens, comfort one another, and mourn together.

How can my brothers and sisters bear my burdens, comfort me, and mourn with me if they don’t know what’s going on in my life? Those people who tell me not to talk about my sexuality are acting from a place of fear. For me, being open about who I am in appropriate ways has healed my heart. I no longer feel like a stranger at church, but I feel like I belong.

I tried incredibly hard to get married during my 20s. Now I feel like marriage isn’t the right thing for me, at least for the foreseeable future. However, I am regularly counseled to marry a woman. I’ve had multiple priesthood leaders recommend that I marry a woman who also struggles with same-sex attraction. The last time a bishop said that to me I said, “That doesn’t feel like a good idea to me. I think at least one person should be attracted to the other.”

It is so discouraging for me and my gay friends to be counseled to just find a woman to marry. That’s what we’ve been doing for years and it has caused a lot of pain and anxiety. My life at 34 is nothing like I imagined it would be. It’s better! I had a narrow vision of what life was all about, but once I started to live by faith I was guided to a life that is more full and more joyful than I could have conceived of on my own.

being open about who I am in appropriate ways has healed my heart.

I wish everyone could elevate their vision, find out what we as individuals need, and then we can go from there.

Telling us that we just need to get married is often not the right choice. Just as some prospective missionaries are honorably excused from serving missions, I feel that God has honorably excused me from marriage, for now.

But Most of All

But most of all, I wish you could sit with me in my living room and be there during the many times Mormons with same-sex attraction have cried on my couch.

I wish you could be there in my office at school as LGBT latter-day saints have unloaded their frustrations on me.

I wish you could read all the emails and texts I get.

I wish you were there for the phone calls.

I wish you were there on the long walks I take with gay friends who want so much to be good and who strive their very best to live the gospel, but who feel lonely, trapped, and isolated.

I wish you could hear the many hundreds of stories I’ve heard.

What I Wish Latter-day Saint Leaders Understood About Being Gay

I wish you could be there in those moments when I sit with an LGBT brother or sister of mine.

I wish you could hear them share their struggles and also their love for God.

I wish you could feel the powerful Spirit that is always in those meetings as we open our hearts to each other and share our lived experiences.

I feel that if every church member could experience that we would be a much better people. We would be a more unified and inclusive Zion.

To read more from Ben Schilaty, please visit his blog at benschilaty.blogspot.com. 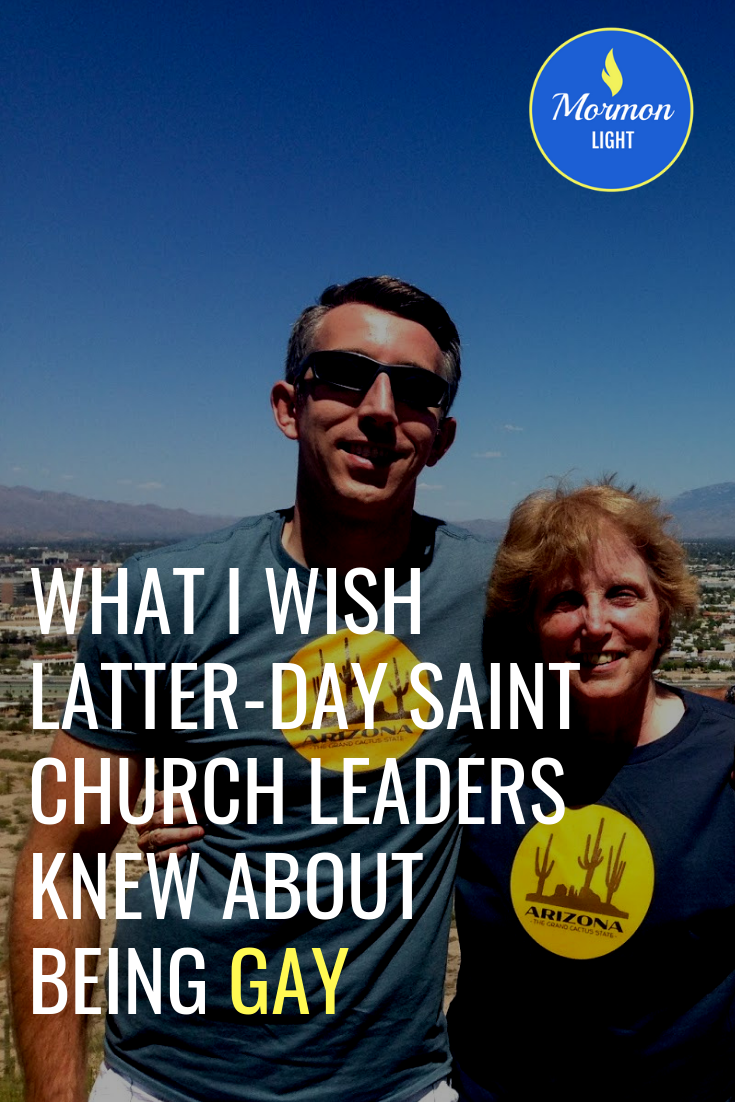 Written By
Ben Arkell
More from Ben Arkell
As a defender of the faith, and one who sustains the brethren...
Read More

This article is being shared with permission from Ben Schilaty, who is a professor at Brigham Young University where he teaches Spanish. He is gay,..." />