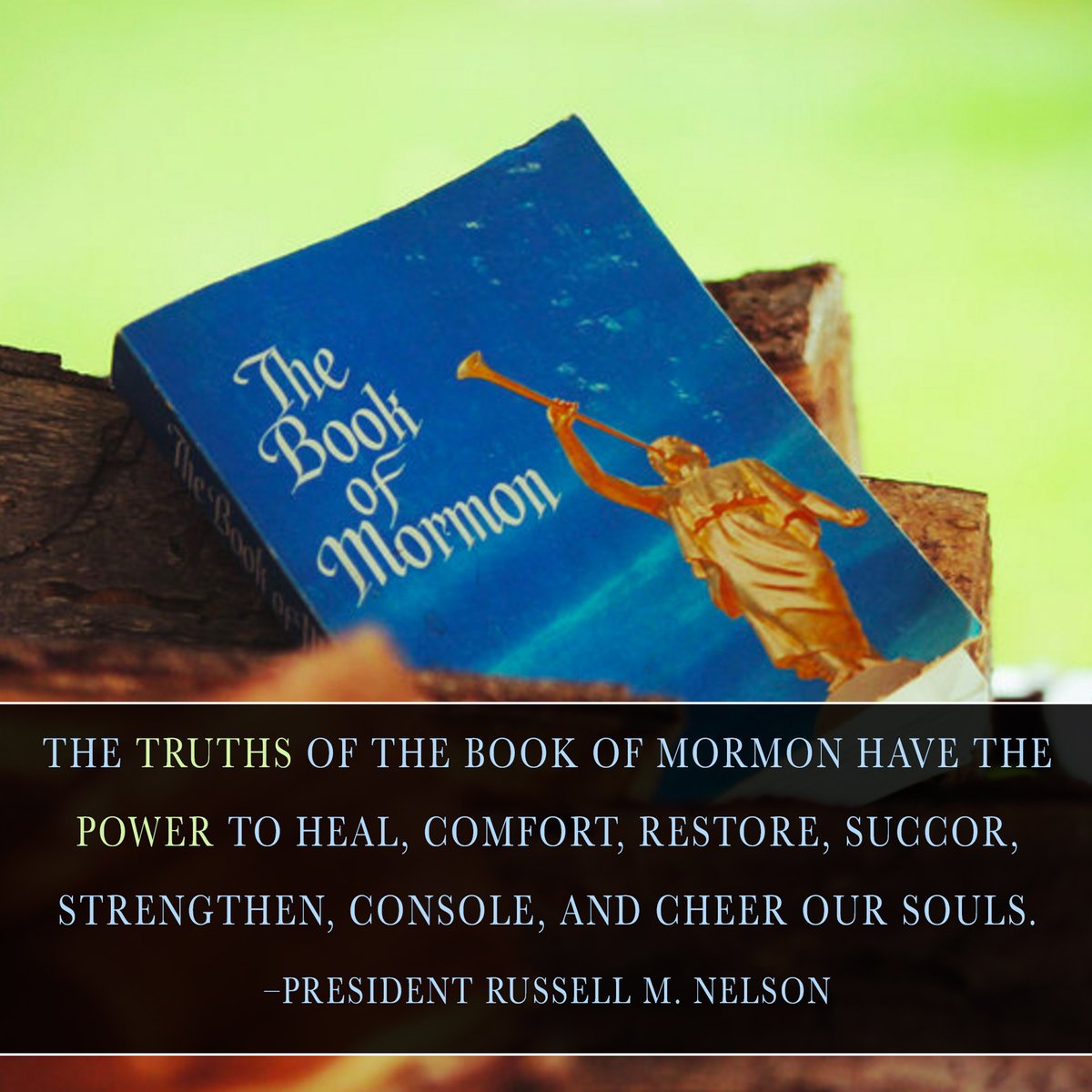 You know how some people just say things to be annoying?

If you have siblings, I’m sure you understand that all too well.

My brother always told me I was adopted – and he would only do it to get me riled up. He knew it wasn’t true. 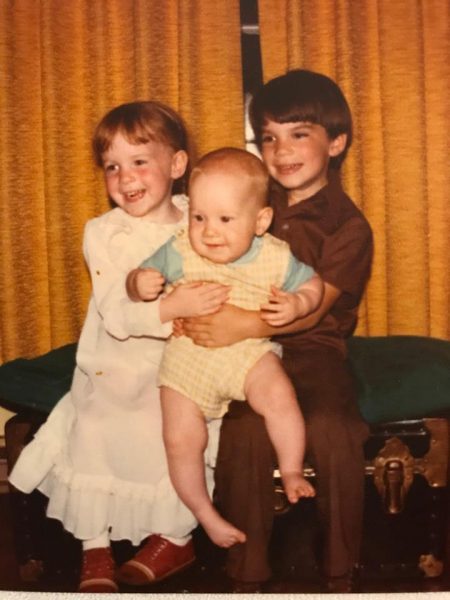 Here I am – being held by my brother who claimed I was adopted. 😉

No validity to it, it was just easy picking and whenever he felt like trying to get me mad he would toss that one at me.

I feel there are people who do something similar with regards to Joseph Smith and the Book of Mormon. 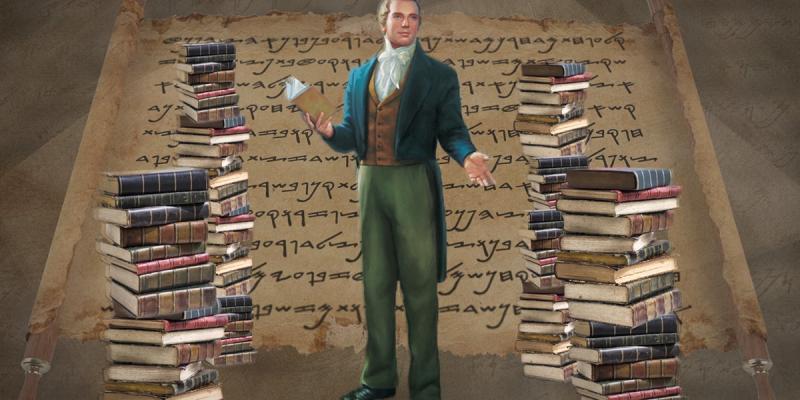 People say all sorts of things – trying to explain away the coming forth of the Book of Mormon.

“Joseph Smith copied the Book of Mormon from the Bible.”

“Joseph Smith copied the Book of Mormon from similar books of his time.”

Just stop it. You know this isn’t true.

You’re Kidding Yourself if You Think Joseph Smith Wrote the Book of Mormon. #bookofmormon

Joseph Smith could never do it. It could only come from God.

…the plates were delivered to Joseph Smith, who translated them by the gift and power of God.

Some critics have disparaged the Book of Mormon’s language for being too repetitive. This may lead readers to wonder if it has any literary merit at all.

The following video from Book of Mormon Central demonstrates that the Book of Mormon’s redundancies are actually sophisticated literary features which, in many cases, are similar or identical to literary techniques used by ancient Hebrew authors.

A number of other Hebrew features can also be found in the text. These traits provide remarkable evidence that the Book of Mormon is indeed a masterful work of literature. It just follows ancient, rather than modern literary standards.

If This Isn't the Greatest Missionary Mashup Video Ever, Tell Me What Is
← Previous
A Book of Mormon Musical for Latter-day Saints? Check This Out
Next →

Barney, a shame that Sidney never met Joseph Smith till over a year after the Book of Mormon was published. Oops. And please don’t start citing discredited third hand conspiratorial assertions that they knew each other before that time.

When someone copies translations of Hebrew text they will necessarily copy its literary forms. This is why the same literary forms that are found in the Bible's ancient manuscripts are easily found in all translations of the Bible. In fact it is impossible to translate a text without duplicating the structure of the text. A parallelism in Hebrew, for example, will translate into a parallelism in English, German, Farsi, Tagalog and every other language. The same holds true, though with less precision, someone simply imitates Hebrew text. It is impossible to imitate any literature without imitating the literary forms that the original literature contains. Since Joseph Smith and his conspirators (chiefly Sydney Rigdon) had everything they needed to copy from and to immitate the Bible, it is no big surprise that they actually imitated and copied the Hebrew literary forms found in the Bible (even if they did it inadvertently and/or subconsciously) as they created the Book of Mormon.

There will never be empirical evidence of the divine nature of the book, though there are many supplementary proofs. As with most things centered in Christ, the evidence comes after the exercise of faith, not before. The Book of Mormon is true scripture, a second witness of the divine mission of Christ, and a fulfillment of prophecy. The only evidence you will ever find, or ever need is the affirmation of the Holy Ghost, who bears witness to the truth of all things. I have no proof of Christ's divine sonship, or the existence of God, of life after death, or the truth of the Gospel. It does not make them any less true. "Now faith is the substance of things hoped for, the evidence of things not seen." If faith is not sufficient, no amount of worldly proofs will suffice. Lamen and Lemuel were visited by angels and witnessed miracles and still they did not believe. The Book of Mormon is what it is, scripture; Joseph Smith was a prophet; and God's church was restored by him in these last days. If you want to know, ask God, nothing wavering, and God who giveth to all men liberally, and upbraideth not, shall answer you.

The key argument here is the proposed Hebraisms, so let's evaluate them:

Simply by mimicking a scriptural style of writing Gilbert Hunt's "The Late War" managed to have plentiful examples of cognate accusative, negative questions, construct state, compound prepositions, and adverbials. Thus, these things really can't be claimed as any sort of powerful evidence for antiquity. A study is also available showing that all these same things show up in the 1833 "Book of Commandments." Once again showing very clearly that these things do not indicate an ancient document.

What about Chiasmus? If allowed to provide links, I can provide countless examples of "Chiasmus" in other modern writings. The Book of Mormon's writing is fairy repetitive and redundant, making it a perfect place for people to construct them out of the text even when there was no intent to create them by the author. Take Alma 36 for example. Most would say it is the most powerful example in the book, and yet even believing scholar Brant Gardner has acknowledge that this "chiasmus" was not actually on the plate text. Another believer, Blake Ostler, has said the same. Although some believers did studies trying to show that this chiasmus couldn't happen by chance, Wunderli did a very good study in response showing why the criteria used in those studies was problematic, and making some very good points. My point is simply that these things aren't as powerful as the video makes them out to be.

But I understand. At one point in my life I too felt that there was no way Joseph could have written this book. My mind was changed.