5 Reasons Why We Need the Book of Mormon 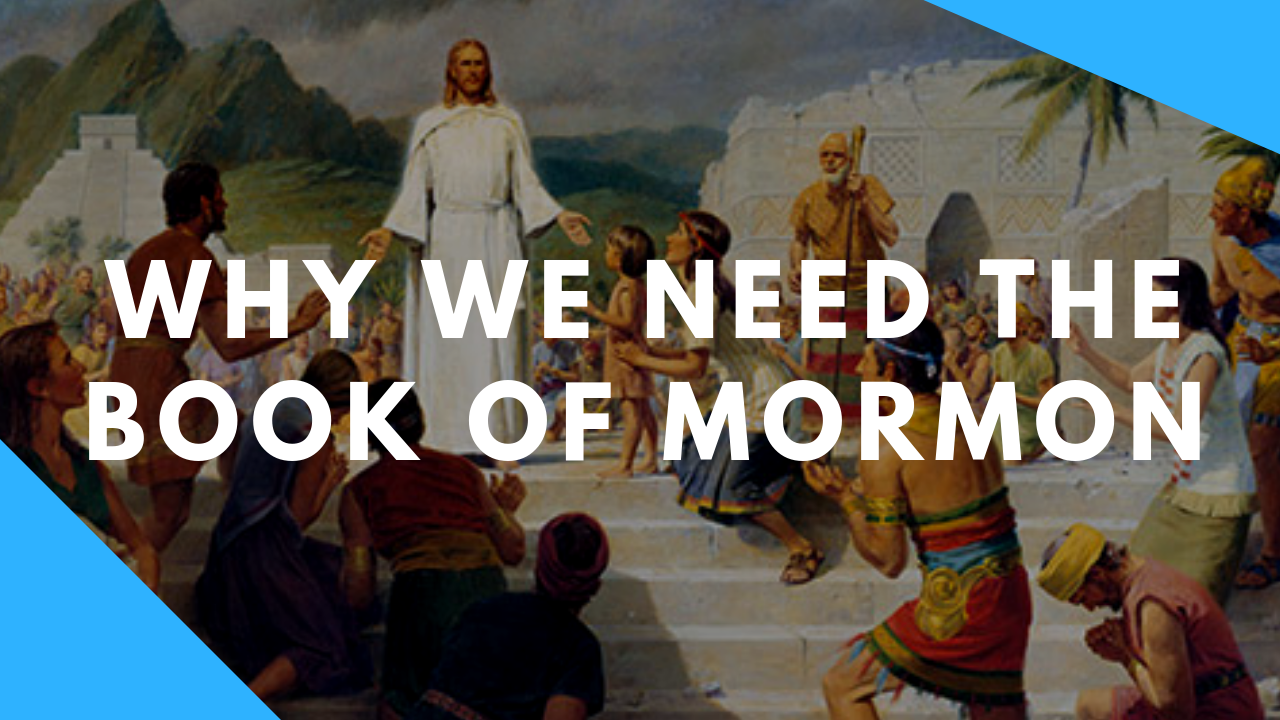 There are many reasons why the Book of Mormon is important in our day. 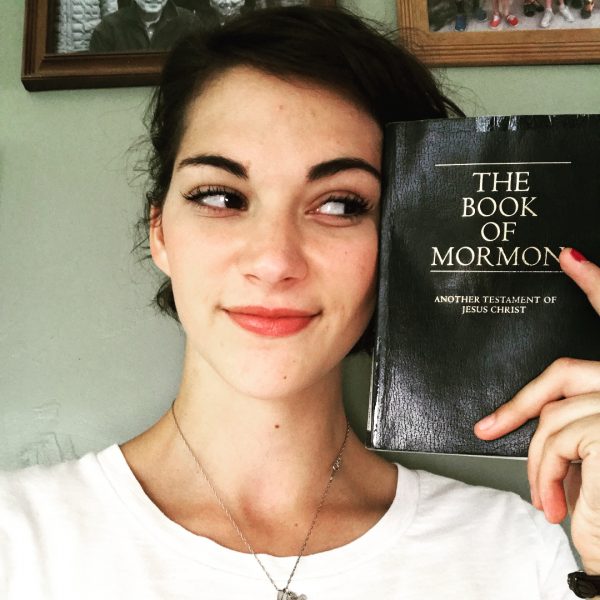 Another Witness of Jesus Christ

The scriptures show us a pattern of using multiple witnesses to establish truth in Christ’s Church. The Book of Mormon adds a second witness to the Bible as a testimony of Christ.

Elder Mark E. Petersen (1900–84) of the Quorum of the Twelve Apostles once said, “The chief reason we have the Book of Mormon is that in the mouth of two or three witnesses shall all things be established. (See 2 Cor. 13:1.) We have the Bible; we also have the Book of Mormon. They constitute two voices—two volumes of scripture—from two widely separated ancient peoples, both bearing testimony to the divinity of the Lord Jesus Christ.”1

President Ezra Taft Benson (1899–1994) has added, “We must not forget that the Lord Himself provided the Book of Mormon as His chief witness.”2 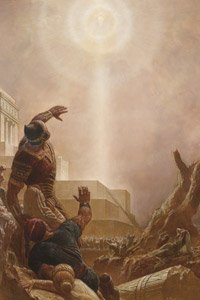 The Fulness of the Gospel

We know that “plain and precious things . . . have been taken away from” the Bible throughout time (1 Nephi 13:40). The Book of Mormon clarifies Christ’s doctrine and brings the fulness of the gospel to the earth once again (see 1 Nephi 13:38–41).

For example, the Book of Mormon helps us know that baptism must be performed by immersion (see 3 Nephi 11:26) and that little children do not need to be baptized (see Moroni 8:4–26).

Central to the Restored Church

Joseph Smith testified that the Book of Mormon is “the keystone of our religion.”3 Since we know this, it does not seem a coincidence that The Church of Jesus Christ of Latter-day Saints was organized on April 6, 1830, just 11 days after the Book of Mormon was first available for public sale on March 26, 1830. The Church was not organized until its keystone scripture was available for its members. 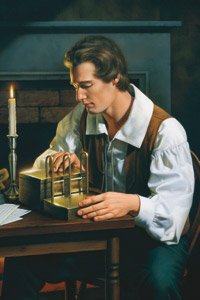 A Blessing in Our Lives

Regarding the Book of Mormon, Joseph Smith taught that “a man would get nearer to God by abiding by its precepts, than by any other book.”4 It has the power to change lives—including yours and those you share the Book of Mormon with.

President Henry B. Eyring, First Counselor in the First Presidency, has testified, “The effect of the Book of Mormon on your character, power, and courage to be a witness for God is certain. The doctrine and the valiant examples in that book will lift, guide, and embolden you. . . . Prayerful study of the Book of Mormon will build faith in God the Father, in His Beloved Son, and in His gospel. It will build your faith in God’s prophets, ancient and modern. . . . It can draw you closer to God than any other book. It can change a life for the better.”5

“The Bible is one witness of Jesus Christ; the Book of Mormon is another. Why is this second witness so crucial? The following illustration may help: How many straight lines can you draw through a single point on a piece of paper? The answer is infinite.

“What happens, however, if on that piece of paper there is a second point representing the Book of Mormon? How many straight lines could you draw between these two reference points: the Bible and the Book of Mormon? Only one. Only one interpretation of Christ’s doctrines survives the testimony of these two witnesses.

“Again and again the Book of Mormon acts as a confirming, clarifying, unifying witness of the doctrines taught in the Bible” (Elder Tad R. Callister of the Presidency of the Seventy, “The Book of Mormon—a Book from God,” Liahona and Ensign, Nov. 2011, 75).

Again and again the Book of Mormon acts as a confirming, clarifying, unifying witness of the doctrines taught in the Bible 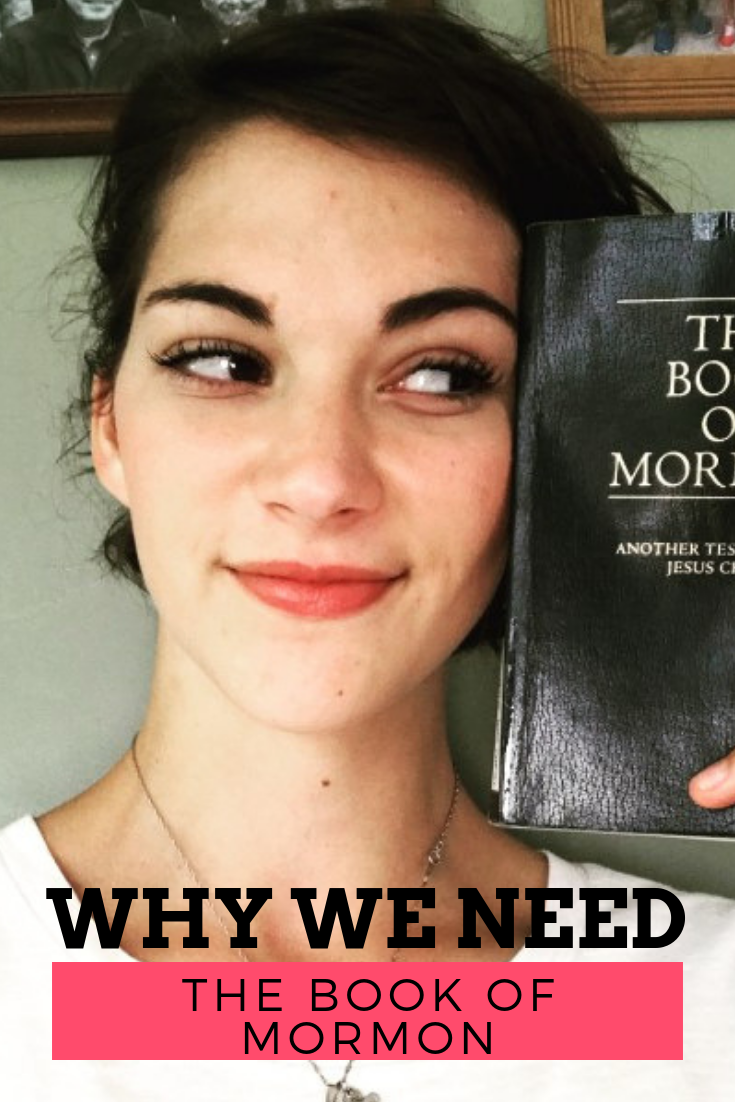 All Latter-day Saint Missionary Assignments To Be Received Online By End of 2018
← Previous
Powerful Face to Face Events Answers Tough Questions About Church History
Next →
Click here to cancel reply.

I love the book of Mormon

The Book of Mormon is God's gift to me and the whole world. It feeds my soul. It quench my spiritual thrist that filled me forever. I love the book more than anything in this world. It is my treasure that leads me to eternities.

Arlene, thank you for sharing your experience with us!

Thank you, in my life, I have read the old testament and the new testament, many times and it has to beg so hard to understand the, until being reading the Book of Mormon that's being easier to understand everything about our life here on this world, and Jesus Crist our savior, the only thing that its still hard for me its eternal life, to me its like a fantasy, a not jet a dream, a world without any suffering, an amazing and great world, a perfect world but still an imaginary world Amen.