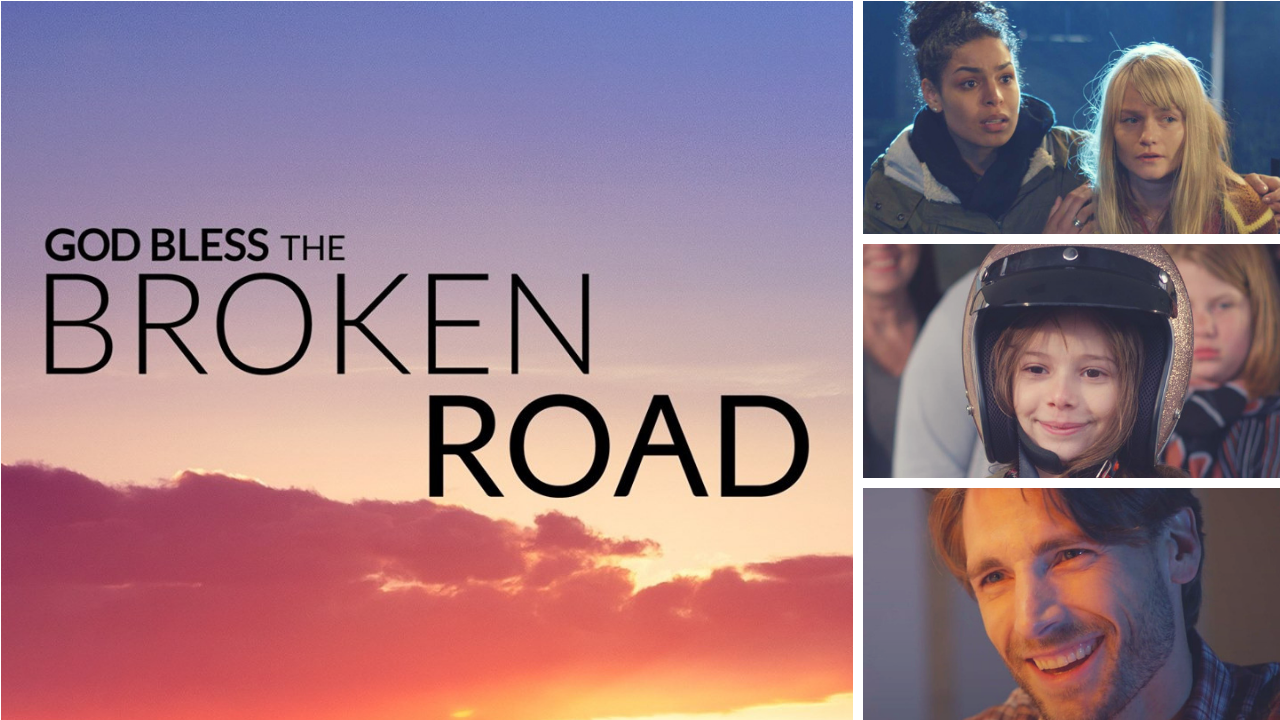 I get invited to attend lots of movie screenings and let’s just say some are better than others. I’m expected to spread the word and sometimes I won’t because I don’t feel that the movie was very good.

I attended a screening of God Bless the Broken Road and went in a little skeptical – skeptical because so many movies attempt to tell inspirational stories of God but they often leave me disappointed.

God Bless the Broken Road tells the story of a young mother who loses her husband in Afghanistan and struggles to raise their young daughter in his absence. 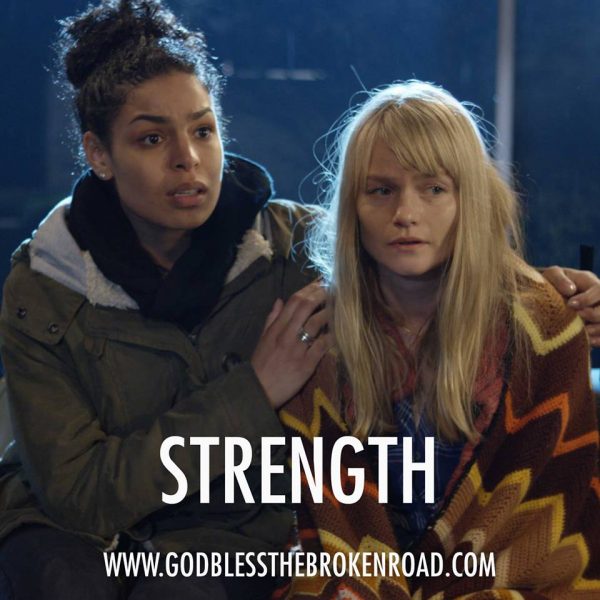 I’m always hesitant about watching Christian movies because sometimes I feel like they are pushing the God message so hard it feels forced. Don’t get me wrong, this movie has the expected scenes: the pastor (LaDainian Tomlinson by the way – football fans will know who that is) giving a sermon in church, people praying to God, and the faith crisis – but it had so much more it delivered well, that I wasn’t bothered by the handful of scenes that felt like they just needed to be in there because it was a Christian film.

God Bless the Broken Road found a way to make me feel something genuine, and in combination with all of the other powerful elements of this movie, it knocks it out of the park.

It is a movie that everyone should see. I promise that no one who attends this movie will leave without laughing, wanting to cry, and feeling some incredibly powerful emotions. Additionally, and something that is very important for me and my family, this was 100% family-friendly and clean in every way. 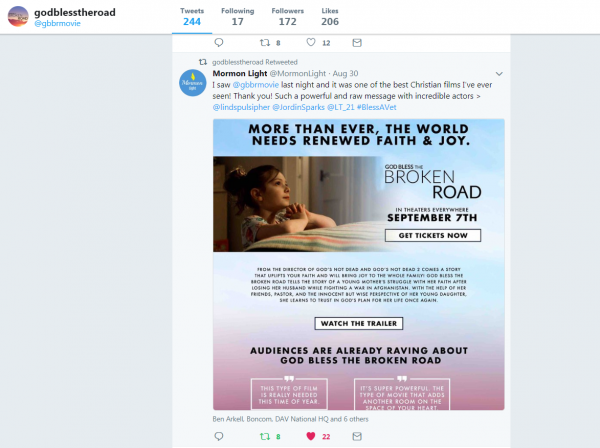 The movie had great humor sprinkled throughout, exceptional acting, and some truly powerful moments where I knew what was going to happen in my mind, and I tried to emotionally prepare for it, but it still got to me and made me cry.

When we were chatting about the movie with our friends who accompanied us, every single person had a different favorite character, which speaks to the fact that there were so many incredible actors who delivered powerful performances.

My favorites were the main actress played by Lindsay Pulsipher and her little daughter Bree, played by MaKenzie Moss, who was seriously the cutest thing ever. She did an awesome job for such a young actress. (It didn’t hurt that she has a little trouble saying her r’s just like my daughter does, so that made it even more fun for me to listen to her talk.) 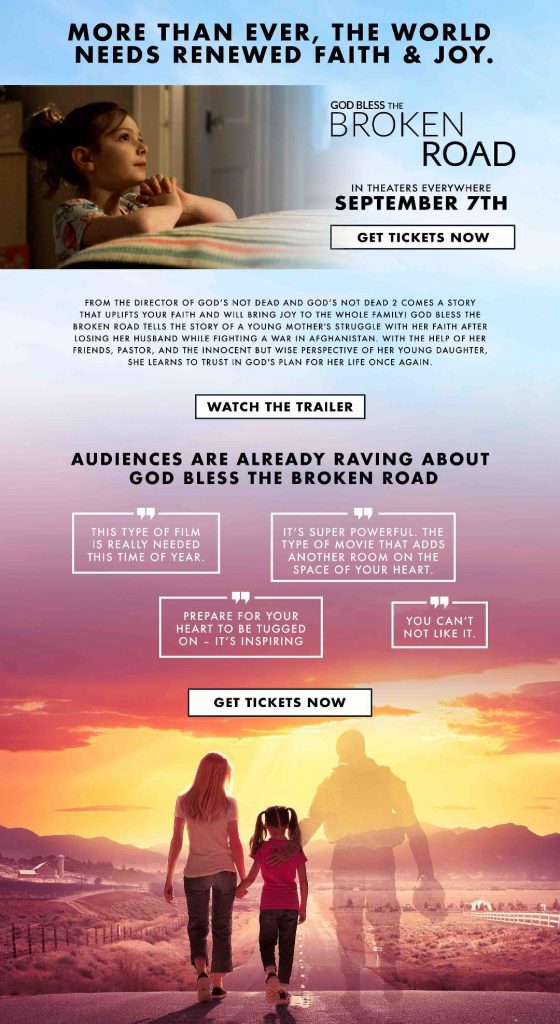 I want to say again that the acting was great! Sometimes you worry about the caliber of talent in these lower-budget Christian films, but I was pleasantly surprised, especially with the lead actress Lindsay Pulsipher. Every line she delivered was so authentic, I never felt like she was acting. There was actually one scene towards the end where all she said was, “Thank you,” and I felt something. That was such a cool experience.

My wife was happy too because the main male character, Cody, was one who makes quite a few appearances in Hallmark movies – and we all know how much women love Hallmark movies.

This might be the best Christian film I have ever seen.

You can also see a list of the full cast and screw here > CAST AND CREW and check out the trailer below.

We recorded some reactions from those who saw the film. See what they are saying. (I apologize for the low volume, I was standing too far back and didn’t have a mic. You might want to turn up the volume part way through)