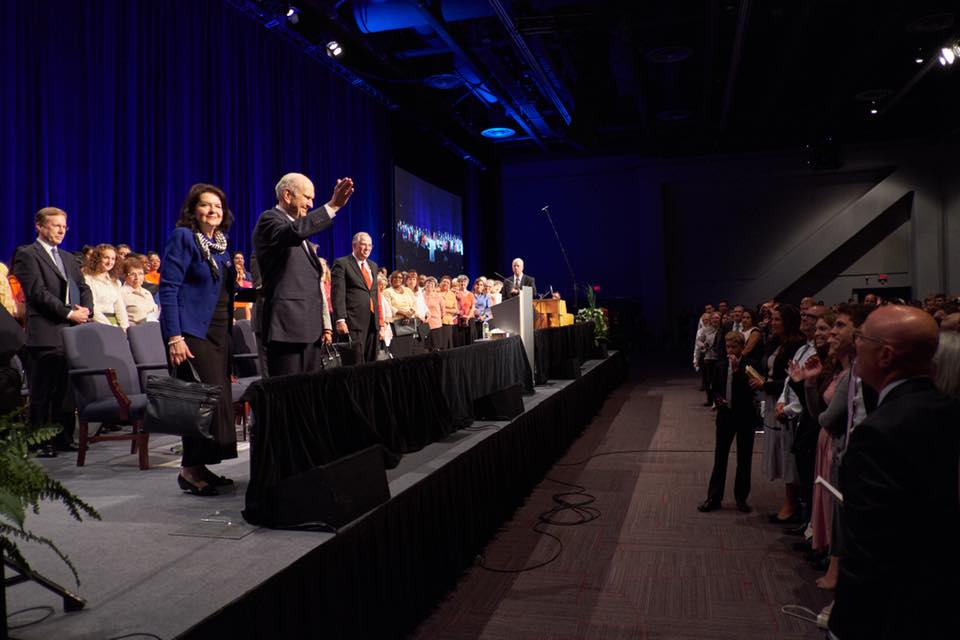 Having President Russell M. Nelson lead The Church of Jesus Christ of Latter-day Saints has been an absolutely incredible experience. Part of the reason for that is the dynamic woman he has by his side, in Sister Wendy Nelson.

Elder Neil L. Andersen and his wife Kathy felt something similar as they have spent this last week with the prophet and his wife on a tour of Canada.

Elder Andersen shared the following glimpse of a message that Sister Wendy Nelson shared with the saints in that part of the world. Sister Nelson is very in tune and has boldly declared the prophetic mantle that is upon her husband.

She is not short on receiving her own spiritual witnesses and promptings as well.

After returning to Salt Lake City late last night, Kathy and I have continued to think about and talk about the experiences of the past few days with deep appreciation for the unparalleled experience of being with President and Sister Nelson.

She said, “Two days after President Monson departed the Lord gave me a singular, most distinct experience with my husband. So distinct, so vivid, so clear. Every detail of that experience is seared in my mind and heart forever. Two days later it happened again, exact same experience again” (to her alone).

For Kathy, for me and for many other saints, her comments about revelation were powerful and reinforced our belief, “whether by mine own voice or by the voice of my servants it is the same.”

Sister Nelson explained that in their 12 years of marriage, she had watched the process of revelation and inspiration upon her husband but that since becoming the president of the Church, those revelations have “expanded exponentially.”

She explained, “He keeps a lined yellow pad of paper beside his bed.” Then she declared, “In the morning he holds up a half page to one and a half pages of notes with joy.”

Although she said that sometimes she remains close to him when this process is happening, sometimes she does not. She recounted a night in January when “I got the prompting, ‘move out of bed now.’”

“Two hours later he emerged from the room. ‘Wendy, you won’t believe what’s been happening. The Lord has given me detailed instruction on what I am to do.’”

Sister Nelson said that during the “last eight months it has been an experience to send my husband off to work. He comes back, different than when I sent him off in the morning. I have seen him change at the pulpit. I have heard him use phrases he hasn’t used before. I’ve seen him make changes at the pulpit.”

She said that just a few weeks ago speaking to young adults in a sacrament meeting, “I saw 30 years fall away.”

I, too, would add that it was amazing to me that a man fewer than three weeks away from being 94 years old could go to the pulpit last night in Toronto with no notes, never repeating himself and speaking for 45 minutes, with the audience of 8,000 riveted on him and his message.

When I commented on this after the meeting, President Nelson said, “Well, these people have come from a long way. They come prayerfully. The last thing they want me to do is come to the pulpit and read them a talk.” It was an experience of revelation.

She shares her personal witness of truths that will increase our capacity to receive and act on revelation from the heavens. In this volume, she offers a number of ideas for things we can do—and stop doing—in order to understand the Spirit’s direction more clearly. 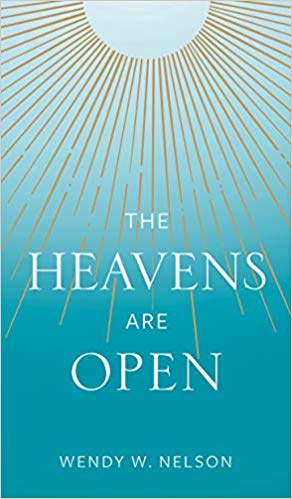 Clicking this image with take you to our Amazon affiliate account

“All I have witnessed, all I have experienced tells me that our Father wants to communicate with each one of His children and will do so commensurate with our desire and earnest seeking,” writes Sister Nelson. This remarkable book will help readers learn how to open that door.

God be thanked for a living prophet who receives detailed instructions from the Lord to bless us in our lives.

Thank you so very much for sharing this information. It is much appreciated.

Ha! Kick the woman out as she is not allowed to have anything to do with the extremely controlling patriarchy of the church. Pretty typical of the treatment of women within the church, and further proof to me that either God favors men and women equally, and the Mormon church is completely screwed up, or he prefers men over women, in which case I can't see why any woman wants to be a part of it.

@Jman_217, Why does anyone, male or female want to devote every minute of their waking life to direct a organization composed of millions of people from different societies and races, who don't offer you a thank you in return. Most especially in your senior years when you could be enjoying the fruits of your lsbor?

@Ben Arkell, 😂😂😂 spoken by a man. You don't know the first thing about empowering women. Also, been there, read that.

@Jman_217, all of us are invited to receive personal revelation, and one is invited to hold the keys of revelation for the entire church. All of us, men and women, were created by Heavenly parents. We were each created in their image and likeness “male and female, created he them”. Our Heavenly mother is Heavenly Fathers equal. This is true doctrine and what the church teaches. It seems you grew up with a different experience, in a home, Ward or stake that taught something contrary to the true doctrine. My counsel: forgive those who didn’t understand the true doctrine and move forward. Lift yourself by lifting up others. It’s obvious you’re a gifted and talented person with strong convictions. Use all of that energy to lead, inspire and help others understand truth.

I think you would enjoy reading Women and the Priesthood by Sheri Dew. No other organization in the world does as much to empower women as does The Church of Jesus Christ of Latter-day Saints.

I love reading personal witness of our Lord and Savior. I have always hoped to see or hear him in my dreams.

We thank thee Oh God for a Prophet to guide us in these latter days. We need him so very much. Im personally so very thankful for our Prophet and Apostles and pray always for them and their families.