Emma Smith is making a comeback.

For the second time this year, her name headlines a movie that digs deep into the heart of this incredible woman and gives viewers a chance to understand the many difficulties she had to endure.

After the release of In Emma’s Footsteps, a poignant look into the life of Emma Smith following the death of her husband Joseph, another film with ties to Emma is hitting the big screen.

However, in this latest movie, Jane and Emma, the spotlight rests on another incredibly important figure in Latter-day Saint history, Jane Manning.

“In 1843, Jane Elizabeth Manning James and her family were denied passage aboard a steamship because of the color of their skin. Determined that no one would keep her from where God had called her, she walked 800 miles from Buffalo, New York to Nauvoo, Illinois.

At the end of their journey Jane and her family found themselves on the doorstep of Emma Hale Smith, wife of the Prophet Joseph Smith. Despite the social disparities of the time, Emma answered the door and said, “Come in, come in.” Thus began the unlikely friendship of Jane and Emma.”¹

Jane was a tremendous black Mormon pioneer who remained faithful to the gospel of Jesus Christ throughout her whole life, though she was never permitted to receive temple ordinances – even though she petitioned Church leaders many times.

Toward the end of her life, almost blind and crippled by a fall, Jane said:

“I want to say right here, that my faith in the gospel of Jesus Christ, as taught by the Church of Jesus Christ of Latter-day Saints, is as strong today, nay, it is if possible stronger than it was the day I was first baptized.”²

One description that paints the story of this movie says:

Two women. One white. The other black. Society mandated they be enemies. The gospel of Jesus Christ required they be friends. On the eve of the death of Joseph Smith, his widow, Emma, is on the brink of destruction. In order to stand with her friend in her darkest hour, one woman, Jane Manning, will need to hear the voice of God once more. Can she hear His voice again? And if so, can she find the strength to abide it? 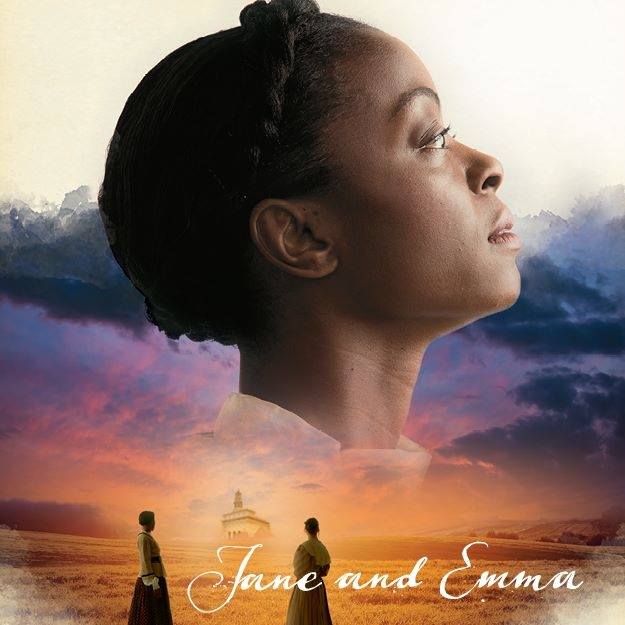 Watch the powerful trailer below, and learn more at www.JaneAndEmmaMovie.com

A screening of the movie was shown in Provo during BYU Education Week and the feedback was incredible. John Dye of Mormon Life Hacker did some livestream interviews after the screening to capture some of the reactions. You can check that out below. It will make you want to watch the movie!

“Ten Most Important Things I Know for Sure” by President Russell M. Nelson
← Previous
Why Sister Nelson Received the Prompting to "Move Out of Bed Now"
Next →

A powerful and moving film that brought history to life. Important conflicts and themes that we still face today were well portrayed throughout the film. The actor's emotions were very convincing and the overall production was professional and enjoyable to watch.

I would love to see these movies, but seems that they're only available in Utah. Sad.

Last week Pres. Nelson made an announcement that we should never use the term "mormon" or "mormonism" when speaking of the Church and ourselves. We are to use the full name of the Church, or speak as ourselves being members of the Restored gospel of Jesus Christ. The term LDS is also out, as it leaves Jesus Christ, who is the center of the gospel out of the picture. You need to update the terms used in all your articles.