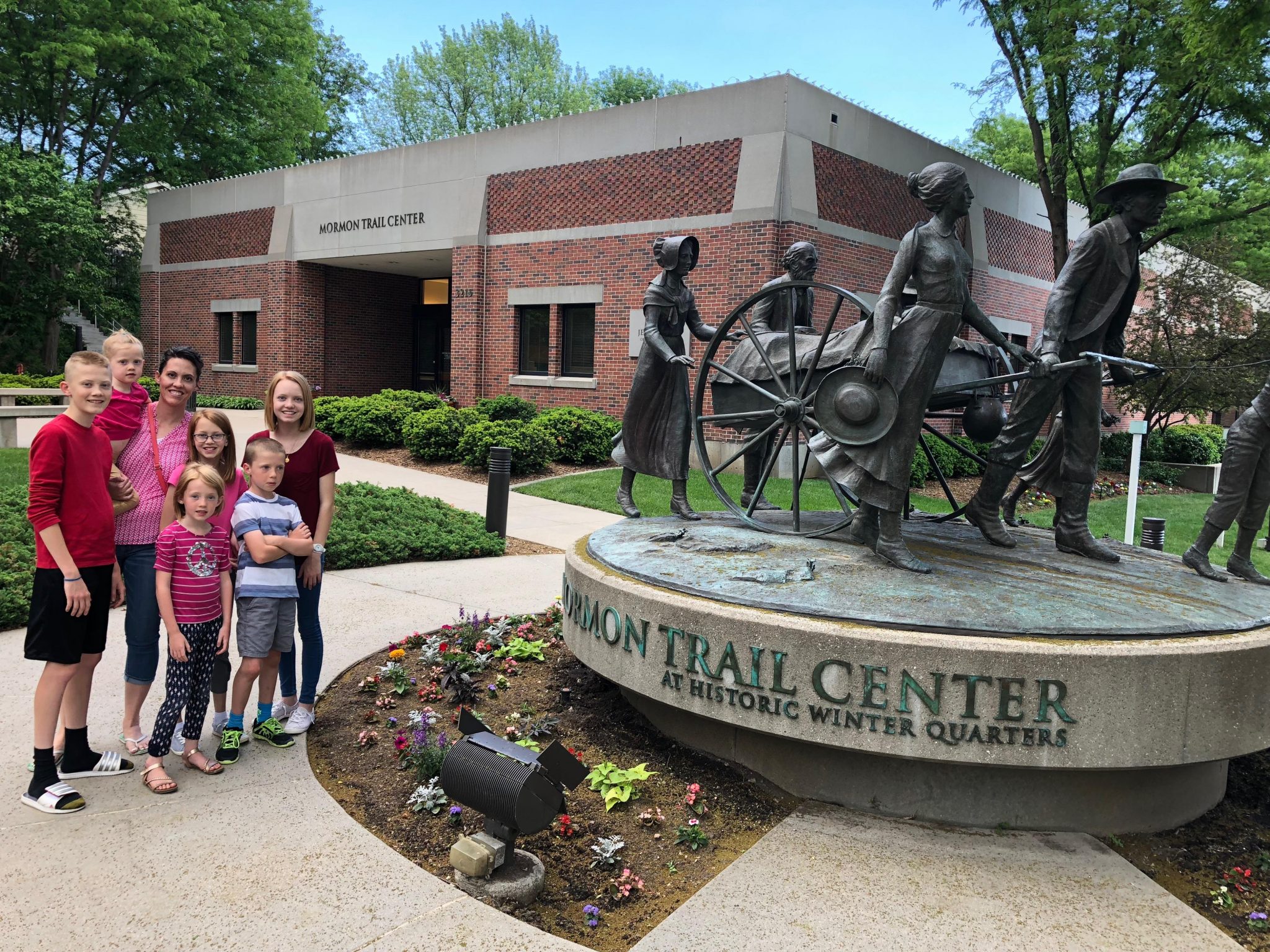 You often hear about the Mormon saints leaving Nauvoo, and about their miraculous arrival in Salt Lake City. That was the start and end of their arduous journey during the years of 1846 and 1847. What you don’t often hear much about is their stop along the way at Winter Quarters, Nebraska.

In 2018, my wife and I packed our six kids and limited luggage into our minivan on our Called to Share Trek Across America to visit the church history sites. We started in Utah and our first stop was in Winter Quarters, Nebraska.

1.  The Headquarters of the Church

Winter Quarters served as the headquarters of the Church for less than a year, until the leadership moved west in 1847. By Christmas 1846, Church members had constructed a large stockade and about 700 homes. 1

That year was a trying one.

“After losing one son to death and nearly losing another, Elder Wilford Woodruff of the Quorum of the Twelve Apostles lamented, “I have never seen the Latter-day Saints in any situation where they seemed to be passing through greater tribulations or wearing out faster than at the present time.”

It is difficult to determine precisely how many perished during the winter of 1846–47, but clearly they were dying in epidemic proportions. Mary Ellen Grant remembered “people dying by hundreds, principally with the scurvy.” Based on available records and estimates, it is estimated that a minimum of 723 died between June 1846 and May 1847 in settlements on both sides of the Missouri River and back along the Iowa trail. Nearly half the deaths were infants two years and younger. Based on the lower number of counted deaths at Winter Quarters the following year, it appears that at least 1,000 died at the camps from 1846–48.” 2

2.  The One Dollar Temple Lot

Today, as you look out the window of the Mormon Trail Center you can see the Winter Quarters Temple in the background. From this visitor’s center window almost 20 years ago, all that was there was a cemetery. One day President Gordon B. Hinckley looked out these same windows and declared a temple should be built in that spot, but there was one problem – the land wasn’t owned by the church.

According to missionaries at the visitor’s center that gave us the tour, the city of Omaha was contacted and they agreed to sell the plot of land toe the church for $1. Apparently a few years earlier many Mormons helped the city clean up after some devastating storms hit the area, and that left a lasting impact on many in Omaha. For this reason they were willing to part with the land for $1, and everyone was amazed – except probably President Hinckley. 🙂 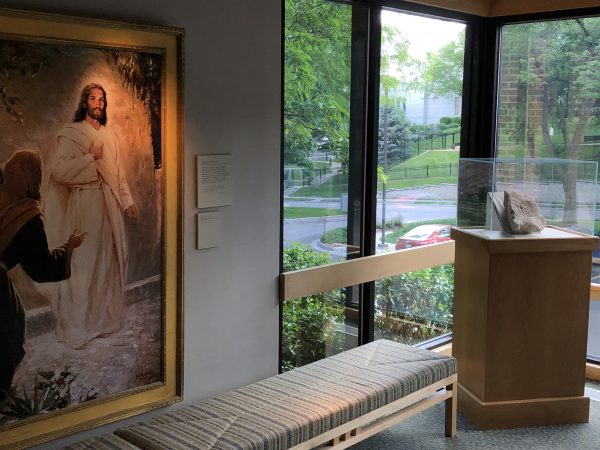 3. The Only Temple with a Cemetery

The Winter Quarters temple was built on a piece of land that was a cemetery for the early Saints who stopped there on their travels west. Later, when many of the saints moved on, the city used this as a cemetery as well. After the Visitor’s Center was built across the street and President Hinckley looked out the window towards the cemetery, he looked to the left and said a temple would be built in that spot.

The Winter Quarters Temple is the only LDS temple that actually has a cemetery on the lot. There are other temples (Panama City and Kirtland to name a few) that have cemeteries very close to the grounds, but they are not part of the actual temple lot. 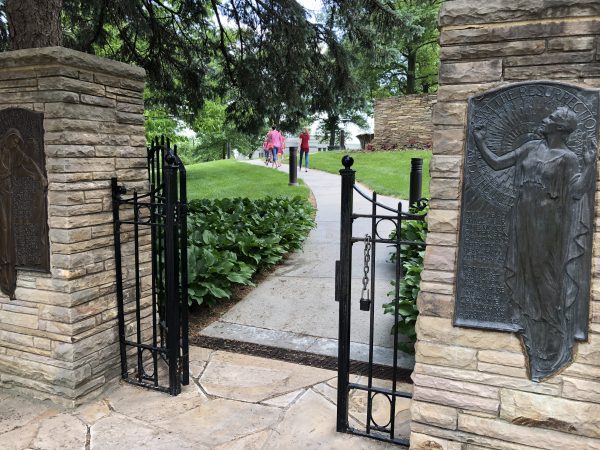 4. The Return of Oliver Cowdery

Just down the hill in Kanesville, Iowa some incredible events took place of historical significance for Latter-day Saints. One of these events involved Oliver Cowdery.

“On Sunday, 12 November 1848, Apostle Orson Hyde stepped into the cool waters of Mosquito Creek near Council Bluffs, Iowa, and took Mormonism’s estranged Second Elder by the hand to rebaptize him.

Oliver Cowdery, renowned as one of the Three Witnesses to the Book of Mormon and one of six founding members of the Church of Jesus Christ of Latter-day Saints, had spent ten and a half years outside the church after his April 1838 excommunication.

Later that autumn day in 1848, Elder Hyde, president of the Quorum of Twelve and the church’s presiding official at Kanesville-Council Bluffs, laid hands upon Oliver’s head confirming him back into church membership and reordaining him an elder in the Melchizedek Priesthood.” 2

5. Sustaining a New First Presidency in 1847

This replica tabernacle in Kanesville, Iowa was originally a block up the street from its current location and is where President Brigham Young and his counselors were sustained as the First Presidency in 1847 in a solemn assembly. Joseph Smith was murdered on June 27, 1844, so they church functioned without a prophet or first presidency for 3 1/2 years. 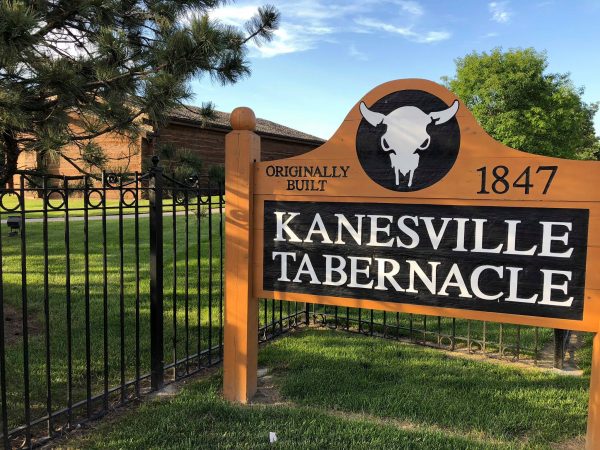 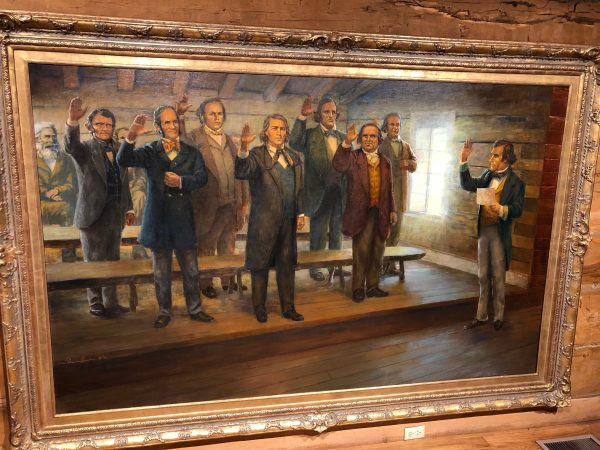 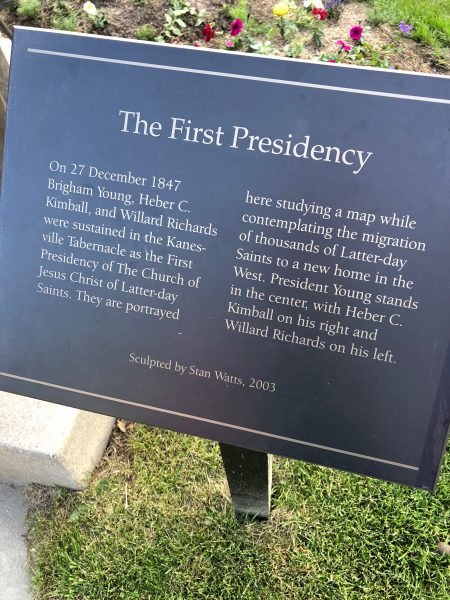 Section 136 of the Doctrine and Covenants was “The word and will of the Lord, given through President Brigham Young at Winter Quarters, the camp of Israel, Omaha Nation, on the west bank of the Missouri River, near Council Bluffs, Iowa.”

It contained instructions on how to organize the camp, who should be called as leaders, and included counsel and commandments that the people were invited to follow so that their enemies would not triumph over them.

I am he who led the children of Israel out of the land of Egypt; and my arm is stretched out in the last days, to save my people Israel.

Loved the article. But it’s not that far from us.

Thanks Jann! Glad you liked it! Do you visit there often?

Thanks for the history it has really helped me understand things more,God richly bless you for your work