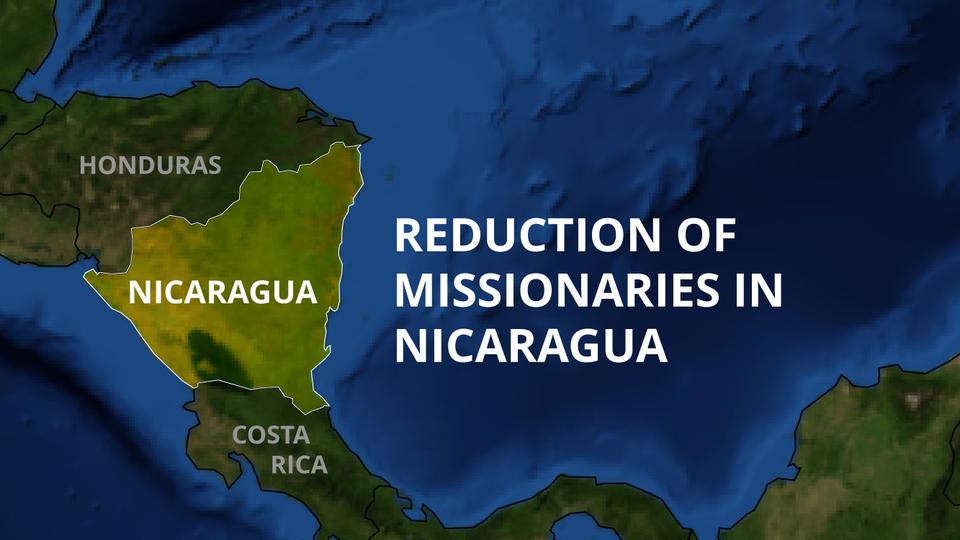 Due to growing political instability in Nicaragua, the Church is in the process of transferring 169 missionaries out of that country. This includes 37 missionaries from the Nicaragua Managua North Mission, all of whom were nearing the end of their service and will return home.

The Church will continue to closely monitor conditions and developments in Nicaragua. We pray for the people there as they navigate this difficult time in their country.

The first missionaries arrived in Nicaragua in 1953. The first convert was baptized the following year. In September 1978, civil war forced missionaries to leave the area. Work resumed in the late 1980s. In 1987, a group of Church members traveled by bus to visit the Guatemala City Temple.

Membership was approximately 3,500 when the Nicaragua Managua Mission was organized in October 1989. Membership increased to 8,000 by December 1990. In the past five years, membership in Nicaragua has more than doubled.

In a recent article published on lds.org, reactions to the recently announced temple in Nicaragua were shared:

Sister Reyna I. Aburto, Second Counselor in the Relief Society General Presidency, sat smiling from her seat behind President Nelson as he announced the first temple for her hometown of Managua, Nicaragua.

“Hearing the wonderful news about the Managua Nicaragua Temple was a pleasant surprise for me,” Sister Aburto said. “My heart is full of gratitude toward the Lord because I know that so many members in my home country will have the blessing of a temple closer to them. … It will be a source of revelation, comfort, and peace for the faithful members in Nicaragua.”

And for Rodolfo Aviles and his family, the announcement has already served as a comfort and an answer to their prayers.

After moving to Utah a year ago, Aviles said he had been feeling that perhaps a temple was in the near future for his hometown of Managua. After having told his sister, who still lives in Nicaragua, that he thought a temple announcement might be coming for them, she made every effort and sacrifice necessary to make a trip with her mother to visit Aviles in Utah.

“We thought that it would be on Saturday that they would announce [temples],” Aviles said, explaining that he and his family got tickets for the Saturday sessions of conference. “So it was 3:55 p.m. on Sunday, the last session, and we thought, ‘OK, well they didn’t announce any new temples.’”

Moments later, they were all crying after hearing the prophet say “Managua, Nicaragua.”

“It was quite an emotional moment,” Aviles said. “It was just an answer to a lot of prayers.”

Growing up in Nicaragua, the nearest temple for Aviles was in Guatemala, and it was never an easy trip to get there. Passports were often hard to come by, and on some trips the buses would get stuck at the borders for hours.

“It was quite difficult and challenging to get to the temple,” Aviles said. “But as soon as you could see that angel on top of the temple, it was all worth it.”

We hope that the work of the Lord will continue to move forward in Nicaragua so the temple construction will not be hindered in that land.